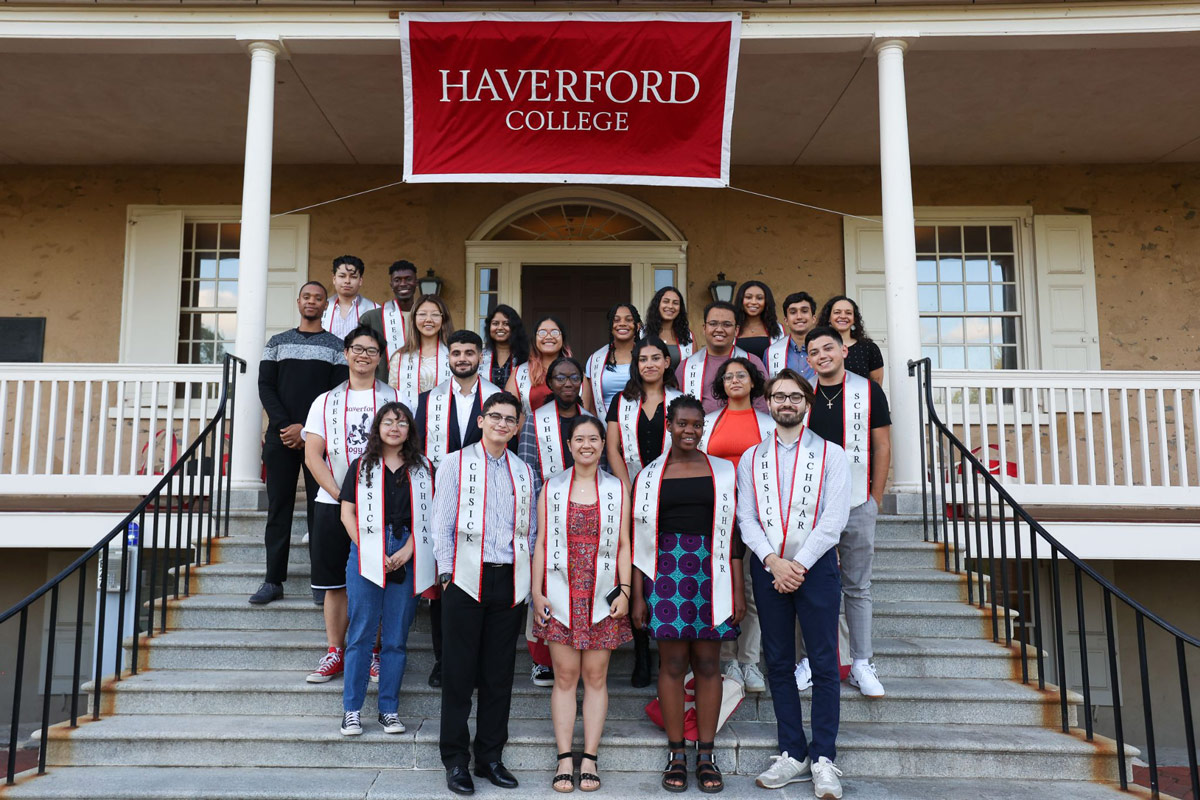 Note that not all students who identify as first-generation also identify as low-income, and vice versa. FLI students’ stories, like all students’ stories, are complex and unique and allowing students to self-define is central. Students for whom neither parent has a Bachelor's degree and/or who have an estimated family contribution (EFC) of under $7500 according to Haverford's financial aid office are automatically enrolled in the Chesick Scholars Program upon matriculation to Haverford. If you have not received an invitation to the program, but feel you fit the general definition of a FLI student, please email Christina Rose, Director of the Chesick Scholars Program, at cmrose [at] haverford.edu to request access.

The Chesick Scholars Program provides a welcoming community and a suite of workshops, seminars and experiences that have been especially designed for first-generation college students and/or students who come from low-income (FLI) backgrounds.

The staff of the Chesick Scholars Program, together with faculty and FLI Student Leaders, run a variety of programs, which include summer programs and workshops prior to the start of your first year,expanded faculty mentoring, monthly academic and social gatherings during the school year, and more.

The focus of all Chesick activities is to provide practical guidance for students to achieve their personal, academic and professional goals as part of a supportive community of fellow students, staff and faculty. All first-generation and/or low-income students are automatically Chesick Scholars, but students can pick and choose to commit to any (or all) of the program’s offerings. More details for each component of the Chesick Scholars Program can be found on this site.

The Chesick Scholars Program was originally funded in 2012 by a pilot grant from the San Francisco Foundation, and is currently supported by generous donations and grant recommendations made by alumni, parents, and friends of the College. Support Chesick and other programs helping students