The Scarlet Sages are all Haverford College alumni who have celebrated their 50th Reunion. The group was started by Mather Lippincott '43.

The Scarlet Sages exist to enjoy the good life begun at Haverford, and shall join with classmates and Sages from neighboring institutions to further this pursuit of happiness.

The Scarlet Sages, along with the Bryn Mawr Golden Sages, and Swarthmore Garnet Sages plan trips throughout the year, typically in the Philadelphia region. Past events have included museum trips, lectures, and musical performances. For information on upcoming Scarlet Sages events, contact Liz Campbell, Scarlet Sages Coordinator, at (610) 896-1189, or ecampbel [at] haverford.edu.

If you would like to be more actively involved and join the Scarlet Sages Planning Committee, which meets several times a year on Haverford’s campus and can also be joined by conference call, please let us know. We also invite you to offer suggestions for future activities or events.

Looking to relive some Haverford memories? Listen to a choral concert from the 1959 Haverford Glee Club, conducted by Charles Ludington. Haverford College songs begin at 38:20 minutes.

Many thanks for your past interest, participation, and support. We look forward to seeing you at future events. 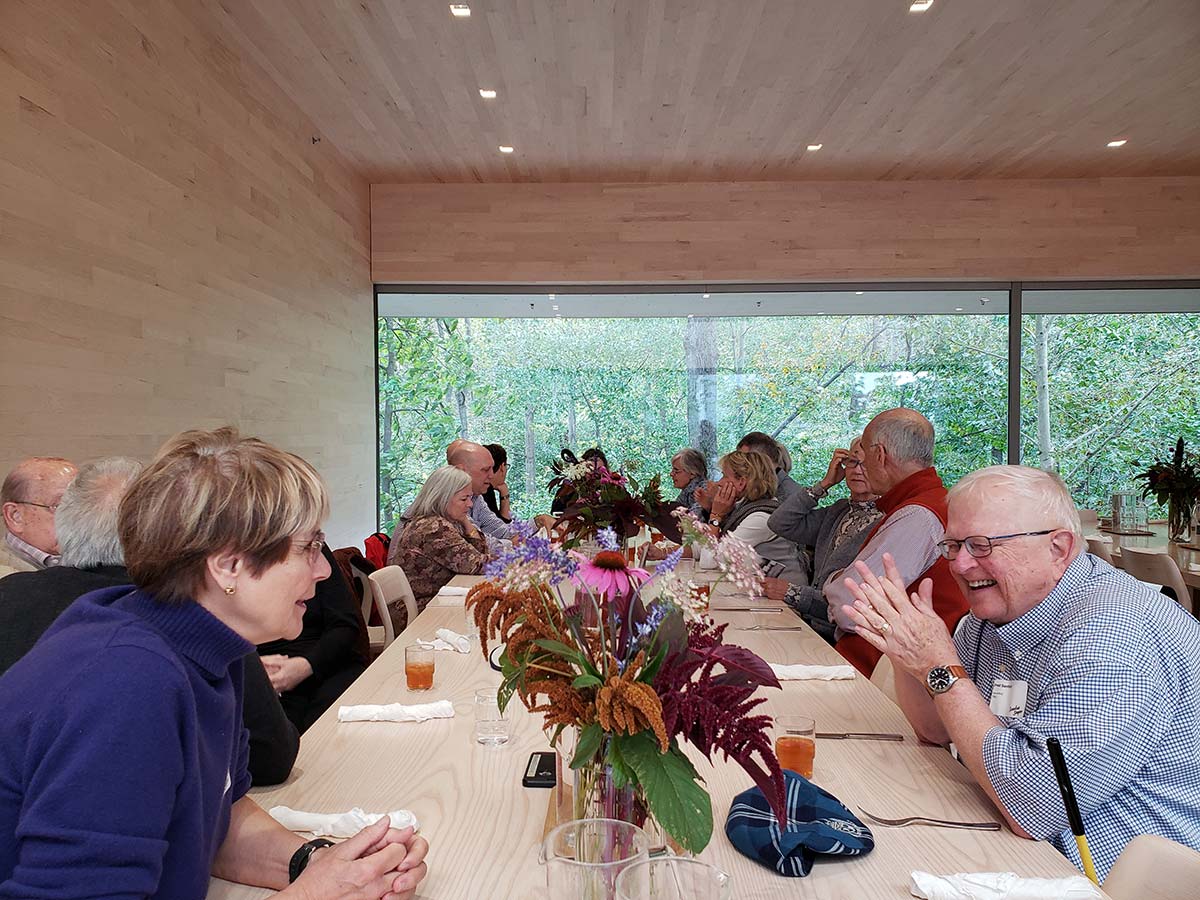 On October 17, 2019, Scarlet Sages and other members of the Haverford Community visited Glenstone Museum in Potomac, MD, for a self guided tour of the private museum and grounds, followed by a communal lunch. 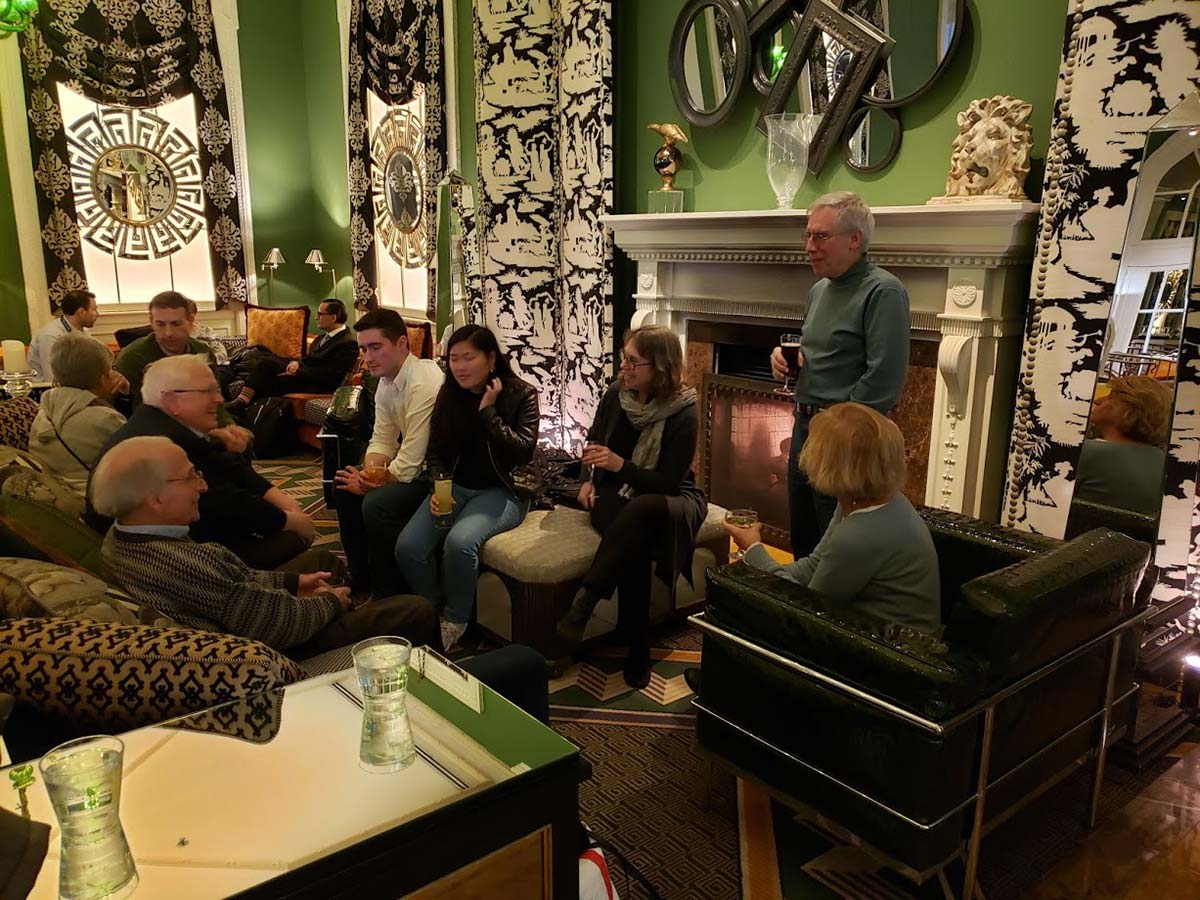 On March 2, 2019, Scarlet and Golden Sages, and members of the Haverford community, toured the Smithsonian Museum of American Art and then gathered for cocktails at the Kimpton Hotel Monaco. 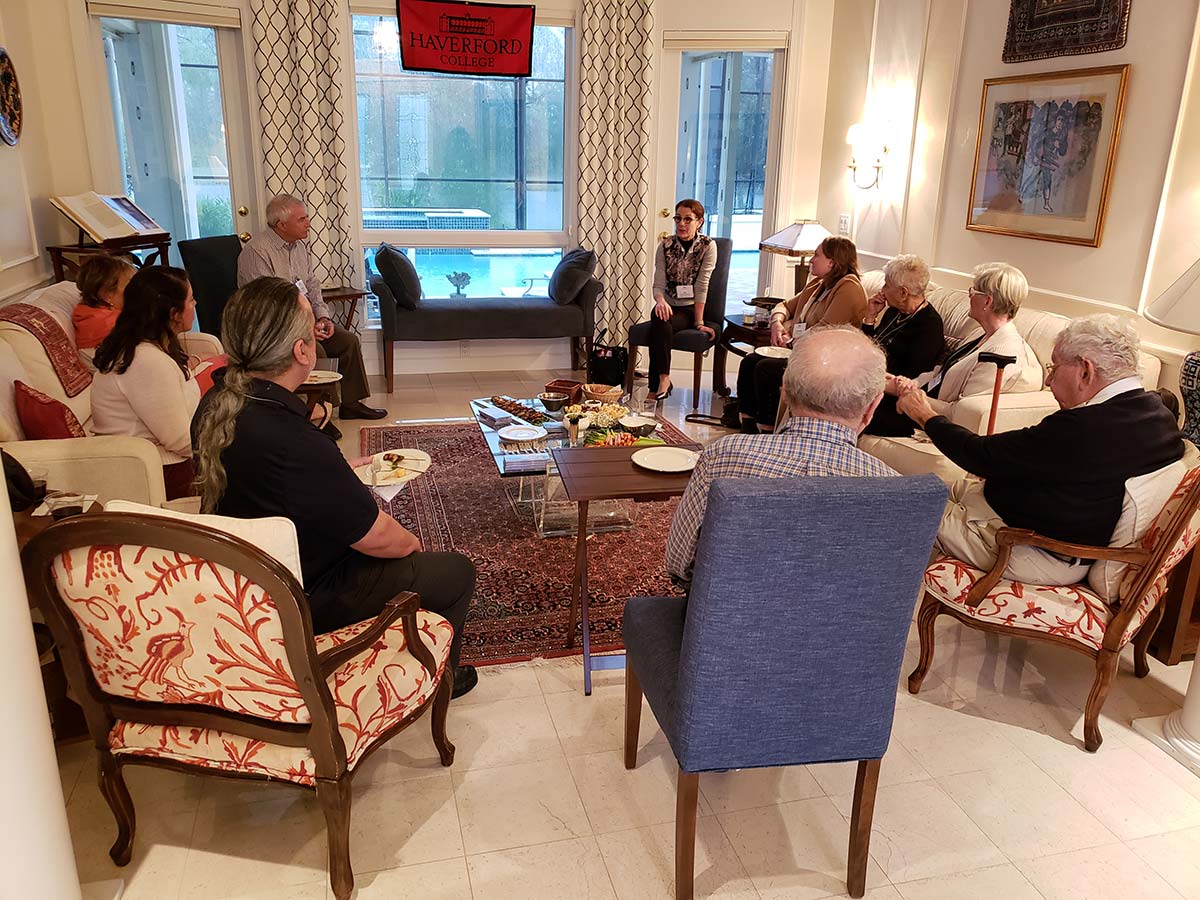 On January 27, 2019, Scarlet Sages and members of the local community in Naples, FL, gathered to hear an update on the state of the College at the home of Jim '60 and Barbara Howard.

Don Scholl, Haverford Class of 1959, leads discussion in the book bindery on the grounds of the Historic Sugartown Village.

D.C. Sages enjoy a performance and talk-back session with cast members of The Velocity of Autumn at the Arena Stage. 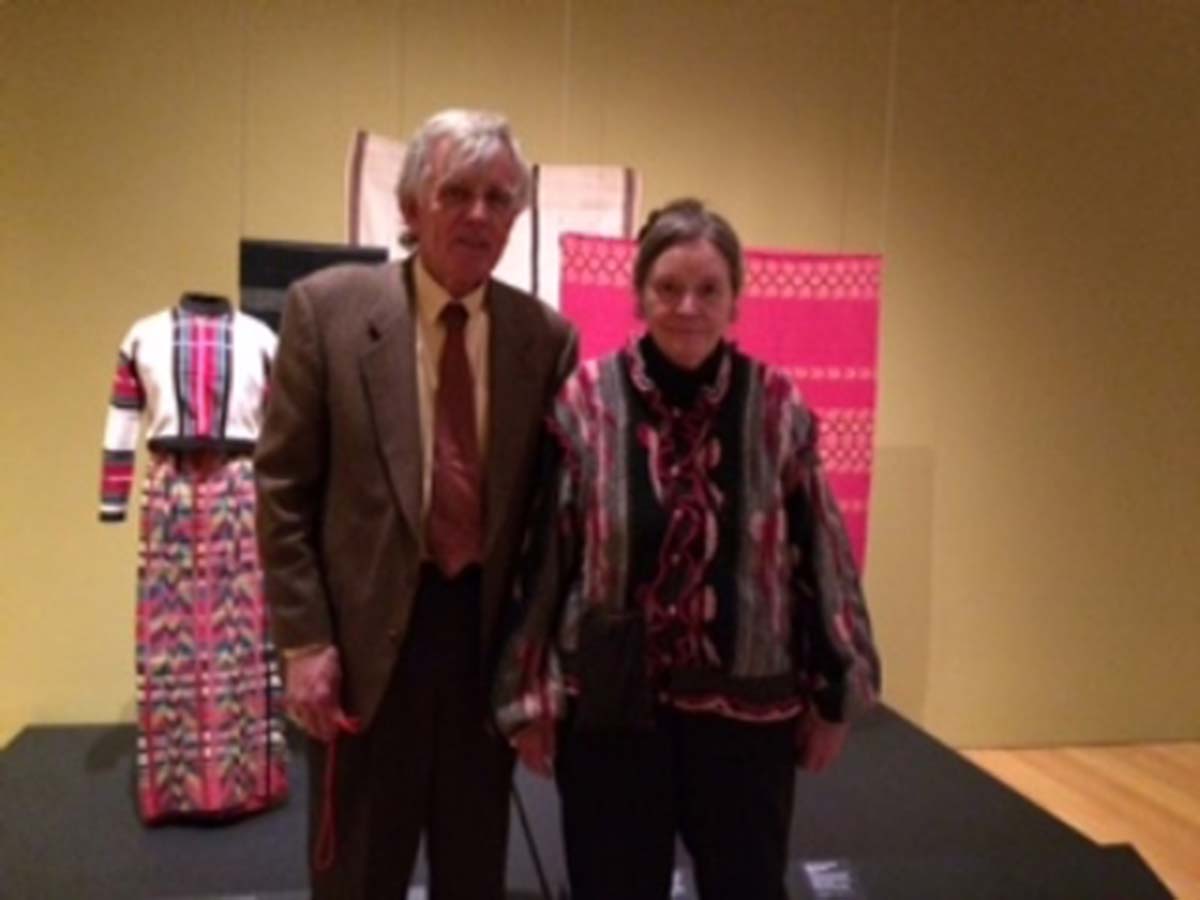 David '65 & Barbara Fraser stand by one of the many textiles on exhibit at the Perelman Museum of Art. 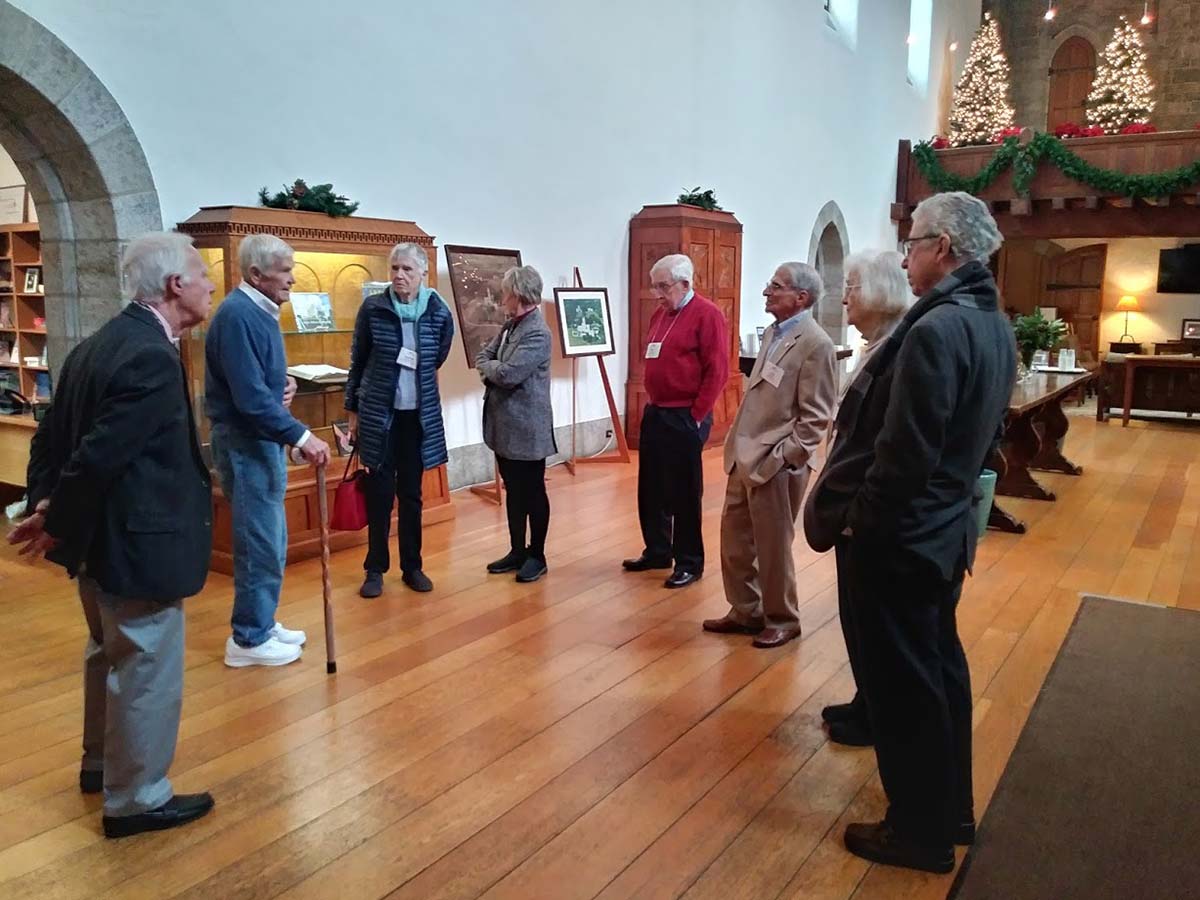 On December 5, 2018, local Golden and Scarlet Sages gathered in Bryn Athyn, PA, for a tour of the Glen Cairn Museum followed by a Bryn Athyn Cathedral tour, led by John Acton '50.