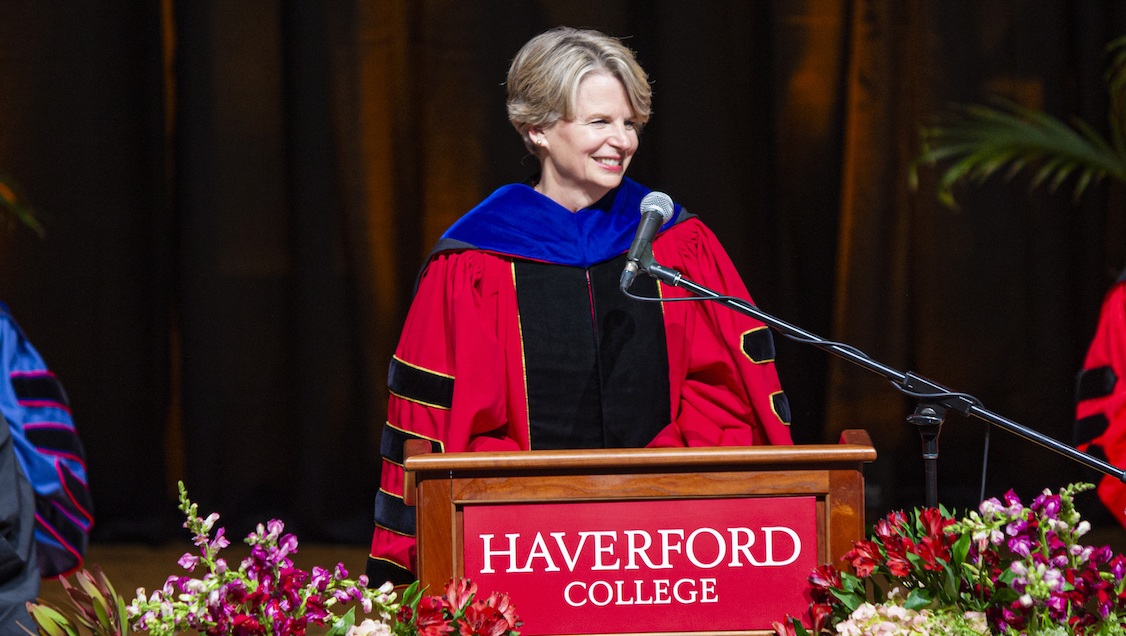 Through the first three years of her presidency, Raymond has led a comprehensive strategic planning process to position Haverford for its third century by reinvesting in its values-based, liberal arts core, enhancing student support, broadening and deepening commitments to diversity, equity and inclusion, and expanding opportunities for engagement with greater Philadelphia and the globe. During this period, Haverford also completed implementation of the Plan for Haverford 2020, including the completion of Lutnick Library and Jaharis Recital Hall, while navigating the COVID-19 pandemic.

A national voice for DEI in academia, the sciences, and the liberal arts, Raymond concurrently served as Haverford’s chief diversity officer at the onset of her presidency. She led the development of Haverford’s first antiracism action plan en route to creating a dedicated office for institutional diversity, equity, and access. Reflecting the College’s longstanding commitment to enrolling and supporting a diverse student body, in 2022 Haverford became one of only eight national colleges and universities since 1988 selected to join the Consortium for Financing Higher Education (COFHE).

Prior to Haverford, Raymond served for six years as vice president for academic affairs and dean of faculty at Davidson College, where she oversaw a significant reinvestment in faculty positions, research support, and curricular development. She also served as Davidson’s chief diversity officer and chaired the Committee on Equal Opportunities in Science and Engineering, a Congressionally mandated advisory committee to the National Science Foundation.

Raymond began her teaching career at Williams College in 1994 as a molecular geneticist with an active research laboratory funded by the National Science Foundation and the National Institutes of Health. She was program director of the Howard Hughes Medical Institute’s undergraduate science program at Williams and served as co-director of the Symposia on Diversity in the Sciences at Harvard University, the University of Washington, and the University of Louisiana at Monroe. Raymond earned the rank of full professor at Williams and went on to serve as the College’s first associate dean for institutional diversity.

Raymond is a Phi Beta Kappa graduate of Cornell University. She earned her Ph.D. at Harvard in biochemistry, and completed an American Cancer Society postdoctoral fellowship in genetics at the University of Washington. She is married to geologist (and Haverford alumnus) David Backus ’82.