Summer DocuLab 2020: Filmmaking With no Bounds 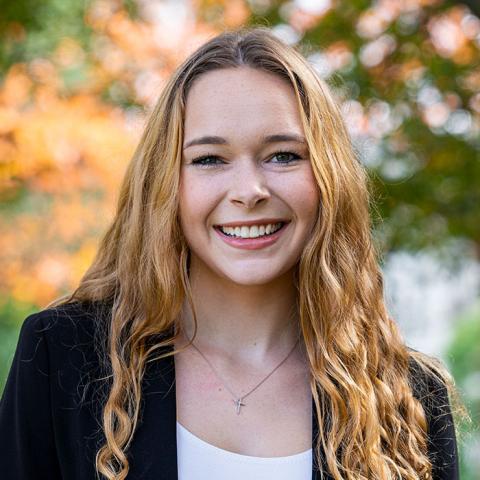 This summer, for the third year in a row, a DocuLab team of students, professors, and outside collaborators set out to create a documentary film. This year’s project, “Animating Grief: Incorporating Memories, Dreams, and Apparitions in Documentary Filmmaking,” was centered around work on Elena Guzman’s film Smile4Kime. The film is a work of aesthetic multimedia elements and apparent technical expertise. More than anything, however, Smile4Kime is art that focuses in on love and care for Black women with mental illnesses, and reminds us of the ways in which filmmaking can reach outside itself and make contact in societal spaces where it matters most.

DocuLab is a program sponsored by theJohn B. Hurford ‘60 Center for the Arts and Humanities (HCAH) and VCAM that supports documentary filmmaking efforts for ten weeks each summer. It is designed to be a collaboration between Haverford College faculty, filmmakers from off-campus, a team of student filmmakers, and Haverford IITS staff, who are key in supporting the project. Previous DocuLab projects have included a film about Philadelphia during America’s Bicentennial and a web series about the Valley Zapotec community of San Jerónimo Tlacochahuaya.

Smile4Kime is an experimental documentary film that director Guzman, a visiting assistant professor anthropology and visual studies and Mellon postdoctoral fellow, has been working on since 2016. This summer she led the DocuLab team, with the help of expertise from several other professionals and student fellows, to create animations for her film.

"Smile4Kime is an intimate conversation between two friends: Kime, a vibrant young woman struggling with mental illness, and me, the director of the film," said Guzman. “When Kime passes away, I sort through the past, my own mental health, and the messages I received from Kime to keep our friendship alive."

The film aims to serve purposes that are seldom seen in documentary filmmaking; instead of representing tangible realities and familiar concepts that can be seen and heard, Smile4Kime is meant to represent spiritual, ritual, and performative aspects of loss and its surrounding emotions.

“Elena Guzman proposed an idea that both fit within the DocuLab framework and created a new twist on the program, creatively combining her own documentary filmmaking work with an innovative animated component,” said James Weissinger, HCAH associate director and VCAM operations manager. “The final result is an experimental project that blends live-action footage with animation in an exciting and new way.”

Cybee Bloss, an animator and video producer who graduated from Bryn Mawr in 2013, helped to lead the student team over the summer. The five student fellows accepted into the program learned the principles of feminist filmmaking, strategies for developing and designing animation, and the tools for crafting animation from Bloss and three guest animators. In addition to learning technical skills, the students were also involved in the concepting and storyboarding processes, and worked on keyframes, and fill frames for the film.

“I hope they get a sense of what working on a project of this scale looks like,” said Bloss. “...it’s ambitious, but they are extremely talented and diligent, and seeing the work that they are producing brings me a lot of joy.”

Cindy Ji BMC '21, one of the DocuLab fellows, was excited to be a part of a narrative art project. As a fine arts major, Ji is practiced in using still images to portray feelings and stories, so the experience of creating animation--a series of still images shown in quick succession--was a perfect way for her to further her artistic skills.

Lyvia Yan '23, another fellow, applied to be a part of the project upon realizing its engaging and artistic nature and the potential emotional impact of the film.

Ji, Yan, and the other three students—Sam Berg '21, Zarahy Rivas '22, and Wanjiku Njoroge '21 (Swarthmore)—learned how to use Adobe softwares, honing both technical and creative skills while getting a feel for how to collaborate with a team in creating a piece of art. However, not only has DocuLab been technically instructional for the student fellows, it has also been meaningful and educational in ways that reach far past the computer screen.

“I also hope the students continue to think critically about documentary filmmaking and how we can use the tools that we have to tell underrepresented stories,” said Guzman.

As part of their work this summer, the student fellows read and watched films about topics like African diaspora, religion, and spirituality, and critical frameworks centered on Black feminist disability. They reflected upon and discussed the topics, taking care in thinking about how they would implement the material into their animations and into their lives.

"Our team is made up of women and nonbinary artists and filmmakers, most of whom are people of color," Bloss said. "We are navigating the stress of the pandemic, brutality from an increasingly militarized police force, and continued reminders of institutional white supremacy. For myself, and I hope others, DocuLab has been a place where we are working to tell a powerful, salient story, and also taking care of ourselves and each other."

Even with the physical constrictions of the COVID-19 pandemic that struck just as the DocuLab team was coming together, the project was still able to be fruitful.

"We were extremely lucky to have the talented lead team of Elena Guzman, Cybee Bloss, and alumni production coordinator Hilary Brashear '13, who were able to work with the project's other animators to successfully pivot the program to a fully virtual experience for student participants,” said Weissinger. “So, despite COVID-19, the project was able to successfully move forward.”

Cindy Ji was even able to actively collaborate with the team from her home in South Korea.

"South Korea is 13 hours ahead of Pennsylvania," she said. "So, it was hard to schedule a unanimous group meeting time for everyone. However, the group was thoughtful and mindful of where I was and it didn’t take a long time for me to find my own workflow."

The team completed the production process over the summer, including six short animation scenes that will be dispersed throughout the film that the student fellows made, and they are now continuing on to post-production. The DocuLab fellows have been invited to continue working on Smile4Kimethroughout the fall semester, and creators expect that the film will be completed by spring 2021. HCAH will host a public screening event at that time.

What the team has produced is more than just a documentary; Smile4Kime is an artistic creation that is engaged with discourse past that of film and media. Each of the creators is aware of its importance in our current moment in society, especially Guzman.

"The protest and conversations regarding Black women's rights and visibility are by no means new," said Guzman. "The film, at its core, is highlighting these struggles and Black women's fight for self-determination. Now, more than ever, it's important that we hear and elevate Black women's voices and perspectives and use their words and ideas as a guide to rebuild and reimagine the world that we live in."