The Haverford Writing Center values all languages and language varieties, embraces linguistic diversity and linguistic justice, and is committed to working with multilingual writers and speakers.

Nuria Benitez ’22, a Writing Center tutor and double major in Linguistics and Anthropology, has crafted a linguistic justice statement for the Writing Center. Nuria is herself a multilingual speaker and writer, and several other peer tutors on our staff share this experience. Haverford enrolls many students who are writers and speakers of two or more languages. In 2020-21, nearly a third of our Writing Center sessions were held with students who self-identified as multilingual, including speakers of Arabic, Bengali, Cantonese, French, German, Haitian Creole, Hindi, Japanese, Korean, Luhya, Malayalam, Mandarin, Portuguese, Russian, Thai, Swahili, Urdu, and Vietnamese.

Faculty tutor and multilingual specialist Susannah Bien-Gund works closely with many multilingual students. A Swarthmore alum who holds a B.A. in Linguistics and Languages (Arabic and French), an M.A in Teaching of English for Speakers of Other Languages (TESOL), and an M.S. in Education, Susannah has substantial international experience. As a Fulbright fellow, she studied multilingualism in Moroccan education, and as an English Language Fellow in China, she designed and led trainings and workshops for educators and students. Susannah is a speaker (and forever student) of Arabic, Moroccan Arabic, and French, and is working on Spanish and Mandarin Chinese. She brings wide-ranging teaching experience, delight in language learning, and commitment to linguistic justice to her work in the Writing Center.

In collaboration with her counterparts at Bryn Mawr and Swarthmore, Susannah designed a series of workshops on linguistic diversity. Individual workshop topics include “Reframing Feedback for Multilingual Student Writing,” “World Englishes and Virtual Learning,” and “Spoken Language Diversity.” These workshops have been well attended by faculty, staff, and Writing Center tutors from across the three colleges. 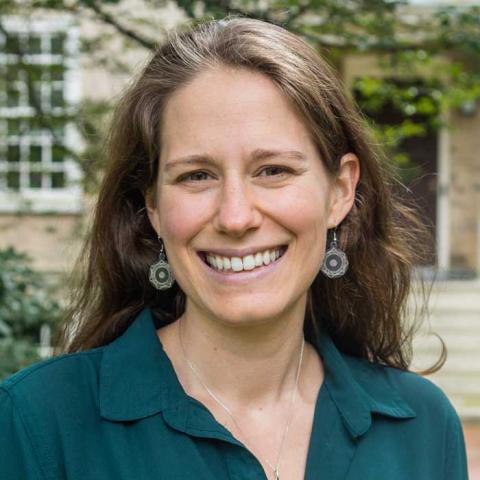 Linguistic Justice and the Writing Center

The Haverford Writing Center is committed to linguistic justice and linguistic rights. As a Writing Center, we are dedicated to serving our students and peers and providing them with the tools and resources necessary for their voices to be heard. These voices speak, write, and sign in a plethora of different languages, all equally-deserving to be heard, but not all treated equally in society.

Haverford College is a site of many languages and language varieties, including varieties of English. These languages and language varieties are equally capable of effectively communicating our thoughts; there is no “bad” English or “better” language, and any such ideologies that we may hold, for example that White Mainstream English (also known as Standard English) is better than Black English, are false ideologies based on hegemonic social structures. They are often reflections of beliefs people hold about those who speak the languages, rather than the languages themselves. Instead of perpetuating false ideologies—and therefore structures of oppression—the Haverford Writing Center is dedicated to actively working against our personal and institutional biases and to promote the speaking and writing of any and all languages and language varieties.

The languages people speak cannot be separated from those who speak them; language is an important part of identity and expression of self. When we place one language above others and prevent people from using or feeling comfortable enough to use their language, that is equivalent to silencing and erasing those people’s identities. However, any speaker of a language is an expert in that language, and there are countless varieties of languages, writing styles, and essay structures, all of which are and ought to be equally valuable. This includes minority languages such as Black Language, any of the countless World Englishes, and non-English languages spoken across the globe.

The dominant variety of English used in campus academic settings is a language that has been raised above others in society. It is a tool of oppression, and a form of racial (and class) violence. The Writing Center is a part of Haverford, a primarily white academic institution. As Writing Center tutors, we play a unique role in influencing the work of our peers within this institution, and as such are often seen as authorities on “good” and “bad” writing. However, this authority comes from privilege that is often used to keep academia inaccessible to those not born into this privilege. It is thus important for the Writing Center to actively use our position of authority to disrupt the structures of power and privilege that prevent our peers from accessing academia—as well as the (same) structures that define success based on whiteness and White Mainstream (Academic) English.

We understand that this work is not easy, nor can the problems in our community be addressed by a single action or a statement of support. This work is and must be ongoing, ever-changing and improving, and cannot be limited to the Writing Center. Still, as members of an institution, it is important that we Writing Center tutors and staff do our due diligence in improving the community we are a part of and striving for social and linguistic justice.