The Many Faces of Founders Hall 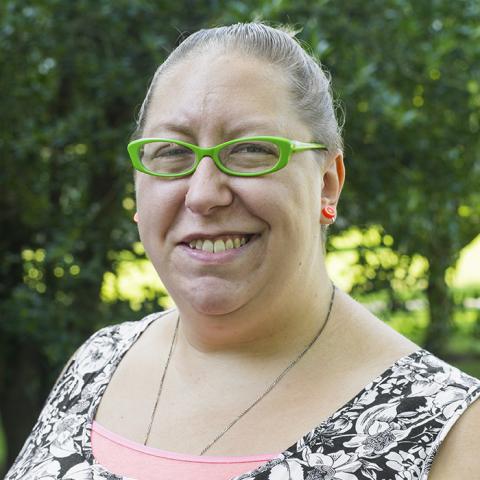 The building was originally built to contain the entire operations of the college. It housed both students and faculty and was the location of all the College’s classrooms, as well as its dining room. It was referred to simply as “the school building”, and was the only dormitory on campus until Barclay Hall’s construction in 1877. In these early days, Founders Hall and Haverford College were essentially synonymous.

Over the years, Founders Hall– particularly its most iconic interior space, its “Great Hall”– has shifted positions, from the center of life on campus to a multi-purpose space that has been utilized in many different ways depending on the needs of the College.

In the early 1900s, after the construction of Barclay Hall, Founders no longer housed students. It was still, however, a center of student life on campus. The photo below shows Founders being used as a gathering space on campus, with students gathered on the steps of Founders, and even some students inside the building (they’re visible in the windows above the porch).

As additional classroom buildings were constructed on campus, Founders’ main purpose–at least in relation to students–became to serve as the college’s dining hall.

The photo above shows Founders Great Hall prepared for a meal. This same space acted as the dining hall until 1967, when the Dining Center was built. Another photograph from the College Archives, below, shows the hall filled with students at mealtime decades later.

One of the first color photos of the space in Haverford’s Quaker and Special Collections (below) shows one of the final meals eaten by the student body in Founders Dining Hall, a lunch for new students during Customs Week in the fall of 1967.

Even as the space was used primarily for dining, it was also utilized for other purposes. One purpose was dances, not unlike those held today. The photograph below shows the space being used for a dance in 1940. Though the dance is more formal than similar events held in Founders more recently, it isn’t altogether different from the events of today (despite the 80 years in between).

After the construction of the Dining Center, use of Founders Hall became much more similar to today, with the space being used for a multitude of purposes depending on the needs of the College. In 1985, for example, there was a blood drive held in Founders (shown below).

In the years that followed, speakers and other performers were invited to the space. In 2011, for example, economist Paul Krugman spoke at Founders, an event that drew a large crowd to the space.

From when it was constructed until today, necessity has continued to dictate the use of Founders Hall. During the renovation of Magill (now Lutnick) Library in 2018, Founders became the location of the College’s library (photograph below). Though it seems very recent history, all of the students who experienced having Founders Hall as their library have now graduated.

In its most recent history, Founders has come to fill a vital role as a space for COVID-19 testing in the wake of the pandemic. It has also continued to act as a location for campus-wide events, including Haverfest.

Founders Hall’s many faces are particularly interesting to me because of the work I did this past summer in my internship at Lutnick Library, which focused on documenting past and present student life at Haverford.

The exhibit I curated as part of the internship considers the concepts of space and place and their relation to the lives of students as they pass through Haverford College. While the physical space of Founders Hall has remained nearly identical since its construction in 1834, its existence as a place with particular meaning for the people who use it has shifted again and again in that time. This is portrayed poignantly, in my opinion, by the wide variety of photographs in this article, just a small selection of those available in Quaker and Special Collections. These ideas are considered more deeply, and using more photographs from Special Collections, in The Spaces Between: Creating Place on Haverford’s Campus, which is now on view in Lutnick Library.