This year’s series engages with the politics of place, race, history, performance, and cinema itself. Showcasing musicians, poets, activists, and actors in hybrids of fictional and documentary forms, these works explore how cinema represents voice, gesture, and place.

All events to be held at Bryn Mawr Film Institute or Haverford College’s VCAM facility. Each will be followed by conversations with the artists.

All events are open to the public.
Screenings at Bryn Mawr Film Institute are free for all Tri-Co students, staff, and faculty.
Events at Haverford College are free to all. 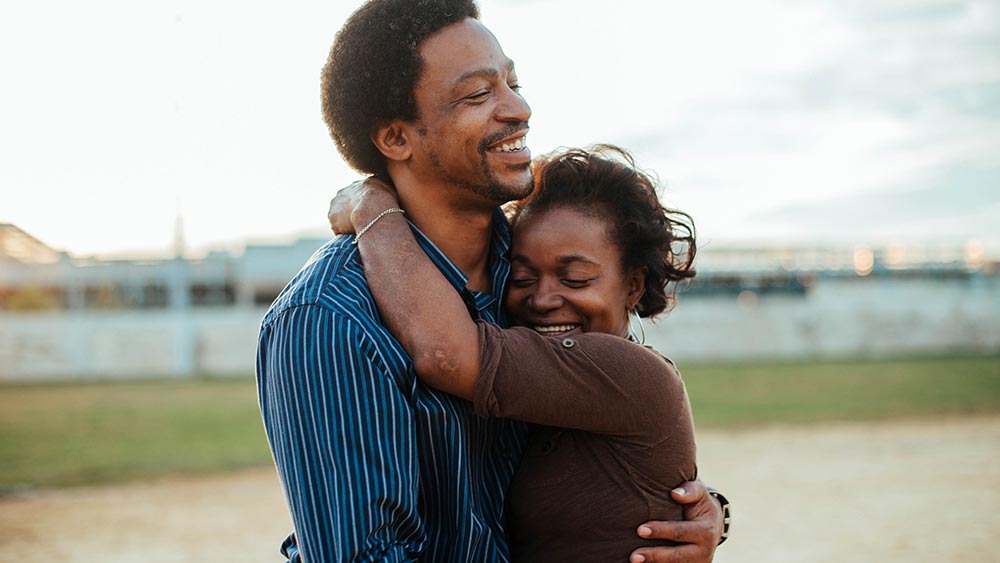 Filmed with vérité intimacy for nearly a decade, QUEST is the moving portrait of the Rainey family living in North Philadelphia. Beginning at the dawn of the Obama presidency, Christopher "Quest" Rainey, and his wife, Christine'a "Ma Quest" Rainey, raise a family while nurturing a community of hip hop artists in their home music studio. It's a safe space where all are welcome, but this creative sanctuary can't always shield them from the strife that grips their neighborhood. Epic in scope, QUEST is a vivid illumination of race and class in America, and a testament to love, healing and hope.

A conversation with Jonathan Olshefski, Sabrina Schmidt Gordon, and Christopher “Quest” Rainey will follow the screening. 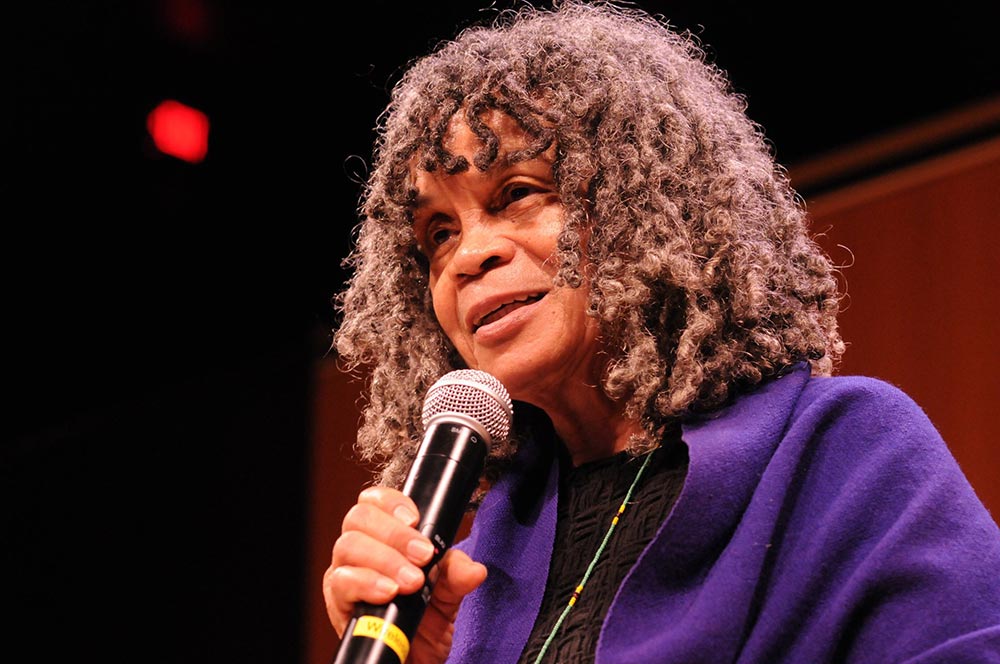 “I want to tell people how I became this woman with razor blades between her teeth.” So says Sonia Sanchez, a seminal figure in the Black Arts Movement of the 1960s, a poet who has harnessed her gift for words as a champion against racism, sexism and war, fusing art and activism over the past six decades. As a pioneer of spoken word poetry, her influence on hip hop is fundamental. But her tireless commitment to justice for all people has come at a personal cost. This performance-packed film features appearances by Questlove, Talib Kweli, Amiri Baraka, Nikki Giovanni, Ursula Rucker, Ruby Dee, Haki Madhubuti, Imani Uzuri, Bryonn Bain, Jessica Care Moore, Yasiin Bey (Mos Def) and more.

A conversation with Sabrina Schmidt Gordon will follow the screening. 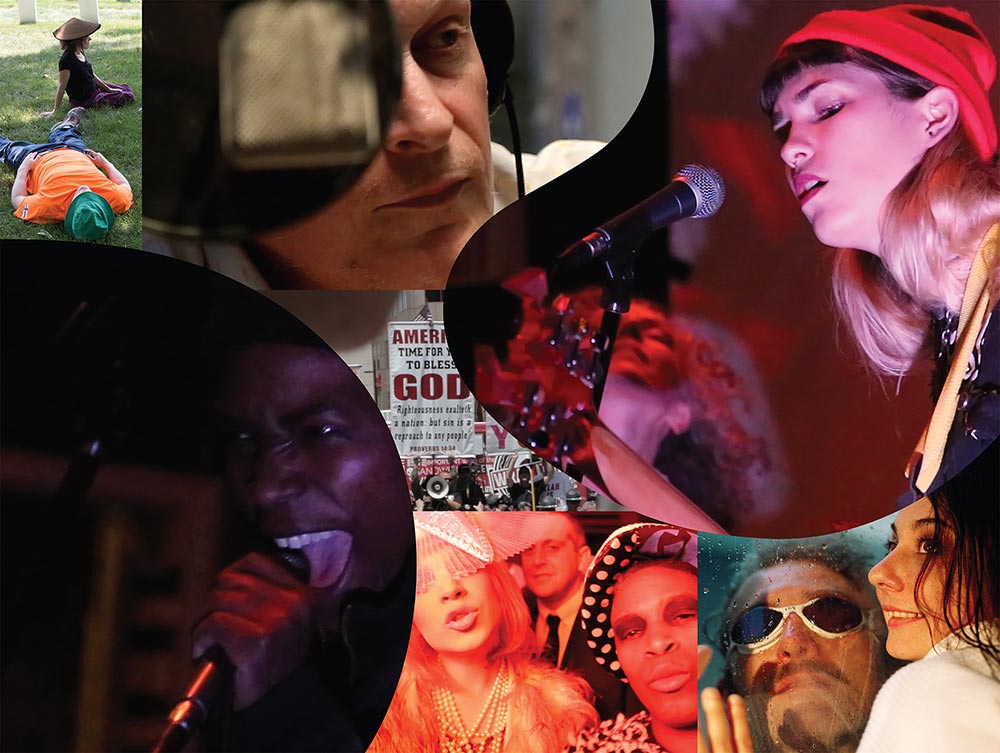 Tour Without End is artist Laura Parnes’ invitation to enter the colorful and conscientious world of American independent rock musicians of the ’90’s to the present. These musicians sought (and still seek) to fuse musical expression with political action, formal experimentation, and other dialectically rigorous endeavors. The resulting film is strikingly unique: a hybridized documentary, narrative comedy, which utilizes the subjects of the film as non-actors playing themselves in an exploration of identity, representation, and the arts. [It] features Kate Valk (The Wooster Group), Lizzi Bougatsos (Gang Gang Dance), Johanna Fateman (Le Tigre), Kathleen Hanna (Julie Ruin, Bikini Kill), among others. —Greg Bortnichak, Director of Program Operations Sarasota Film Festival

A conversation with Laura Parnes will follow the screening.

Tour Without End upsets and delights and pulls off this feat of representing diverse and opposing elements in one body of work while commenting on an America that seems unable to pull off the same stunt with as much grace, humor, and gravity.
—Stephanie Barber, Bomb 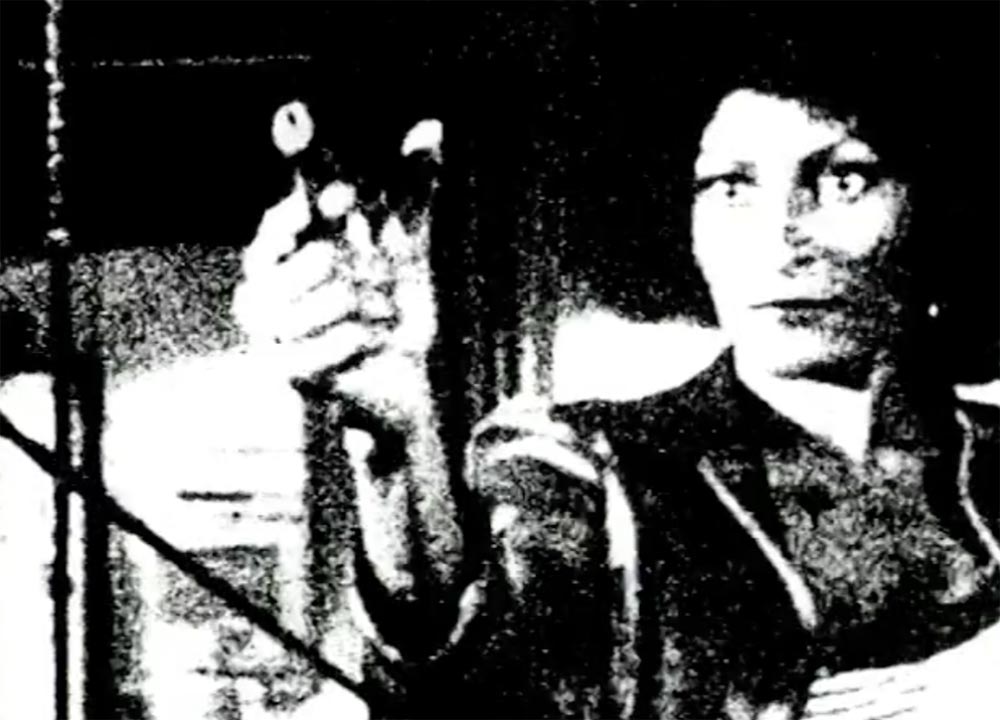 A three-channel video installation and a split-screen video installation in response to an 1850 daguerreotype of a young American-born enslaved woman named Delia, who was photographed stripped bare as visual evidence in support of an ethnographic study by the Swiss-born naturalist professor Louis Agassiz, who held that racial characteristics are a result of differing human origins.

The three films in this screening demonstrate the playfulness of his formal experimentation as much as the seriousness of his engagement with the politics of place, race, history, performance, and cinema itself. Taking its name from the Jim Crow-era prohibition against black men looking at white women, Reckless Eyeballing (2004, 14 min) is a hypnotic inspection of sexual desire, racial identity, and film history. The voice of Zora Neale Hurston is transformed into visual jazz in Halimuhfack (2016, 4 min). And still/here (2001, 60 min) is an elegiac rumination on loss, memory, and the remnants of once-vibrant African American neighborhoods in St. Louis, Missouri.

A conversation with Christopher Harris will follow the screening. 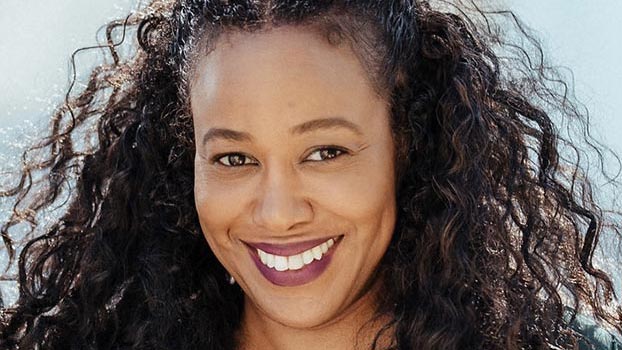 Sabrina Schmidt Gordon is an award-winning documentary filmmaker and impact strategist from NYC. Her editing debut won an Emmy for WGBH’s Greater Boston Arts series and she has continued to distinguish herself as a producer, editor, and director. Sabrina was selected for the prestigious Women at Sundance Fellowship, and her latest film, QUEST, premiered at the Sundance Film Festival, receiving critical acclaim on the festival circuit and beyond, including selection as a New York Times Critic’s Pick, a Rolling Stone Top 10 documentary of the year, and an Independent Spirit Awards nominee for Best Documentary. Sabrina co-directed, co-produced, and edited BaddDDD Sonia Sanchez, a 2017 Emmy nominee for Outstanding Culture & Arts documentary, and winner of the Best Film Directed by a Woman of Color Award at the African Diaspora International Film Festival. Other film credits include DOCUMENTED, Hip-Hop: Beyond Beats and Rhymes, The New Black, and Wilhemina’s War. Sabrina’s commitment to social justice extends to consulting on and producing engagement and impact campaigns for media projects. Sabrina also produces, directs and edits content for many video journalism platforms and organizations. Among these are The New York Times, The Atlantic, New York Magazine, Frontline, American Masters, The Ford Foundation, the Center for Constitutional Rights, Witness, Agricultural Missions, the National Campaign to Restore Civil Rights, and more. She is an honors graduate from New York University, has a Masters in Journalism, teaches documentary filmmaking, and in 2018, Sabrina was inducted into the Academy of Motion Picture Arts and Sciences. 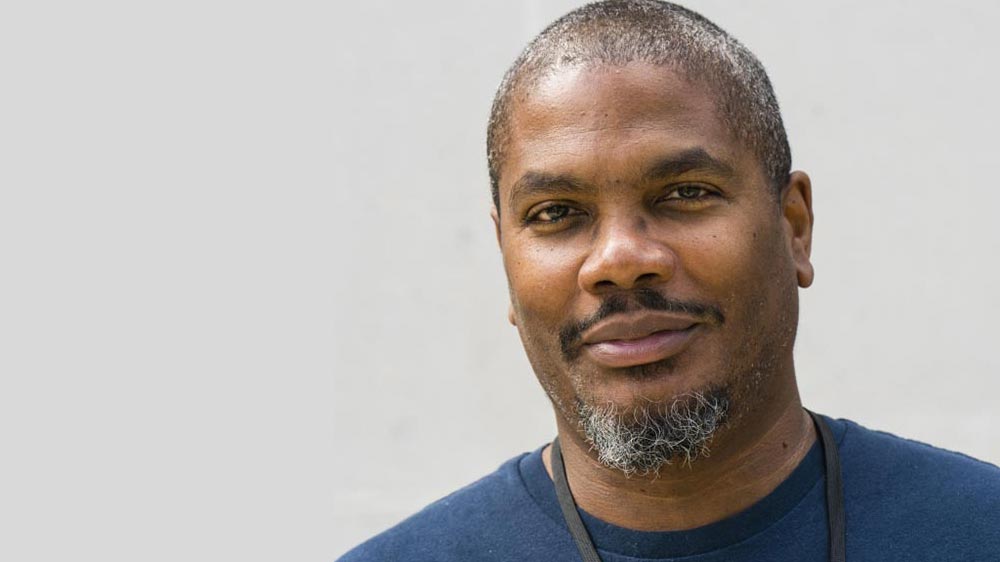 Christopher Harris is a filmmaker whose films and video installations read African American historiography through the poetics and aesthetics of experimental cinema. His work employs manually and photo-chemically altered appropriated moving images, staged reenactments of archival artifacts, and interrogations of documentary conventions.

Harris is the recipient of a 2015 Creative Capital grant and a 2017 Alpert/MacDowell Fellowship. 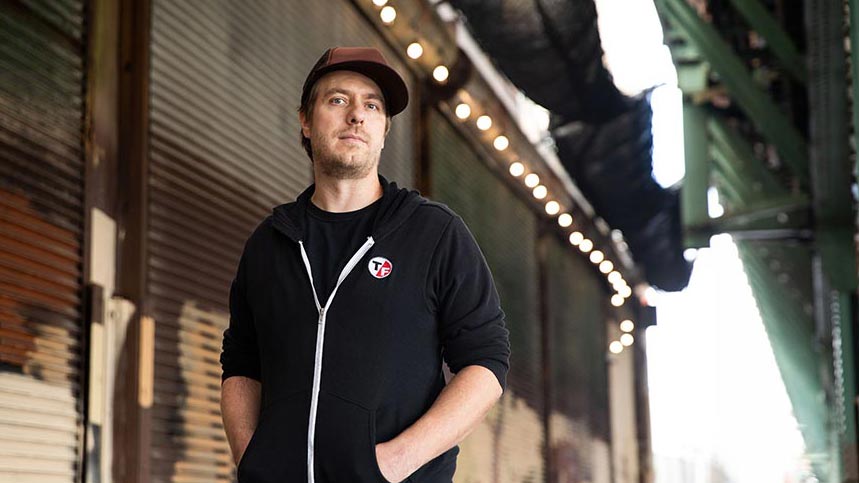 Jonathan Olshefski is an artist and documentary filmmaker. In 2017 he was named as one of 25 New Faces in Independent Film by Filmmaker Magazine and mentioned in the New York Times as one of “The 9 New Directors You Need to Watch.” In 2018 he received the “Truer than Fiction Award” at the Independent Spirit Awards and was selected for a Pew Artist Fellowship.

Olshefski strives to tell intimate and nuanced stories that honor his subjects’ complexity by employing a production process that emphasizes collaboration, dialogue, and relationship in order to amplify their voices and reflect their points of view in an artful way. He has an MFA in Film and Media Arts from Temple University and is an Associate Professor at Rowan University where he teaches in the department of Radio, TV, and Film. He lives in Philadelphia with his wife and two sons. You can view his portfolio here: olshefski.org 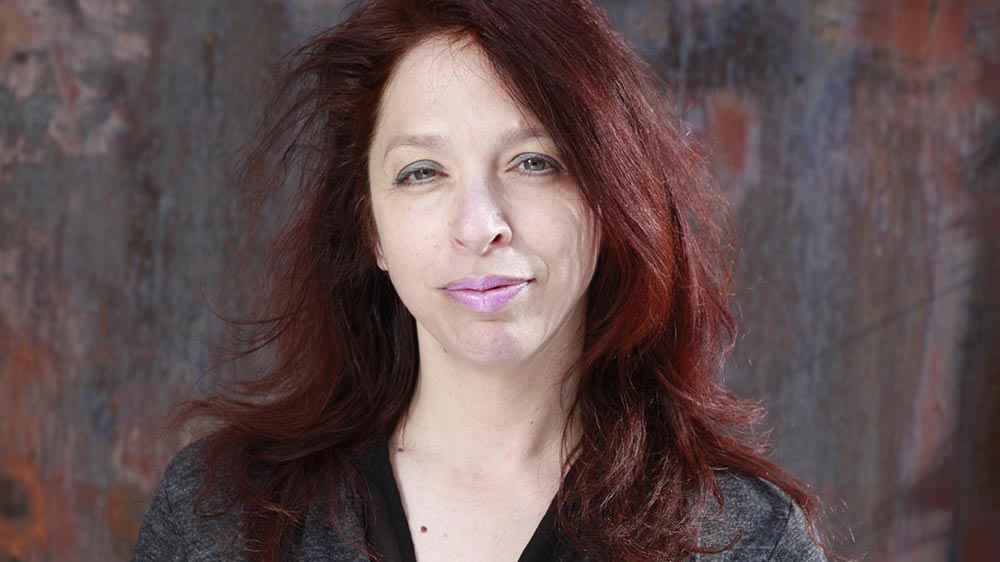 Laura Parnes is a contemporary American artist who creates non-linear narratives that engage strategies of film and video art and blur the lines between storytelling conventions and experimentation. Her work is often episodic and references pop culture, female stereotypes, history, and the anxiety of influence.

She was the co-director of Momenta Art with Eric Heist and helped re-launch the not-for-profit exhibition space in New York City, at first as a nomadic space and then as a permanent space in Williamsburg, Brooklyn. She continued her involvement as Board Chair until 2011. Parnes received her BFA from the Tyler School of Art, Temple University, and lives and works in Brooklyn, NY. She currently teaches in MFA departments at MICA, Parsons, and SVA. Parnes is a 2016 Creative Capital Awardee, a 2014 NYFA recipient, a 2013 John Simon Guggenheim Memorial Fellow and has lectured as a visiting artist at numerous institutions including Harvard University, Columbia University, and UCLA. 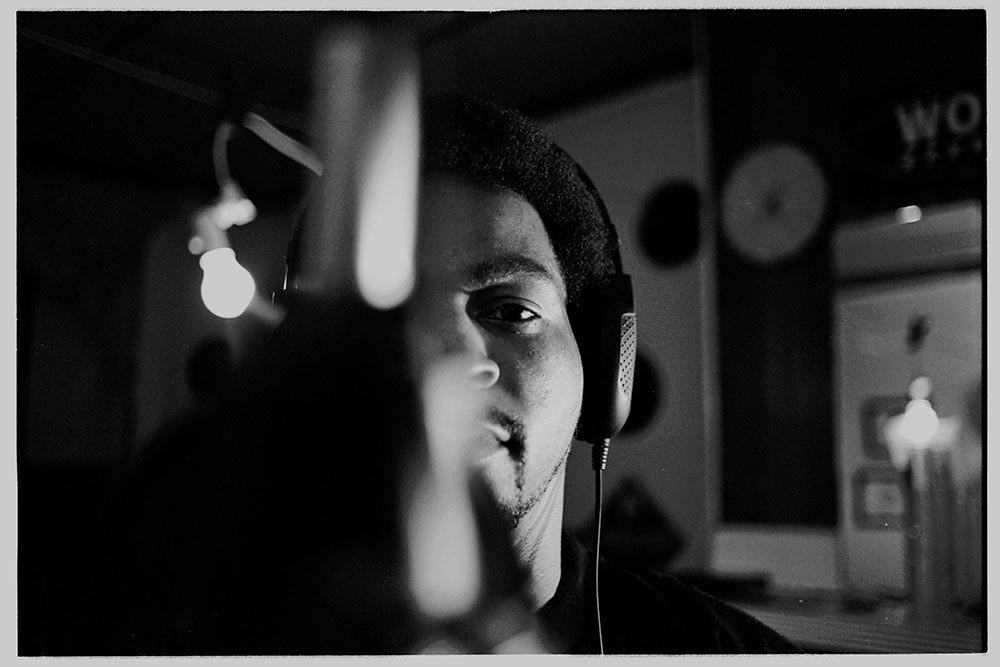 I have been into music since the 80's, from breakdancing to beatboxing. Over the years I watched hip hop change into many different avenues—hard core, new jack, chanting, and many others—but all still under one main title: RAP!

I created Everquest Recordings as a way to help the teens in my area. But it grew into something more: a family. My name is Chris but friends over the years gave me different titles according to how we met. I guess they all settled on “Quest” (named after the studio). Through music I met David Barnes. A staple on 96.1 & 900am WURD’s “The New World View” radio program. Every Sunday evening, 6pm - 8pm. I also became a cohost on that program. I directed a video shoot starring Pep Shooter, co-starring Meek Mill, called Daily on the Block. I’ve been doing studio recordings for people for almost 20 years with local celebrities like Ron Geez, D Mack Kings, and our very own 23P. I'm probably the oldest studio fixture in my area with tons of music just waiting to be heard from past and present artists! 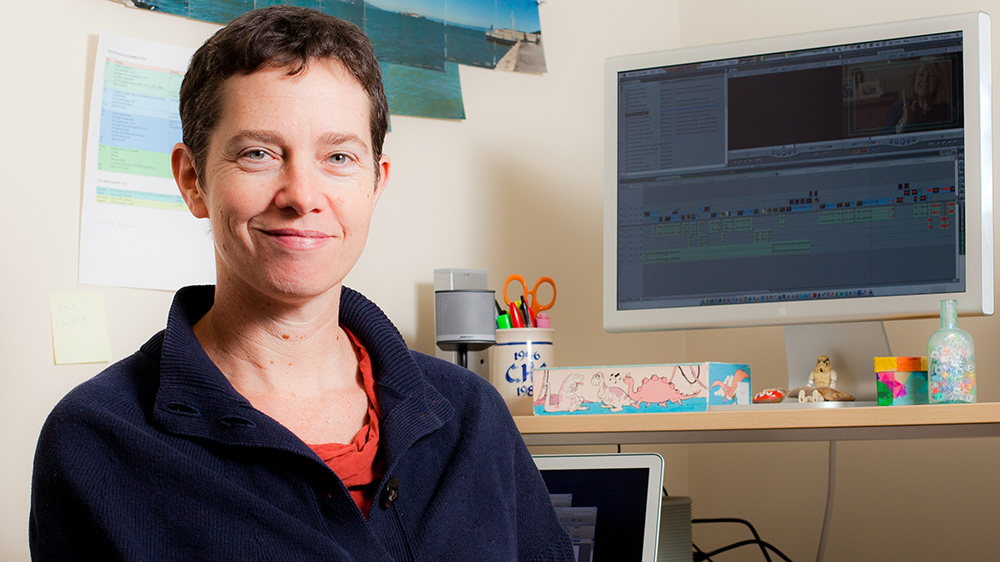 Vicky Funari is a documentary filmmaker, editor, and teacher. Her films include the feature documentaries MAQUILÁPOLIS (2006), Paulina (1998), and Live Nude Girls Unite! (2000). Her films have screened in film festivals around the world, including Sundance, Locarno, Havana, Rotterdam, SXSW, and Tribeca, and have aired nationally on public and cable television. From 2006-2009, Funari directed the MAQUILÁPOLIS binational Community Campaign, working with activist organizations and factory workers to promote public dialogue and social change. She is a Creative Capital grantee, a MacDowell Colony Fellow, and a Guggenheim Fellow. She has been teaching at Haverford College since 2009. Her current documentary, now in post-production, tells a story of healthy aging, community, and ladies in a pool. 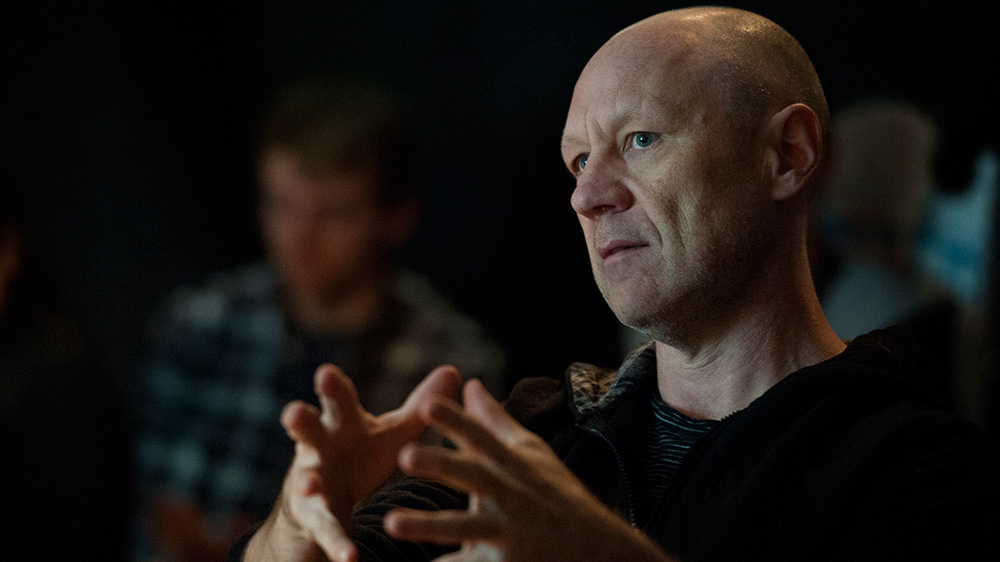 John Muse is Visual Media Scholar at Haverford College. His most recent projects include conference papers on Roland Barthes, Alvin Lucier, Roni Horn, Omer Fast, and Ruben Pater on the topics of object oriented aesthetics, drone culture, and reenactment. In September of 2017, he and longtime collaborator Jeanne C. Finley screened their new experimental film Book Report at the Aesthetica Short Film Festival. He occasionally collaborates with theater maker Mason Rosenthal and continues to document small cairns built at the corner of Ardmore and Lancaster Avenues in Ardmore PA and elsewhere. 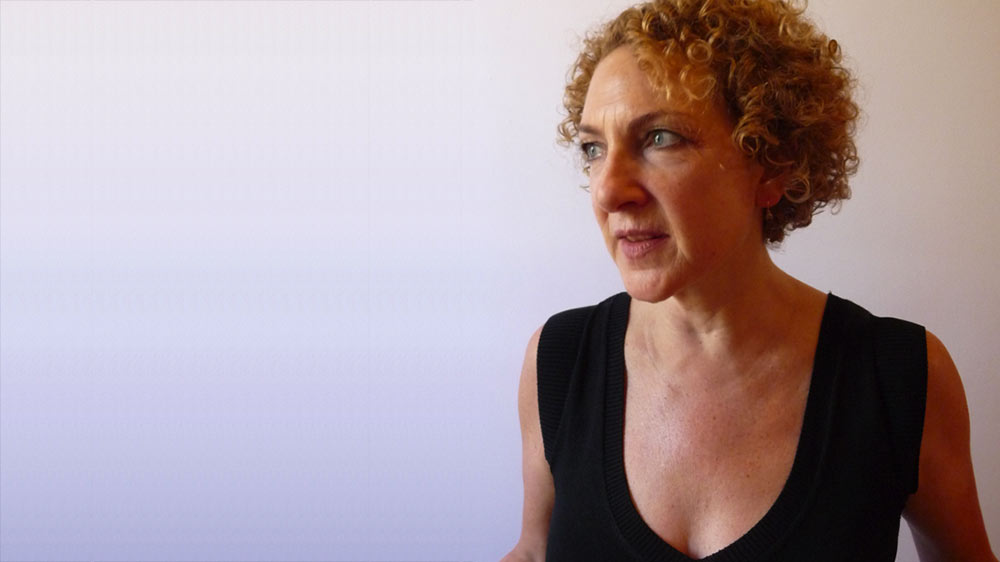 Sally Berger is a film and media curator, lecturer, and writer whose work focuses on the relationships between experimental film and media installation; nonfiction and fiction film; and documentary film and art. She is currently a Fellow at the Center for Media, Culture and History, New York University and Visiting Faculty, Independent Programs, Haverford College. She previously worked at The Museum of Modern Art, Department of Film as Assistant Curator and Director/co-founder of Documentary Fortnight, an international festival of nonfiction film and media.