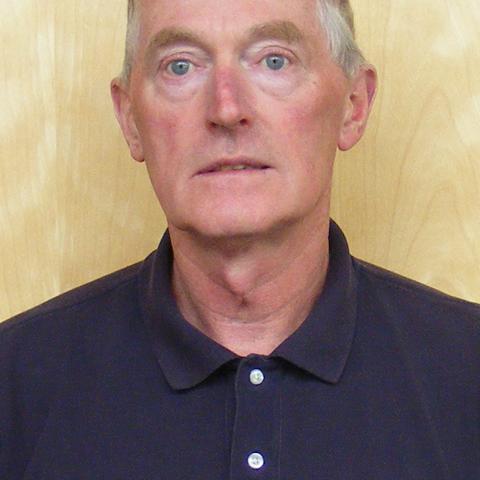 Under Donnelly’s guidance, three Fords have been inducted into the Division III Athlete Hall of Fame. Nine-time national champion and 15-time All-American Karl Paranya ’97 qualified to the 1996 and 2000 Olympic trials in the 1,500 meters after running the first sub-4 mile (3:57.6) in Division III history as a senior. Seamus McElligott ’91 won NCAA championships in cross country, the indoor 5k, and the outdoor 5k and 10k while also competing in the Division I Cross Country Championships and gaining All-American status there as well. Kevin Foley ’83 won three consecutive 1,500m championships from 1981-83 and still holds the Division III championship meet record in the event.

As the cross country coach…

His squad nearly duplicated that feat during the 2011 and 2012 seasons as the Fords finished second at the NCAA Championships during those seasons with the 2012 season being a tie for second in the country. The Fords have been on the podium with at least a fourth-place finish in six of the last 12 NCAA Championships.

Haverford has qualified as a team for the NCAA Cross Country Championships during each of the past 26 seasons and a total of 37 times overall, plus an additional two years in which it sent individuals to compete. Donnelly has led his team to a top 10 team finish on 18 occasions. Donnelly’s cross country squad has finished in the top ten in six of the last nine seasons, including a podium finish in 2018 with a fourth-place showing. The Fords have crowned 38 All-Americans at the NCAA Championship Cross Country meet under Donnelly. In addition to Hulleberg’s national championship run, Seamus McElligott ’91 won the individual national championship during the 1990 season and JB Haglund ’02 won the individual title during the 2001 season. Donnelly’s teams have also won 32 conference championships and 22 regional championships.

As the indoor track & field coach…

The first relay team to win an NCAA Championship came during the 2002 season when the distance medley relay took home top honors. The most recent national champion on the indoor surface came in 2019 when Greg Morgan ’19 won the 3,000 meter race at the indoor championships, marking the season straight season a Ford won that event. As a team, Haverford has won 13 of the last 19 conference championships.

On the outdoor track, Haverford has won 18 of the last 26 conference championships with its most recent victory coming during the 2013 season. Donnelly has coached 70 individuals to All-American honors during the spring season. Fifteen of those performances have resulted in individual national championships at Haverford.

Paranya also won four national championships as he captured the 800 meters in 1995 and 1,500 meters in 1996 before sweeping both events at the 1997 championship. Paranya competed in the Olympic trials of 1996 and 2000 in the 1,500 meters. He also holds the honor of running the first sub-4 mile (3:57.6) in NCAA Division III history during the 1997 season. Since that time, Charlie Marquardt ’16 added to the tradition of Haverford distance runners with a sub-4 mile just after his graduation. Haglund added a 5,000 and 10,000 meter championship to his resume in 2002, while Leighninger won the first steeplechase title in program history during the 1991 season.

Donnelly was an All-American in cross country and track at Villanova University. A top college distance runner from 1966-69, he helped lead the Wildcats to three consecutive NCAA cross country championships and one NCAA track title.