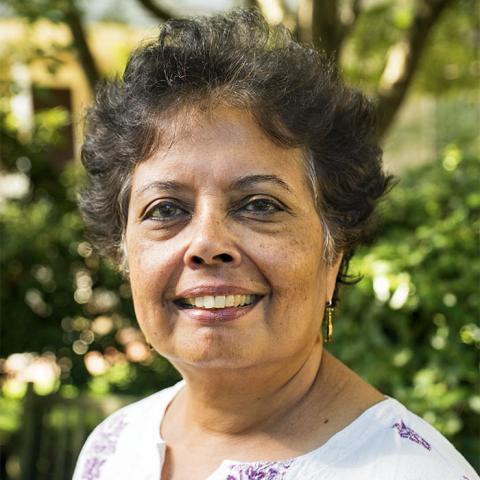 I teach courses on Postcolonial Literature, Literary Modernism in Britain, Literature and Culture of the British Empire, Literary Theory, and Feminism and Gender Studies.

I began my scholarly career writing on literature and pedagogy from a Marxist and feminist standpoint. More recently, I have worked on postcolonial texts that foreground practices such as cognitive mapping, rioting, gastropolitics, gossip, and nostalgic evocations of past homes and times to assert citizenship and claim space for migrant communities in western metropolitan centers, especially London. I have also been developing a manuscript on representations of political insurgency by third world women. Here, I explore the autobiography of the Palestinian militant Leila Khaled and biographies of Indian outlaw turned politician Phoolan Devi (a.k.a. Bandit Queen). I also explore representations of female militants and suicide bombers in mainstream Indian film. This work brings together theories of gender, performance, and autobiographical and biographical writing to explore the pedagogic function of political violence, and the ways acts of violence teach identity lessons to victims, perpetrators, and the larger public for which violence is daily news. I am interested in tracking the positioning of the audience by representations of violence in narratives. At issue here is the “looping back” effect of representation, which seems to shape narratives of resistant identity by setting up structures of anticipation of an already known scene and event. The outrageousness of these accounts seems to derive from the way they particularly take aim at the discourses by which we understand the meaning, value, rights, and limits of the human, and especially female, body.