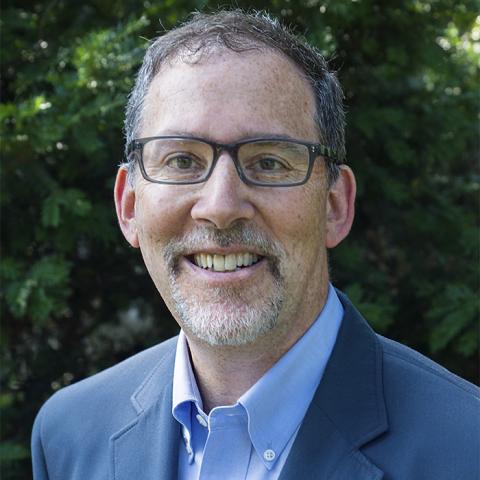 I first came to Haverford in 1986 from the University of Pennsylvania, where I earned both M.A. and Ph.D in the History and Theory of Music. My undergraduate studies were completed at the Faculty of Music of the University of Western Ontario, a leading Canadian music school. When not busy in the classroom or with research I enjoy giving public lectures on music, notably a series of pre-concert talks for the Philadelphia Orchestra and for the Philadelphia Chamber Music Society. I have also worked with One-Day-University (a traveling set of continuing education panels). More than Mozart, a set of 14 recorded talks for those curious to be better listeners, can be purchased through Barnes and Noble and Recorded Books.

At Haverford I have served various service and administrative roles:

I teach a wide range of courses in the history of music. Download a Guide to Music History at Haverford.

My most recent book, Music in the Renaissance, was published by W.W. Norton in 2012, along with a companion Anthology for Music in the Renaissance. They are ideal for intermediate and advanced courses on the period, and take their place in Norton's new Western Music in Context series, under the editorial supervision of Walter Frisch. You can find sound recordings via iTunes, Amazon, and Naxos Music Library, and many readings, facsimiles, and other resources to accompany the book, too.   See my Digital Resources Page, and Norton's Study Space. Appreciative reviews of the book have appeared in College Music Symposium (by Erika Honisch) and in  Early Music (by Tess Knighton), and the  Journal of Music History Pedagogy  (by Jennifer Thomas).

The Lost Voices Project  is an electronic forum for collaboration among scholars, students, and performers. It centers on a dozen sets of music books originally printed by the Parisian press of Nicholas Du Chemin, and features facsimiles, dynamic digital editions, tools for analysis and reconstruction. This work has been made possible by major grants from the National Endowment for the Humanities (Office of Digital Humanities and Scholarly Editions Program) the   American Council of Learned Societies  (Digital Innovations Fellowship), as well as ongoing support from Haverford College and from the Centre d’Etudes Superieures de la Renaissance in Tours, France, the leading French institute for the study of Early Modern culture.

My current digital project (Citations:  the Renaissance Imitation Mass) centers on the so-called parody Mass of the 16th-century, offering highly-innovative space for the analysis, annotation, and collaborative exploration of this repertory. Developed in collaboration with my research partners at the CESR, this project involves an international team of scholars and students in the USA, Canada, and Europe. It is supported by the Marie Skłodowska-Curie Research Fellowship from Le Studium, Loire Valley Institute for Advanced Study, Orleans, France (where I spent all of 2019) and a major Digital Extensions Grant from the American Council of Learned Societies (through April 2023).

I have served as chair of the Technology Committee for the American Musicological Society, and I have served (2014-2016) as inaugural Digital and Multimedia Scholarship Editor for the Journal of the American Musicological Society and Director (2012-2014) of the Tri-College Digital Humanities Initiative for Haverford, Bryn Mawr, and Swarthmore Colleges. I am also on the Board of Directors of the Renaissance Society of America, where I serve as Chair of the Digital and Multimedia Committee. I serve on the Board of Directors of Répertoire International de
Littérature Musicale.

My scholarly work has focuses on the music of Renaissance France and Italy--works by composers such as Josquin des Prez, Orlando di Lasso and Luca Marenzio. I’m interested in the stories of stylistic and cultural change these works can tell. Much of my work involves primary sources and documents in one way or another, and I often travel to European libraries and archives. In 1992-1993 I was a Visiting Scholar at  Wolfson College, Oxford University. In 2001 I held a faculty fellowship at the  Folger Shakespeare Library in Washington, D.C.

Other projects have been supported by the Mellon Foundation and previous grants from the American Council of Learned Societies, and the National Endowment for the Humanities. My work has appeared in various forms: presentations at scholarly conferences in Belgium, England, France, and Germany. Papers have appeared in leading journals such as The Musical Quarterly, Journal of Musicology, Early Music History, Journal of the Royal Musical Association, Notes, and Music and Letters. I’ve also written a long list of articles (all on Renaissance topics) for the second edition of the New Grove Dictionary of Music.

My book on the French songs of Orlando di Lasso considers the publication history of those work in 16th-century Paris and Geneva, showing how Calvinist listeners adapted Lasso’s music for pious devotion: The Chansons of Orlando di Lasso and their Protestant Listeners: Music, Piety, and Print in Sixteenth-Century France (The University of Rochester Press/Boydell and Brewer, 2001).