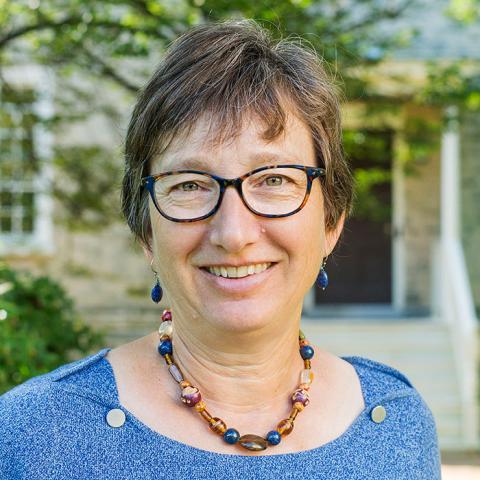 Naomi Koltun-Fromm was born and raised in Rochester NY. She received a BA in history from Barnard College in 1986, and her MA (1988) and PHD from Stanford in history and Jewish Studies in 1993. Several of her graduate and post-graduate years were spent in Jerusalem at the Hebrew University. Dr. Koltun-Fromm was Director of Jewish Studies at Tulane University for two years before joining the Haverford College faculty with her husband in a joint position in the Department of Religion. Professor Koltun-Fromm specializes in Late Ancient Jewish history, Jewish and Christian relations, religious polemics, comparative biblical exegesis, rabbinic culture and the Syriac speaking churches. She recently published a book, Hermeneutics of Holiness: Ancient Jewish and Christian Notions of Sexuality and Religious Community which traces the nexus of sexuality and holiness from the biblical texts into the fourth century rabbinic and patristic writings. Her present research focuses on the representation of Jerusalem in early Jewish, Christian and Muslim writings.