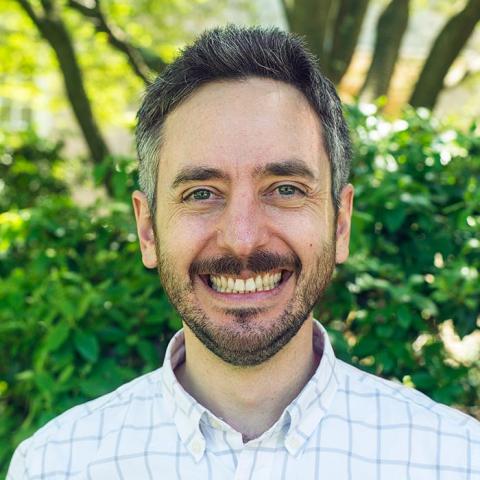 My lab investigates the coevolution of plants and the environment over the last 475 million years. We employ mathematical models, chemical analysis of fossils, comparative anatomy, and experimental plant physiology to reanimate extinct plants, focusing on examples with unusual anatomy, development, or growth forms. These insights shed light on past (and future) climate change, the evolutionary trajectory of plant adaptations, and ecosystem responses to mass extinctions. You can download many of my papers here, or send me an email if you would like a reprint.

Plants are exceptional among multicellular organisms because aspects of their anatomy and morphology record environmental information. Furthermore, the biogeographic distribution of plants today—and in deep time—is shaped by environmental constraints. Applying a variety of modeling techniques to different organs of extinct plants, including roots, stems, and leaves, yields a quantitative picture of how extinct plants responded to, and shaped, Earth surface feedbacks. Data generated by Haverford College undergraduates and our collaborators has demonstrated that Pennsylvanian SubPeriod forests contained a broader spectrum of plant physiological strategies than previously thought, including plants capable of extreme drought resistance and others that could support high transpiration rates. Secular change among these plant communities during the Pennsylvanian likely exerted profound changes on planetary feedbacks, terrestrial environments, and elemental fluxes during the Late Paleozoic Ice Age. Results from this work have been published in Nature Geoscience, the Proceedings of the National Academy of the United States, and other journals.

A major ongoing effort in my lab is a collaboration with colleagues at the Smithsonian Institution's National Museum of Natural History and the Smithsonian Ecological Research Center to elucidate the anatomical, physiological, and ecological responses of plants to elevated concentrations of CO2—conditions that plants once experienced in deep time and that they may experience in the 21st and 22nd centuries. Our collaboration exposes key plants, particularly the "living fossil" gymnosperm Ginkgo biloba, to 400, 600, 800, and 1000ppm CO2, while we carefully monitor these plants' physiological response to these conditions. Results from this interdisciplinary project will help the study of paleoenvironmental information derived from plant fossils and inform predictions about how plants may respond to anthropogenic climate change. This project is supported by a grant from the National Science Foundation.

Evolution of plant biomineralization and the terrestrial silica cycle

The global carbon cycle is tied to a variety of other elemental cycles on the surface of the Earth, including the cycle of silicon. Today, approximately 50% of all photosynthetic activity is conducted by diatoms, small marine algae that build shells out of silicon, and these microscopic algae are responsible for converting carbon dioxide into organic carbon that sinks to the bottom of the ocean, reducing the concentration of CO2 in the atmosphere. Silicon is a necessary nutrient for these diatoms, and it is supplied to the ocean by plant tissues: certain plants accumulate silicon in their organs from soils and rocks they grow upon, and when these plants die, their leaves, stems, and roots decay and silicon flows to the ocean, fertilizing diatoms. Our work has shown that silicon accumulation is not distributed in a uniform way throughout all land plants—some accumulate substantial silicon (and thus supply much silicon to the ocean) whereas others accumulate very little. Specifically, our work has shown that a number of ancient land plant lineages, particularly ferns, accumulate more silicon than any other living plant group, and also that many of these lineages have been ecologically important for more than four hundred million years. Our ongoing work has been to clone, sequence, and identify the genes that code for these novel silicon transporters in these early-diverging land plant lineages. A major portion of these results was published in the Proceedings of the National Academy of Sciences in March, 2015.

As part of a collaboration between Haverford College, MILA, Comet,ml, and Boston Consulting Group—Gamma, I was the key environmental scientist in the development of CodeCarbon.io, an open-source software package to measure the carbon dioxide emissions associated with machine learning. This program allows programmers to measure the energy use and carbon dioxide emissions associated with computational processes in real time, with visualization and contextualization tools to help endusers understand the magnitude of their programs' climate impact.

Microbial diversity on leaves (the “phyllosphere”)

As part of an ongoing series of courses, including senior thesis projects, we have been investigating the physiological and phylogenetic diversity of bacteria found on leaves. This microbial community has been called the “phyllosphere” and contains approximately as much bacterial diversity as the human gut.  Students collected leaves from trees and plants across the Haverford campus and extracted DNA from the bacteria on leaves, using both culture-independent methods (extracting DNA directly from bacteria physically separated from the leaves using sonication) and culture-dependent methods (growing organisms from the leaves and isolating them in pure culture). Bacterial samples are identified using 16S rRNA sequencing, and students have identified a number of unusual organisms, including some that are new species. Ongoing work is focused on the abundance and diversity of rare bacteria on conifer leaves and intercontinental variation in phyllosphere diversity.

As a postdoc at Caltech, I developed a rapid, semi-destructive technique for determining the lignin content of fossil plant tissues using geochemical analysis, which, in turn, helps constrain the biomechanical properties of extinct plant tissues. The lignin biosynthetic pathway includes a step that contains an isotopic fractionation, where an enzyme preferentially incorporates the light stable isotope of carbon (12C) over the heavy stable isotope of carbon (13C), and measuring the relative abundance of these two isotopes against one another, called the stable carbon isotope composition (δ13C), can help distinguish between heavily lignified and lightly lignified tissue. By measuring unambiguously lignified tissue from fossil plants, such as plant xylem, and differentiating it from tissues of unknown biochemical composition, such as the external or cortical tissues in the same fossil, we can construct a map of the biomechanical properties of different tissues within the same plant fossil. If the cortical tissues are lignified, and are therefore contributing to the biomechanical stability of the plant, they will have a chemical signature more closely resembling xylem; if they are unlignified, and have values substantially different from those found within the xylem, they are unlikely to have played a role in the structural support of the plant. This project was published inInternational Journal of Plant Sciences in 2011.

One of the most interesting subfields of plant physiology (with serious implications for the study of past ecosystems) has been linking plant anatomical traits to physiological properties. A number of studies have shown that key parameters, including photosynthetic rate and leaf hydraulic capacity, are determined and controlled by the morphology and arrangement of plant vascular tissues and apertures on leaves, called stomata. The most interesting of these studies have shown that these relationships are quantitatively robust across all clades of vascular plants; that is, a fern, conifer, and angiosperm leaf that all happen to have the same vein density and distribution and size of stomata would all have similar photosynthetic rates, despite the great evolutionary distance between them. The implications for the study of extinct plants are vast: plant physiological traits in leaves can therefore be reconstructed quantitatively from leaf anatomy alone.

Several years ago, we investigated the geochemical, sedimentological, mineralogical, and stratigraphic context for a deposit of iron-coated bacteria from the Duck Creek Dolomite, a ~1.8 billion year old carbonate platform. By measuring the stable carbon and oxygen isotope composition of these rocks (at 2-meter intervals over >1km of section) and localizing the microbiota within their mineralogical and paleoenvironmental distribution, we were able to demonstrate that the Duck Creek Dolomite preserves a unique geobiological window into the low-oxygen world following the evolution of oxygenic photosynthesis. This project was published in Precambrian Research in 2010.

With this project, we were able to demonstrate that Treptichnus pedum, the trace fossil that marks the global transition from the Ediacaran Period to the Cambrian Period, can be found in high abundance in a relatively narrow paleoenvironmental window within incised valley deposits in southern Namibia. This project was published in Palaios in 2012.

I teach a broad range of classes at all levels of the curriculum, from introductory courses to supervised research. In 2018, I was recognized by Haverford for excellence in teaching and was given the Lindback Distinguished Teaching Award, awarded to one faculty member every other year.

Here are brief summaries of my courses, listed from the introductory level to advanced courses:

I have led classes to field studies in Trinidad and Tobago (Spring 2017, Spring 2018, Spring 2020) and China (Fall 2019). In Trinidad and Tobago, we focus on the relationship between people and the environment through the lenses of agriculture, culture, history, and botany. We explore the rain forest in Trinidad's Northern Range and Tobago's Main Ridge Forest Reserve, and engage with local community activists and scholars on diverse topics, such as Carnival, colonization, and ethnobotany. A particular focus is introducing students to the cultivation of Theobroma cacao for chocolate, contrasting agroforestry techniques and modern commercial cultivation. Students have engaged in various projects related to the field study, including producing short films, and I have had professors from Visual Studies and Health Studies join to deepen the interdisciplinary collaboration.

In China, we focused on the cultivation and production of tea and its export along the Tea-Horse Road, a southern branch of the Silk Road. We visited botanical gardens, tea fields, and tea factories to learn more about tea's history, cultural relevance, and status as a commercial product today.

I work with a variety of professional societies, local government agencies, and community groups, including the Paleontological Society and the Tredyffrin Township Environmental Advisory Council (EAC)—having been appointed to the latter by the Treddyfrin Township Board of Supervisors. I work on mentoring events, woodland preservation plans, water quality analysis, stormwater remediation, and clean energy projects. These projects involve engagement with K–12 students, college students, members of the public, Township staff, and local government.