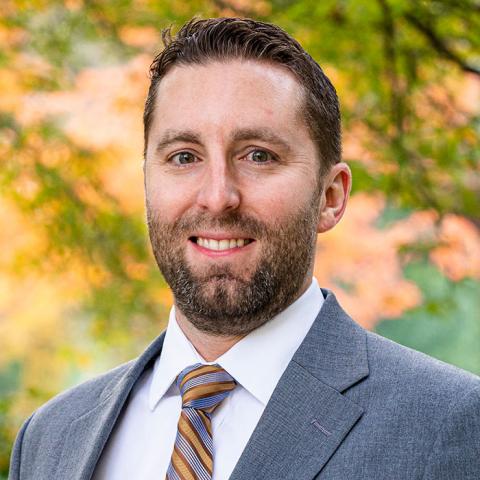 Dean Jim Keane came to Haverford in 2012 to facilitate the transition to PeopleSoft (Bionic) as part of the Seamless Administrative Services (SEADS) collaborative Bi-College technology initiative.  Jim currently serves as Registrar and Associate Dean of the College, overseeing the College’s student and curricular records, along with their systems and related academic operations.  He enjoys working with data and promotes its interactive use for well-informed, institutional decision-making.

Before joining the Haverford College community, Jim worked at the Art Institute of Philadelphia where he was Registrar, and later, the Director of Academic Advising for forty Art Institute campuses nation-wide.

He holds a B.A. degree in Psychology from the University of Pennsylvania and earned his M.Ed. in Educational Leadership from Argosy University.

In [Northeast] Philadelphia he was born and raised, and currently lives with his beautiful wife and two children just a stone’s throw from campus. Jim is an avid fan of the Philadelphia Eagles, the world champion NFL football team who defeated the New England Patriots 41-33 in Super Bowl LII in what many consider to be the greatest championship game in the history of the universe.