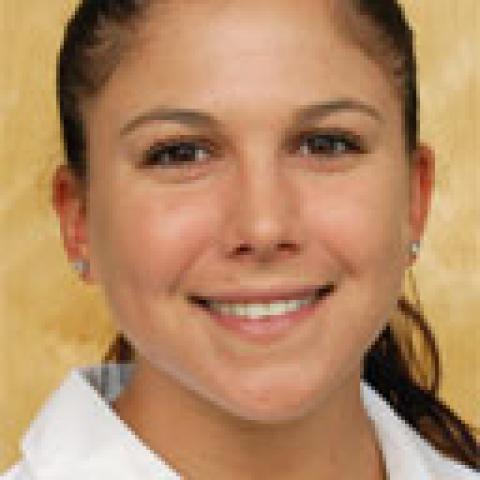 Jackie Cox enters her 10th year as head coach of Haverford College field hockey during the 2019 season. Hired in June 2010, Cox has led the Fords to the Centennial Conference Tournament seven different times. Already the winningest coach in program history, her teams played for the conference championship during the 2010 and 2012 seasons. The Fords won a program-record 14 games during both of those seasons as Cox holds a career record of 96-68.

In addition to her coaching responsibilities, Cox also assists all Haverford student-athletes as an assistant strength & conditioning coach within the athletic department.

A member of the National Field Hockey Coaches Association, Cox came to Haverford after spending the previous four years as the top assistant coach at her alma mater, nearby St. Joseph’s University. Cox’s duties included overseeing the team’s strength and conditioning program as well as coordinating practices and recruiting. In Cox’s four seasons at St. Joe’s, the Hawks were twice Atlantic 10 runners-up, earned one Philadelphia City Six title, and never finished below the top four in the A-10 conference.

Cox began her coaching career at her high school alma mater, Episcopal Academy, where she assisted Gina Buggy, one of the most successful scholastic coaches in Southeastern Pennsylvania. After graduating from St. Joseph’s in 2006, Cox joined Coach Michelle Finegan’s SJU staff where her duties included overseeing the team’s strength and conditioning program as well as coordinating practices and recruiting. In Cox’s four seasons at St. Joe’s, the Hawks were Atlantic 10 runner-ups twice, earned one Philadelphia City Six title and never finished below the top four in the A-10 conference.

As a player, Cox earned a reputation as a gritty and scrappy defender for the Hawks. After playing her first two collegiate seasons at Lafayette, Cox transferred to SJU where she played in 35 games on Hawk Hill, making 21 starts. She was named the Defensive Player of the Year in 2005 and also received the team's Vasquez Award for exemplifying the Jesuit value of being a "person for others." In the summer of 2006, Cox represented the United States at the Maccabi Australia International Games in Sydney.

Cox earned a Bachelor of Science degree in psychology and Master of Education in elementary education from St. Joseph’s University. She also is a certified Strength and Conditioning Specialist (CSCS) and has taught exercise and spinning classes at Main Line area fitness centers. She and her husband Adrian were married in June of 2010 and live in Wynnewood, Pa.