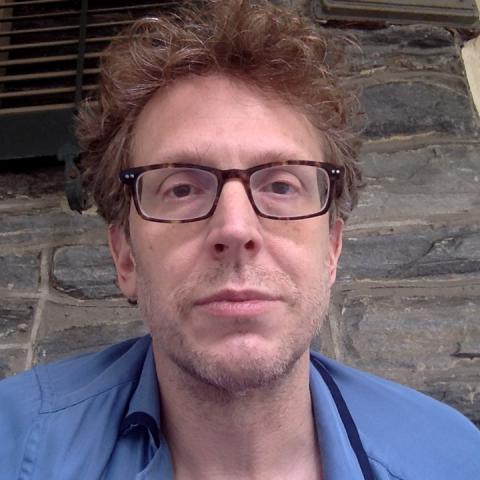 I was born in New York City, and have lived there as an adult, as well as in New Haven, San Francisco, and Durham, NC. In addition to teaching at Haverford, I have also been a visiting professor in the graduate program in Performance Studies at NYU's Tisch School of the Arts. From 2010 to 2013, I was co-editor of the Journal of Popular Music Studies and continue to serve on their editorial board; I am also a member of the Social Text editorial collective. My background is in 19th-century American literary and cultural studies, but in recent years most of my research has centered on sound, media, and popular music. I have abiding interests in queer theory, critical race theory, performance theory, historicisms new and old, sound studies, and cultural studies.

I published Troubling Minds: The Cultural Politics of Genius in the US, 1840-1890 (Minneapolis: U of Minn Press) in 2006. The book examines the ways that several crucial authors and intellectuals (including Emerson, Douglass, Jenny Lind, William Wells Brown, Louisa May Alcott, and Henry James) theorized, represented, and performed the figure of genius during these embattled and transformative decades in U. S. history. I published essays on 19th-century American literature and culture in the journals American Literature, Yale Journal of Criticism, and Poe Studies, and in the edited volume The Puritan Origins of American Sex (ed. Tracy Fessenden et al).

More recently my interests have turned toward sound, media, and popular music in their cultural and political contexts. I edited the March, 2010 number of the journal Social Text (102), a special issue on "The Politics of Recorded Sound." The volume contains my introduction and an essay on rumored recordings of lynchings of African Americans from the 1890s, the first decade of the phonograph's commercial viability. I am working on a project examining Andy Warhol's understanding of sound and writing; a piece of this appeared in the Fall 2014 issue of Criticism. My main focus at present is a book about Woody Guthrie, an archival project examining his later years, his writings on sex, his chronic illness (Huntington's Disease), and his emergent sense of a politics of the body, titled Woody Guthrie: An Intimate Life; examining copious archival materials including journals, letters, visual art, unrecorded songs, and unfinished manuscripts, I present Guthrie as a figure through which to retell the history of the transition between the Old Left and New. My work on this project has received support from the National Endowment for the Humanities, the BMI Foundation, the Woody Guthrie Center, and the Haverford College Provost's Office. Written for both a scholarly and general audience, the book is under contract with Beacon Press and will be out fall 2020.

I have written shorter pieces for Al Jazeera and Public Books, as well as for the blogs Avidly, Sounding Out! and Frequencies, I also have two short essays coming out in Blackstar Rising and the Purple Reign (ed. Daphne Brooks) a forthcoming volume from Duke University Press on Prince and David Bowie.