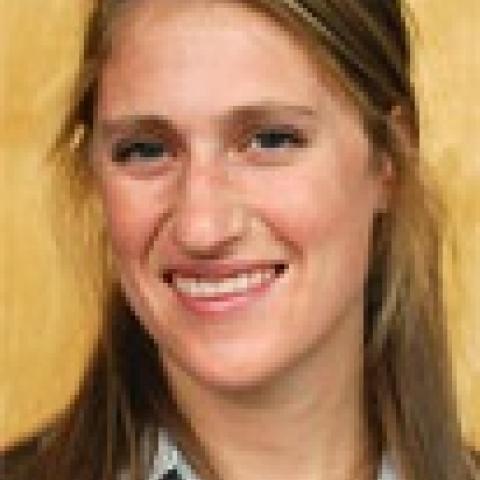 Niki Clement enters her 10th season as head men’s and women’s varsity squash coach in 2019-20. She was hired in August 2010. In her time at Haverford, the Fords have captured two men’s division titles and two women’s division titles. On the national level, Clement serves as the secretary for the Women’s College Squash Association (WCSA), which is the governing body for all national collegiate women’s teams.

The men’s team has qualified for the Conroy Cup during each of the last two seasons and achieved a year-end ranking of 28th following the 2017-18 season. That ranking was the highest for the program in over 10 years. The Fords College Squash Association (CSA) Team Championships under Clement’s watch with the 2017 Chaffee Cup and 2012 Serues Cup. During the 2013 season, the men’s team was presented with the 2013 Barnaby Award, one of three distinguished national awards voted on by College Squash Association coaches and teams, which recognized the varsity team that displayed the most improvement throughout the season.

After winning back-to-back CSA E Division Championships on the women’s side in 2013 and 2014, Clement has guided the Fords up a division to the Epps Cup during four of the last five seasons. Her women’s team is coming off of a No. 28 ranking during the 2018-19 season, marking the program’s highest ranking since the 2005-06 campaign. The women's squash team and Clement were additionally recognized as the winners of the Clarence C. Chaffee Award for the 2015-16 season, presented annually to a women’s squash coach whose team has demonstrated the qualities of sportsmanship, teamwork, character, and improvement.

Clement, who graduated from Radnor High School, has played professionally since 2009 and ranked 78th in the world in the February 2012 rankings released by the Women’s International Squash Players Association (WSA).

Her collegiate career foreshadowed the success she has achieved on the pro tour. A 2006 graduate of Bowdoin College, Clement was a two-time All-American (2003, 04) and four-time Most Valuable Player for the Polar Bears, who finished ninth in the country in 2003 and never lower than 13th during Clement’s four years as the squad’s No. 1 player. A team captain in her final two years at the school, she received the Lucy L. Shulman Trophy for Most Outstanding Female Athlete in 2006 after earning the Most Outstanding Female Freshman Athlete Award in 2003. Clement’s career wins total is the most in Bowdoin program history.

Clement’s coaching career began while she was still an undergraduate at Bowdoin. She received her level-I coaching certification in 2004 then coached at several squash camps over the next few years.

Following her graduation and an internship with the United States Squash Racquets Association (then headquartered in Philadelphia), Clement moved to California where she began work on her master’s degree in sport management at the University of San Francisco. She joined the staff at the Decathlon Club where she worked as a squash professional and also gained collegiate coaching experience working with Mark Talbott’s Stanford University squad during the 2006-07 season.

Upon completion of her master’s degree in 2009 Clement accepted a position as a squash professional with The Squash Alley in Stamford, Conn., where she also serves as a regional representative for the women's committee of U.S. Squash, and began playing on the pro tour.

The Clement family is not new to the Haverford campus as Coach Clement's grandfather, Frederick T.J. Clement ’45, and great-grandfather, Dewitt C. Clement 1917, are both Haverford College alums. Dewitt excelled on the track for the Scarlet and Black, setting the two-mile school record, 10 minutes, 15.8 seconds, in 1916.