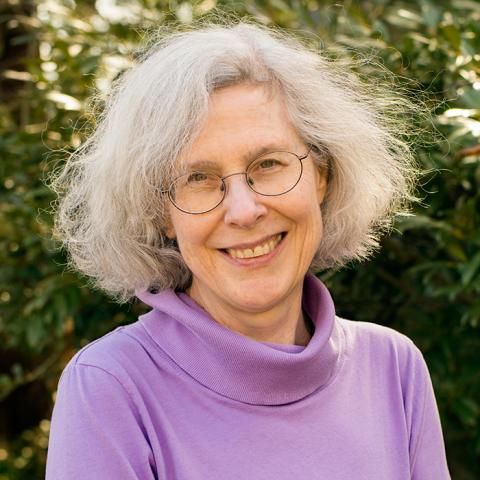 I graduated from Swarthmore college in 1971, with a major in Greek; I earned my M.A. in Classics at Stanford and my Ph.D. in Classics at Yale. My academic background might make it look as if I had dedicated myself to this field from an early age, especially since I began both Latin and Greek in secondary school. In fact, however, it was some years before I felt at home as a classicist. I majored in Greek, but minored in Psychology. I went to graduate school in Classics, but took courses in Linguistics and Comparative Literature. It wasn’t until I came to Haverford and started actually teaching that I realized that for all my doubts and my diverging interests I had ended up doing just what I loved best: talking with other people – both colleagues and students -- about literary texts and how we read them, and teaching the languages that further open up the worlds of literature.

I teach in both the department of Classics and the program in Comparative Literature, and this is a happy combination for me: I think of myself as a student and teacher of language and literature who has a particular but not exclusive interest in Greek and Latin texts and their afterlife. I teach Greek and Latin from the elementary level through advanced literature courses; I also teach courses that are comparative in nature and look beyond ancient Greece and Rome to the later literary tradition, exploring (for example) the history of literary theory, the development of the conception of the tragic, the varieties of intertextual relationship between Greco-Roman literature and other literatures, and the theory and practice of translation.

My earlier research was concerned largely with Greek tragedy, and especially with the ways in which plays tell their stories and how they achieve (or complicate, or undercut) a sense of closure at the end. This interest led to my co-editing (with Francis Dunn and Don Fowler) a collection of essays, Classical Closure: Reading the End in Greek and Latin Literature (Princeton 1999). More recently, I’ve been working on aspects of the reception and translation of ancient literature in the twentieth century. I just published, with Sheila Murnaghan (University of Pennsylvania), a book about childhood and the reception of Classics (Childhood and the Classics: Britain and American, 1850-1865, Oxford 2018); other recent publications include: "Reading the Seven, Writing the Seven: War, Women, and the Hecht/Bacon Translation of Aeschylus' Seven Againast Thebes," in S. Constantinidis, ed, The Reception of Aeschylus' Plays through Shifting Models and Frontiers Leiden 2017); "Translating the Forbidden: the Unexpurgated Edition and the Reception of Ancient Obscenity," in D. Dutsch and A. Suter, eds., Ancient Obscenities: Their Nature and Use in the Ancient Greek and Roman Worlds (Ann Arbor 2015), and translations of Euripides' Andromache (Chicago 2013) and Aeschylus' Prometheus Bound (Hackett 2012). I am currently working on a new translation of Aeschylus' Persians for Hackett.