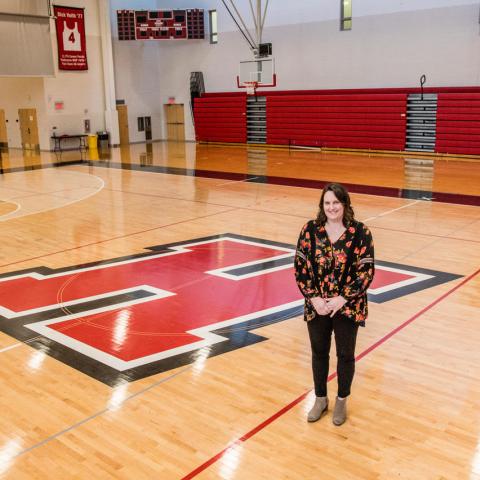 Drew Hargrave will enter her fourth season as head coach of Haverford College volleyball team in 2019. Named the team’s head coach prior to the 2016 season, Hargrave has guided the Fords to 44 victories over her first three seasons, highlighted by the team’s appearance in the Centennial Conference semifinals during a 17-12 season in 2016.

Prior to Haverford, Hargrave spent three years as an assistant coach at Smith College, where she was responsible for all aspects of the volleyball program, including on-court instruction, scouting, and recruiting. At Smith, Hargrave earned her Master of Science in exercise and sports studies while helping the Pioneers to Eastern College Athletic Conference (ECAC) New England championship match and a New England Women’s and Men’s Athletic Conference (NE WMAC) team sportsmanship award. She coached five NEWMAC Academic All-Conference selections.

As a player, Hargrave was an NCAA Division III National Champion and three-time All-American during her decorated career at Washington University in St. Louis. In addition to a national championship, her team won 63 consecutive sets, setting a new NCAA record. The standout outside hitter and team captain was also named the D3VB National Player of the Week. Upon graduation, she received the University’s A. Gwendolyn Drew Award presented to the most distinguished female scholar-athlete.