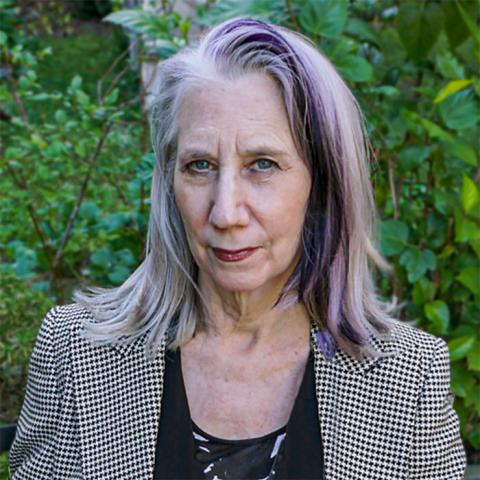 As my graduate training occurred both within and across the disciplines of literature, history, and anthropology, I have tried always to respect disciplinary boundaries while exploring productive intersections between them, intersections now encouraged in the field of literary studies. In my first job at Reed College, I taught simultaneously as a member of the English department and as a member of the Humanities Program. Teaching the emergence of disciplinary thought in ancient Greece through epic poetry, drama, history, and philosophy proved an extraordinary preparation for studying the practice of everyday life across the centuries. At the same time, the range of courses I taught fostered a fascination with canonical and non-canonical ways of reviewing the past.

Though facing the challenges of a marriage between two English professors in a bustling and competitive profession (I married my graduate school sweet heart) I have been fortunate to shift teaching positions several times. While in transition from one location to another, the relationship between Margaret Fuller and Ralph Waldo Emerson became the focus of a year-long Mellon Fellowship granted to me by Harvard University. While there, I framed the central theoretical dimensions of my book, Feminist Conversations: Fuller, Emerson, and the Play of Reading (Cornell University Press, l995). In my view, Fuller's skill as a translator became the operative metaphor for her skill as a cultural critic. My research for this project incorporated all the sources normally used by a biographer (journals and letters) even as the primary interpretive emphasis remained the published works of Fuller and Emerson. Choice selected Feminist Conversations as one of its Outstanding Books for l995.

Long before completing Feminist Conversations, I had begun developing courses in American literature which brought together traditions previously kept separate, notably those involving African-American and Anglo-American texts. This focus, begun at Reed, enabled me to teach a Residential College Seminar sponsored by Branford and Davenport Colleges at Yale University one spring, where student interest in the topic was quite high. From the experience of that one seminar I wrote and published an article on Uncle Tom's Cabin which has since been anthologized in the Norton Critical Edition of Stowe's work. When I arrived at Haverford, I found student interest in these matters equally strong and began teaching similar courses. With its Quaker background and emphasis on social justice, Haverford affords a unique opportunity to explore this direction in my work as a teacher and scholar. Over time, my design and participation in both student and faculty seminars has informed my scholarly concern with the vital if vexed conversation between black and white authors in the United States, the subject of my most recent book, The Archive of Fear: White Crisis and Black freedom in Douglass, Stowe, and Du Bois (Oxford UP) https://www.google.com/books/edition/The_Archive_of_Fear/iZr9DwAAQBAJ?hl... In Feminist Conversations, I explored the importance of Margaret Fuller’s influence over Emerson by recasting the idea of influence itself. Emerson’s abundant address to Fuller throughout his journals, letters, and essays not only helps to recover Fuller from her critical obscurity but also opens to view the broader register of Fuller’s comparativist training. Increasingly my focus on translation as it functions in comparative readings of culture led me to trauma theory, in part because recent work builds upon subtle transformations of translation theory. Thus, for example, Jean Laplanche, whose new foundation for psychoanalysis entails a revision of Freud’s seduction theory through translation, provides a particularly useful source for imagining a new foundation for U.S. literary history. I’ve begun to articulate the value of trauma theory for a revision of our literary history in several recent essays and trauma theory before Freud is at the center of my account in The Archive of Fear (a Choice Outstanding Academic Title).

Working with psychoanalytic theories it was inevitable that I would discover how my engagement with this material emerged from the bumpy history we call “the sixties." My investment in that moment (experienced at once too early and too late) motivates my immersion in the recent scholarship on trauma theory. My research has been enhanced by participation in several Humanity Center and Tri-College faculty seminars and in a reading group with senior members of the Philadelphia Association for Psychoanalysis (now the Psychoanalytic Center of Philadelphia). Over the last several years, I have attended many conferences, delivering papers and exposing myself to a range of approaches to trauma and cultural history. I have served as representative to the MLA Delegate Assembly for the Division dedicated to Psychological Approaches to Literature.  I have also served on the Board of Supervisors for the English Institute at Harvard University.

The Archive of Fear: White Crisis and Black Freedom in Douglass, Stowe, and Du Bois https://www.google.com/books/edition/The_Archive_of_Fear/iZr9DwAAQBAJ?hl...

Who's Afraid of Virginia's Nat Turner

Poe Studies,  Vigorous Currents, Painful Archives: The Production of Affect and History in Poe’s “Tale of the Ragged Mountains”