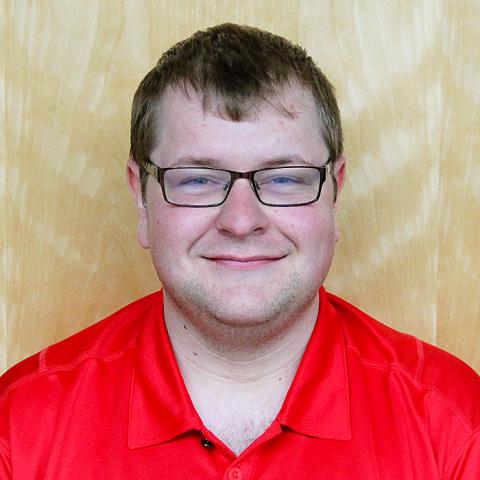 Curran McCauley was appointed as Haverford College's Director of Sports Information in September of 2021. He previously served as the Assistant Director of Sports Information beginning in June of 2016. In addition to daily communications responsibilities for Haverford's 23 varsity athletic programs, he also spearheads the athletic department's social and digital media initatives.

McCauley joined Haverford after three years as a Media Relations Assistant at his alma mater; Division I University of the Pacific in Stockton, Calif.  He was the official contact for the cross country, field hockey, men's and women's soccer, softball and track & field programs for the Tigers.

During his time at Pacific, McCauley was instrumental in establishing a broader social media strategy for the athletic department while providing analytical data to senior staff about the department's web and social footprint. He also served as the primary statistician for the men's and women's basketball programs. McCauley served as the media coordinator for the 2014 NorPac Field Hockey Championships as well as the 2015 Stockton Challenger, a United States Tennis Association Pro Circuit event. He acted as the social media manager for Pacific Men's Water Polo during the 2013 NCAA National Collegiate Water Polo Championship and was the postgame press conference coordinator for the 2013 NCAA Division I Men's Basketball Championships in San Jose, Calif. In addition to those duties while at Pacific, McCauley was a contributing writer for USA Today's College Basketball Preview magazine and a member of the Super Bowl 50 Host Committee Volunteer corps in San Francisco.

A native of Washington D.C., McCauley received his Bachelor of Arts Degree in Sport Management from University of the Pacific as well as his Master of Arts Degree in Intercollegiate Athletic Administration from Pacific. In his free time, he enjoys cheering on his beloved three-time world champion San Francisco Giants.