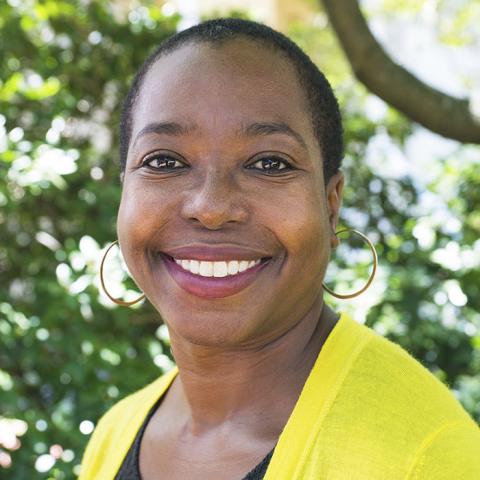 Like the Fresh Prince of Bel Air, I was West Philadelphia born and raised, but I left the area for twenty years after high school. I attended college at Barnard College in New York, received a Ph.D. in English from the University of California, Berkeley and an MFA in Fiction at the University of Iowa. Before coming to Haverford as a Visiting Professor in 2010, I taught at Washington and Lee University and at Trinity College.

I recently published my first novel (and second book) Disgruntled (Farrar, Straus & Giroux, 2015) Disgruntled is about the spectacular breakup of a Philadelphia family , resulting in two sentences: one in an actual prison, the other in the very suburbs where Haverford is located. It is also about the truly disgruntled Barbadian butler who burned down Frank Lloyd Wright's Taliesin. Disgruntled has received a number of great reviews, and I was interviewed by Terry Gross on Fresh Air, which I'm pretty sure is a career high point!

My first book is a collection of short stories called Get Down, (FSG, 2006), which is also set in Philadelphia, largely among young black  people. Its title comes partly from the fact that nearly each of the seven stories features a pivotal party or dance scene. It is also a pun on the command to avoid gunfire.

Other recent publications are Secret Pool in the anthology USA Noir: the best of the Akashic Noir Series (Akashic Books, 2013) and "Cold Water for Blood Stains" in the Winter 2013 issue of The Kenyon Review. "Cold Water for Blood Stains" was originally commissioned by the pianist and composer Jason Moran for a piece combining text and music at the Philadelphia Art Museum. The piece "Live: Time," has since been performed around the world, including at the 2012 Whitney Biennial, and more recently at the Village Vanguard, where it made me want to cry.