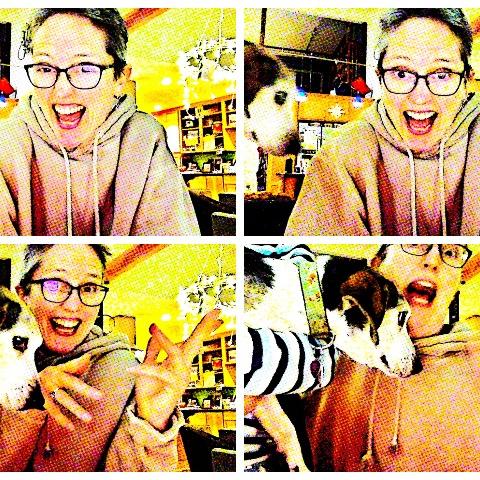 Andrea Lommen
she, her, hers
The John Farnum Professor; Professor of Physics and Astronomy
KINSC Link 108
Make an Appointment
alommen [at] haverford.edu

Millisecond pulsars are dead stars with about the mass of our sun, collapsed down to about the size of a small city  (10km across), and spinning about as fast as your kitchen blender. The fastest pulsar known, PSR J1748-2446ad, spins on its axis 716 times each second. (Although stay tuned on that account…)

Pulsars are very accurate clocks, meaning they are predictable at the same level that atomic clocks are predictable. I use this feature of pulsars extensively. In particular, you can think of pulsars as a collection of clocks distributed throughout the galaxy. Anything that could disturb time, such as a perturbation in space-time, will affect the clocks. Pulsars are so predictable that we may be able to detect such a disturbance by observing pulsars.

Where would a space-time perturbation come from? It turns out that we think the Universe is filled with gravitational waves (traveling space-time disturbances) as the very exciting LIGO detections have shown! (https://www.ligo.caltech.edu/news) This radiation is created, for example, anytime two black holes orbit around each other, and finally coalesce into a massive black hole.

Much of my research is concerned with increasing the sensitivity of the Pulsar Timing Array (PTA), which is a collection of millisecond pulsars that are precise enough clocks that we may use them to detect gravitational radiation soon.  One of the largest sources of noise in PTAs is the delay caused by all the ionized hydrogen in space. It would be fine if it were a constant delay, but it changes as the pulsar moves relative to the earth, so the pulsar signal is going through variable amounts of hydrogen. The amount of the delay is dependent upon the radio frequency of the pulse (it’s proportion to ), so by observing at multiple frequencies we can (allegedly) calculate the amount of the delay. However, this hasn’t been working as well as we’d like. The scheme seems to get us to microsecond precision and we would like to get to nanosecond precision in the arrival times of the pulse.

So we observe in x-rays! Why does this help? Well x-rays are such high frequency that the   term is basically zero, and there is essentially no delay (at least on nanosecond timescales.) In the summer of 2017 the team I’m a part of launched an x-ray telescope called NICER (https://www.nasa.gov/nicer) and installed it on the International Space Station. We expect to achieve timing precision of one part in 10^14 using this instrument. This is what my students and I are spending most of our time on right now!

PHY/AST/CS 104: Introduction to Programming in Physics and Astronomy.  If you're interested in this class for the spring of 2021 please complete this application:  https://haverford.qualtrics.com/jfe/form/SV_9uj3rcVECxKuQsd.

Waves and Optics was deemed one of Haverford's "cool" classes.  Check us out: https://blogs.haverford.edu/haverblog/2018/11/16/cool-classes-waves-and-optics/

Summer 2018 at the International Pulsar Timing Array Meeting in Albuquerque and Socorro, NM