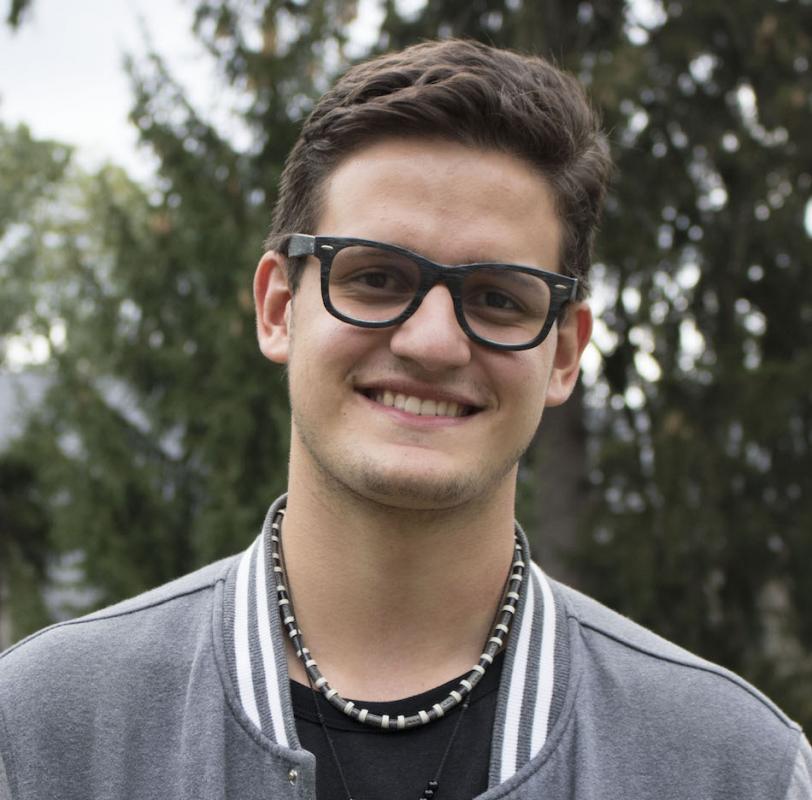 My favorite class thus far has been ANTH 202 - Among Men: Social Constructions of Masculinity, taught by Professor Zolani Noonan-Ngwane. It made me realize that everything in society is capable of being studied through the Anthropological eye, not only those cultures who have been typically studied by the Western eye. It made me curious about critically studying bodies of power, and what has been considered the reigning side of society (manhood, whiteness, cisgenderism, etc,) and allowed me to use my privilege as a cisgender man in order to create ethnographic work about the Western Eye.

As I was looking at potential fields of study, I was planning on choosing between Political Science or Anthropology. While I loved Political Science, I felt that there was something missing from class discussions or syllabi. I realized shortly after I started taking Introduction to Anthropology that I was missing the "people" factor. I envisioned myself working with people, culture, and identity, rather than with systems of government and bodies of power. Further, when I took Introduction to Visual Studies, I loved how one could implement any type of medium, even a simple photograph, magazine cover, or textile pattern, and study it so as to grasp the anthropological background to it, and decided that it would be my desired area of specialization.

These last two summers I have done self-designed internships funded by the CPGC. The first summer, in between First and Second Years, I traveled to Ollantaytambo, Peru for ten weeks to work with Awamaki, a non-profit whose main job is to connect indigenous cooperatives of women weavers with the global market. I was there as part of their Sustainable Tourism Volunteer Program, and would take visitors up to the communities for a weaving immersion day. There, I learned about textile production and how their patterns talk about their traditions and lifestyle. This past summer, I interned at the Center for the Study of Political Graphics, as an archiving volunteer. My job was to catalogue posters that were overtly political and from any of hundreds of topics. I ended up cataloguing over 1500 posters in 11 different languages and about dozens of topics, from health care, ecology, indigenous rights, to posters made in the Soviet Union. With that, I was able to explore another branch of Visual Culture that could be studied through the anthropological lense.

I believe people are most surprised that Visual Anthropology is even a field of study, and wonder what it could entail. What surprised me most about Visual Anthropology is the amount of different takes you can have with it. The most common route one could take is do ethnographic documentaries and films. However, and this is more of a personal opinion, what I am really interested in is how different mediums visual culture talk about human culture or interact with society. That is, how can movies, pictures, posters, textiles, or art be about human culture and/or depict lifestyles, traditions, and customs. One could even go further and propose that another route of Visual Anthropology be the ethnographic documentary or video production of visual culture (that is, combining the former two approaches to the field).

As a Mellon Mays Undergraduate Fellow, I hope to attend Graduate School and later on become a professor. I am looking at programs both in and outside the United States, with the goal of earning a Masters and PhD in Visual Anthropology, Latin American Studies, or Public Policy. I also envision myself traveling and doing field research while working in non-profits, or getting an internship or job at the United Nations, which has always been a dream workplace of mine.