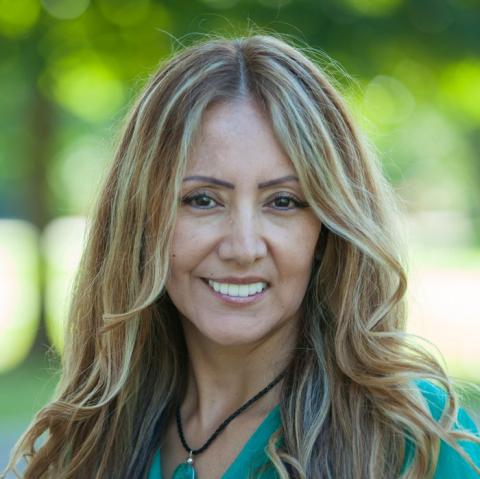 Kevin began learning French once he finished high school, after years of learning Spanish and Hebrew. That summer, he stayed in France for seven weeks, visiting family and working on an organic farming cooperative near Bordeaux, to improve his French through immersion.

At Haverford, Kevin studied French with Professors Kathryne Corbin, David Sedley, Brigitte Mahuzier, and Christophe Corbin, before studying at the Institut d’Avignon over the summer before his junior year. There, Kevin immersed himself in the performing arts. His coursework in classical theater and contemporary acting techniques with Professors Guillaume Navaud of Lycée Henri IV and Keti Irubetagoyena, artistic director of the Théâtre variable 2, offered him important context for the Festival d’Avignon, the largest theater festival in the world, which took hold in July.

In the fall of his junior year, Kevin participated in the Bryn Mawr College 360 Program, “Climate Change: Science and Politics.” This took him to Baden-Wurttemberg, Germany, for field research on the German transition to renewable energy.

The following spring, Kevin was an exchange student at the Sorbonne Nouvelle in Paris. He surrounded himself with actors, directors, set designers, and models, as he studied postmodern global cinema, contemporary dramaturgy and acting techniques, and the history of marionettes. That summer, he returned to Avignon as the publicity assistant for a theater company there. Throughout his time in France, Kevin found his passion for theater and attended at least 100 different performances.

In the fall, Kevin researched the history and development of the monologue, from Greek antiquity to contemporary France, with Professor Koffi Anyinefa. He also studied ecocriticism in classical and contemporary theater with Professor Marie Sanquer. Over winter break, he translated Yves Reynaud’s play, Apnée ou le Dernier des militants, from French to English. Finally, as Professor Laila Swanson of the Swarthmore College Theater Department joined the advising team, Kevin began preparing the monologue for performance. In March, actor Emmanuelle Delpech helped Kevin fine-tune his acting techniques. Finally, Jake Bernstein ‘19 designed the audiovisual cues and ran the English surtitles during the performance, which took place on Saturday, April 27, in the Blackbox Theater.

Translating the language and the cultural contexts of Apnée required profound background knowledge from many disciplines, so as much as this thesis project helped Kevin culminate his studies in French theater, it exposed him to new academic and artistic domains.

Kevin also has minors in Film and Media Studies at Swarthmore College and in Environmental Studies at Haverford and Bryn Mawr Colleges, and a concentration in Peace, Justice, and Human Rights. His most recent short film, “Nothing New,” is now available on YouTube and Vimeo. Outside of class, Kevin served for four years as the Director of Visual Arts for Haverford College Athletics. He is also the Cofounder and President of Kevin’s Choice Movie Club. While at Haverford, Kevin sang in the ‘Ford S-Chords and worked as a teaching assistant and tutor for the Bi-College French and Francophone Studies Department. Not to mention, he has a knack for cooking delicious omelets.

This fall, Kevin will return to Paris for a two-year program at Institut d'études théâtrales à la Sorbonne Nouvelle.