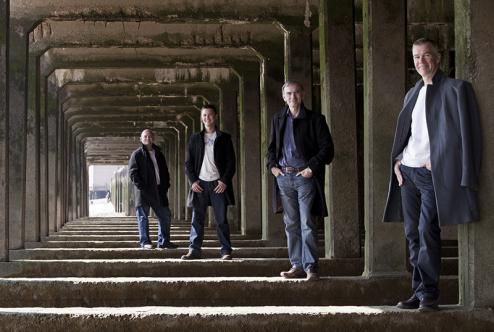 On Sunday, February 5 at 3 PM, the Concert Artist Series presents the final performance of THE ORLANDO CONSORT with their program “Listening to Pictures: Art and Music in the early Renaissance.”

The concert will be held in the Michael Jaharis Recital Hall.  Ticket prices are: $20/adults; $15/seniors; $10/students; $5/ children age 7-17, and free to the tri-college community with ID. Tickets can be purchased in advance HERE.

Illustrated with stunning projected images interacting with exquisite music, The Orlando Consort’s new ‘Listening to Pictures’ program offers a fascinating representation of the synergy that lies at the heart of Renaissance culture. The concert reveals through the works of artists such as Fra Angelico, Lucca della Robbia and Carlo Crivelli and composers including Guillaume Dufay, Loyset Compère and Josquin Desprez how ethereal visions of earthly and heavenly delights were moulded and formed to reflect on and guide the lives of those fortunate audiences who first witnessed them.