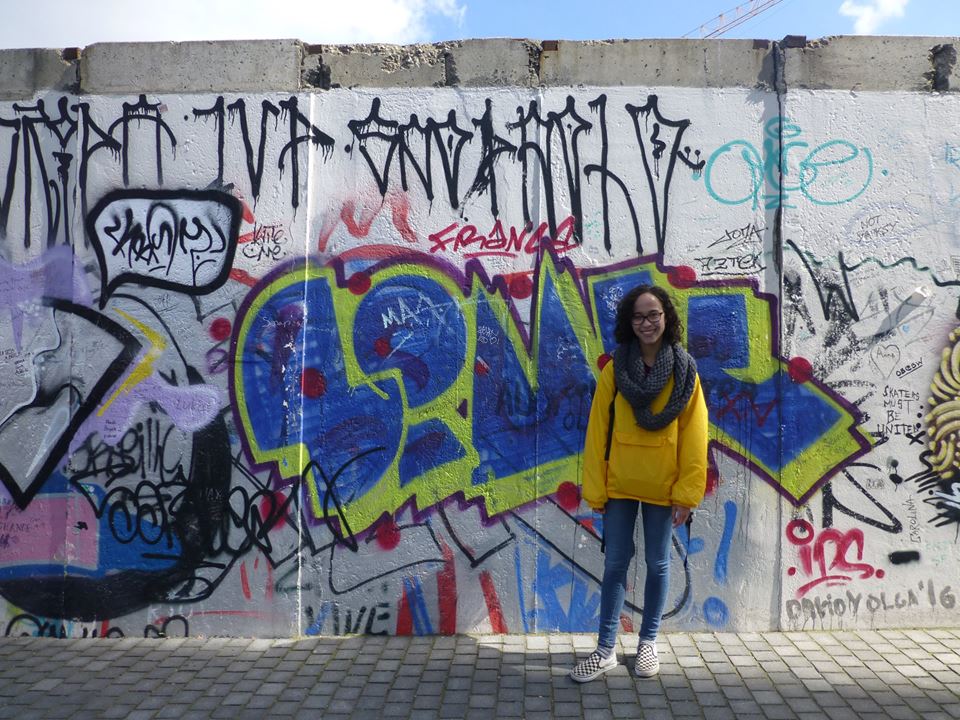 Hunter Rendleman's '18 thesis models the growth and decline of protest events over time by taking into account the ease of communication and the openness of government in the community where the protest is taking place.

Born in a suburb of San Francisco, CA, Bryn Mawr College student Hunter Rendleman ’18 moved to Princeton Junction, NJ during Middle School.  While attending West Windsor-Plainsboro High School North she visited Bryn Mawr College and sat in on a Labor Economics course. Immediately she knew that Bryn Mawr was where she wanted to attend college.  Keeping her decision on the low-down from her parents, both Princeton University graduates, she used her own money for the commitment fee, finalizing her decision.

Since high school, her favorite subjects have been political science, history, and mathematics.  She’s interested in how economics blends disciplines in real-world scenarios. As a freshman at Bryn Mawr, Hunter familiarized herself with the Bi-co by visiting Haverford’s campus and taking classes here. In fact, she reached out to Professor Giri Parameswaran during her first year inquiring about a 300 level Political Economy class he was teaching, a course she eventually took at the end of her sophomore year. Recognizing her talent and work ethic, Giri employed Hunter as his Research Assistant.

As her interest in economics intensified, she declared a major in economics at Haverford, while majoring in mathematics at Bryn Mawr College.  She wanted the experience and process of a full year thesis in economics, something Haverford College requires and Bryn Mawr does not.  Last fall she worked closely with Professor Carola Binder during the first half of the yearlong thesis process. This semester, the second and final stage of her thesis, she is working with Professor Giri Parameswaran.

Her thesis models the growth and decline of protest events over time by taking into account the ease of communication and the openness of government in the community where the protest is taking place. She builds a theoretical model to predict the dynamics of protest movements, accounting for these salient factors. Hunter then fits her model to data that records the actual growth of mass mobilization events to see if her theoretical intuitions hold.

Internships and experiences outside of the Bi-co have been important building blocks to Hunter’s proficiency in economics. The summer following her sophomore year, she worked in New York City in industry research and analysis at Goldman Sachs. It was her first taste of independent research, as she was handed a project on her first day with instructions to generate a report within 10 weeks.

The following summer she returned to Goldman Sachs working in the global macroeconomics research group, focusing on foreign exchange and emerging markets research. Once again, she was instructed to produce a report within a 10-week timeframe. Two of the reports she generated were circulated to clients.

Hunter spent her junior year abroad at The London School of Economics (LSE). It was a wonderful experience, comprised chiefly of a self-study format, with one final exam at the end of the year. She attended tutorials on game theory and the philosophy of economics and contributed to research on models of labor market discrimination.

She has been accepted into the Ph.D. program at the Sloan School of Management at MIT, starting in the Fall of 2018. She will pursue a Ph.D. in Management with a concentration in Behavioral and Policy Sciences. Her ultimate goal is to become a Professor whose teaching and research interests lie in the affect of societal institutions on economic and political behavior.