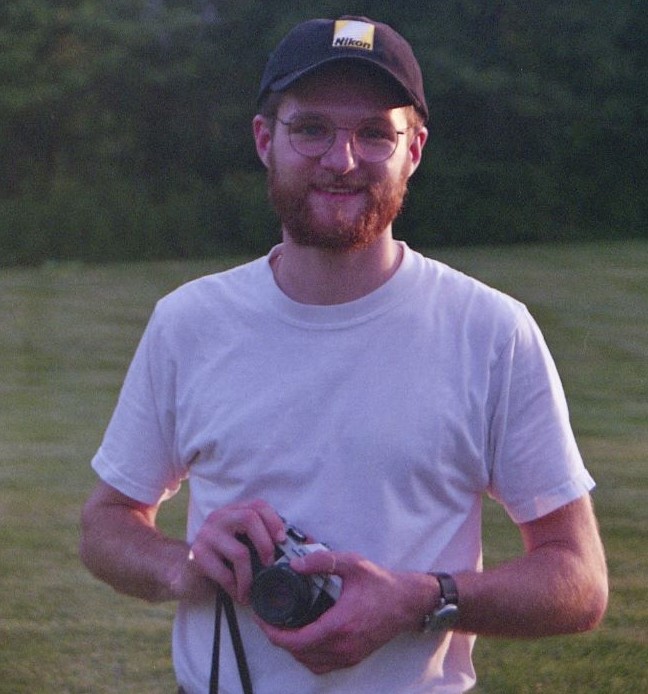 When his family moved to Singapore, Aaron Grabill ’22 finished his last two years of high school at the Singapore American School. With Singapore’s rigorous curriculum he blossomed intellectually and personally and his interest in academics advanced and deepened.  Although he had grown up in Bucks County, Pennsylvania, he was not acquainted with Haverford College.  Once Aaron’s guidance counselor at Singapore American School introduced him to Haverford he was intrigued. Looking predominantly at small liberal arts schools, Haverford offered appealing features like Honor Code, an attractive faculty-student ratio, small class sizes, and close contact with professors. Aaron applied Early Decision.

He always knew he would major in economics because of the classes he took in high school. He liked the course material and it came naturally. In hindsight, he realizes he did not have the whole picture of all that the discipline encompasses.  He was under the impression economics was about interest rates, inflation, and monetary policy. Haverford’s curriculum has given him a plethora of tools and mechanisms for analyzing data and problems.

Sophomore year, when he took Analytical Methods for Economics with Professors Carola Binder and Giri Parameswaran, Aaron was shown a side of economics he had not previously seen. The applications of mathematics were right up his alley, and it was rousing. In addition, Money and Banking with Professor Alberto Arredondo-Chavez introduced him to financial economics, another discovery!  Aaron would also like to acknowledge and thank Professor Binder for paving the way to his internship at the Federal Reserve Bank of Philadelphia.

The summer following his sophomore year Aaron was hired as a Research Intern at the Federal Reserve Bank of Philadelphia, where he continues to work.  His job involves analyzing survey results, optimizing data flows, and cleaning data sets. Aaron aims to continue his work at a Federal Reserve.

Graduating with a double major in Economics at Haverford and Mathematics at Bryn Mawr (with a Minor in Statistics), Aaron’s “thesis explores how streaming platforms like Youtube and Spotify offer musicians, visual artists, videographers, etc. a unique opportunity to build a career with their content. A streaming platform’s "algorithm" (the way it connects creators to new audience members) is central to a content creator's success. However, this algorithm is unpredictable, and [his] thesis examines how that uncertainty influences creators' choices. [He] construct[s] a mathematical model to explore a creator's production incentives under uncertainty and what this means for the tradeoff between refining their products or releasing a greater number of products.”

In addition to working at the Federal Reserve, he’s interned at WISE – WASH in Southeast Asia, serving as a moderator at psychology-based behavior seminars. Also, Aaron is a Teaching Assistant for Econometrics and is a tutor for the Economics Question Center.

Aaron has served as a leader on campus in a variety of roles.  As a Freshman Representative for Honor Council, he reviewed cases and helped with resolutions and outcomes.  Starting in 2018, he was the Operations Director for the Haverford Microfinance Consulting Club, leading meetings and planning fundraising events. As a founding member and Co-President of 180 Degrees Consulting, Aaron manages ten consultants who provide free consulting services to local non-profits. He also oversees projects, redesigns client websites, and assists with fundraising efforts.