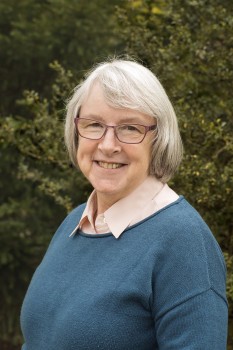 Published
Share
The stand-alone, inquiry-based lab course for junior science majors at Haverford was at its founding quite revolutionary. Students find it one of the most challenging courses they take.

Superlab, a program out of the Koshland Integrated Natural Sciences Center, celebrates its 50th anniversary this academic year. The stand-alone, inquiry-based laboratory course for junior science majors at Haverford began with a small group of Haverford College biology professors who were supported by a grant from the National Institutes of Health. The idea of a laboratory that was independent of any associated lecture course, and that asked students to perform experiments without a known outcome, was at the time quite revolutionary. Many students, who spend up to 20 hours a week in the lab, consider it one of the most challenging courses they've taken.

Thursday Apr. 30, 6:00 p.m., Zubrow Commons: Poster Session highlights student work in the three Superlab classes from this semester. Photos of Superlabs of the past will be on display, and there may be a surprise visitor or two. Students will present current work from 7 p.m. to 9 p.m. MORE

Writer Lini S. Kadaba spoke with Judith Owen, KINSC director, the Elizabeth Ufford Green Professor of Natural Sciences and a professor of biology, about Superlab and the unique experience it affords Haverford students.

Lini Kadaba: What is Superlab?

Judith Owen: The name "superlab" was given to the junior laboratories in biology and chemistry, and now biochemistry, by the students enrolled in them. Apparently someone thought they were "super."

LK: How did Superlab first start and how has it evolved over the 50 years?

JO: Superlab began in the Biology Department. The concept of a stand-alone laboratory that did not depend on an associated lecture course and that involved all students in a collaborative research project was conceived by Ariel Loewy, working with Mel Santer, Irving Finger, and Dietz Kessler as long ago as 1964.  As the lab has evolved, grown, and diversified, it has maintained those two central ideas as organizing principles. In 1968, the Chemistry Department started its own version of Superlab under the leadership of Harmon Dunathan and Colin Mackay.  Also in 1968, Dr. Slavica Matacic joined the Biology Department and assumed the coordinating role in the Biology Superlab, giving the lab cohesion and consistency as other professors rotated through in successive seven-week quarters. More recently, funding from the Howard Hughes Medical Institute allowed us to bring in senior postdoctoral fellows from nearby institutions who would each work with a senior professor from Haverford to design and teach a quarter of the Biology Superlab in a mentored collaboration. The postdoc would gain from the teaching expertise of the Haverford professor and the Haverford professor would be constantly exposed to state-of-the-art biology. This model continues to the present day. New this year is a biochemistry lab, jointly taught by Professor of Biology Rob Fairman and Assistant Professor of Chemistry Lou Charkoudian. A similar team-taught, bi-department collaboration was initiated by Assistant Professor of Biology Andrea Morris and Professor of Psychology Wendy Sternberg a few years ago.  LK: Superlab's strong suit is its collaborative teaching model. What do Haverford students gain from a lab taught in that way and how unique is Superlab among colleges and universities?

JO: Students get to see their professors learn from one another in a genuinely collaborative enterprise, and many students have commented on how powerful it is to see that their teachers still enjoy learning new things and working with one another. In the best of Superlabs, professors get to model the deep joy that scientists take in practicing their vocation. Several of us have talked at meetings/conferences/seminars about this model â€¦. With two faculty meeting twice a week per section, and, for biology, two sections a week, this course is expensive. We feel that it's worth it, but others may elect not to expend so much effort on a single course.  LK: What are a few of the standout lab topics/questions that Superlabs have tackled over the years?

JO: The labs are so varied and so interesting. Some labs have involved the students in site-specific mutagenesis, originally in ribosomal RNA genes and more recently in viral genes. The students have engaged in some wonderful microscopy labs that explored development in various species. Other collaborative laboratories between our microbiologist, Iruka Okeke, and two of our colleagues studied bacterial infections in flies and worms as well as a notable study of the bacterial flora on campus trees.   LK: Many Superlab graduates have pursued competitive internships and assistantships. Who are some of Superlab's most prominent graduates and what are they currently doing?

JO: Faculty members have every bit as much fun as students!