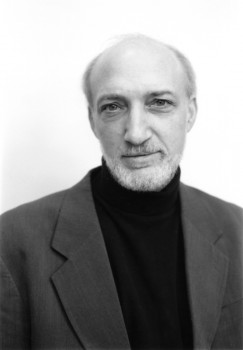 Published
Share
A life-changing Haverford concert led composer Gerber down a more musical career path than he had originally intended.

I entered Haverford in September, 1965, a few weeks before my seventeenth birthday.  My main interests were music and literature.  In high school I had written some poetry and music, and while my greatest love was music, it didn't occur to me to be a music major, since I didn't yet think of myself as a composer and didn't envisage any other kind of career in music.  If asked, I would probably have said I would major in philosophy.

Towards the end of my freshman year something happened which changed my life:  a concert at Collection of student compositions. I showed Professor John Davison, a composer and chairman of the music department, a minute-long atonal fugue I had written in high school.  He was enthusiastic, as were my fellow students, I performed the piece at Collection, and that encouragement made me realize almost immediately that I wanted to spend my life writing music.

Would that have happened anyway?  Had I gotten the same encouragement for my poetry I might have moved in that direction, but I am certain that I had much less talent as a poet and that that would have been a mistake.  I have always been grateful to John, the more so since he himself wrote very conservative, tonal music and was not really sympathetic to the style of my fugue.

That support also gave me the courage to show that piece and other pieces I had written to my high school piano teacher, Robert Parris, a fine composer in Washington who had a reputation as a vitriolic critic for the Washington Post. He then became my compositional mentor. During the summer, at a program sponsored by Bryn Mawr College, I lived with a family in Avignon and spent some of my spare time   writing a sonata for violin and piano, which was performed in my sophomore year at a Haverford concert.

After spending my junior year at Columbia University, I returned to Haverford and decided to major in music rather than philosophy since the requirements were so easy to meet that I could still take most of the courses outside of music that I was interested in.

One day in my senior year, composing at Prof. Davison's office piano, I thought it would be interesting, as a homage to him, to try to write something much more tonal than what I had been composing.  I came up with a tune that I loved, but I wasn't sure what to do with it, and probably didn't have the technique at the time to work it out fully.   Years later, I used it as a setting of a Gerard Manley Hopkins poem,“Heaven-Haven: A Nun Takes the Veil,” but for years after that the material still haunted me, and when in 1993 I  decided to write a violin concerto, I used the same material to begin the work.  Finally I'd gotten the tune out of my system.

I hadn't seen John for many years when, in the mid-90's, on a visit to Haverford because some pieces of mine were performed at a concert there, I played a tape of that violin concerto for him.  He not only liked it a lot but seemed pleased that I was writing much more tonal and melodic music than when I was a student. He joked in his typically self-deprecating way about how glad he was that tonal music had come back into fashion but that he was afraid he wasn't clever enough to profit from this in his career.

Unlike most composers, I do not teach in a university.  I occasionally perform as a pianist, mostly my own music, but composing takes up most of my time.  I have written two symphonies, five string quartets, a lot of songs, choral works, and various solo and chamber compositions, but no operas, ballet scores, or film or electronic music.  My most recent composition,“Music in Dark Times,” was commissioned by Vladimir Ashkenazy, who will conduct the four world premiere performances with the San Francisco Symphony in March, 2009.  For more information, please visit www.stevengerber.com.