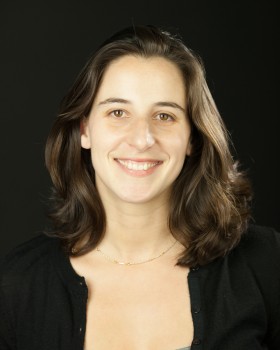 Elizabeth Greenspan, an urban anthropologist who teaches at Harvard University, published her first book, Battle for Ground Zero: Inside the Political Struggle to Rebuild the World Trade Center, just in time for the 12th anniversary of the 9/11 terrorist attacks and the long-awaited opening of the rebuilt 1 World Trade Center Tower, which is scheduled for 2014. The book, which Greenspan began researching just days after the Twin Towers fell, chronicles a decade-plus behind-the-scenes- drama that included politicians, real estate developers, rescue workers, neighborhood residents, architects, and victims' families. All jockeyed to have their interests represented and their voices heard as New York grappled with how best to memorialize a national tragedy while maintain the commercial interests of the original World Trade Center site. Michael Paulson '86 talked to Greenspan about her account of the conflicts and controversies surrounding the ongoing rebuilding effort.

Elizabeth Greenspan: I was in Philadelphia. I was a graduate student at Penn, about to head off for classes when a friend told me to turn on the television.

MP: So how did that experience turn into a multiyear project?

EG: I was studying anthropology and cities, and was growing interested in how cities rebuilt after war and destruction. I was just beginning to think about a thesis project, and was considering going to Berlin to study how the city was rebuilding after the fall of the Wall. I was particularly interested in how Berlin was blending history and politics in rebuilt spaces. Then 9/11 happened, and so many of the questions I had been thinking about were playing out in op-ed pages and on television. Everyone was talking about rebuilding the World Trade Center site. After talking to my advisor, I decided to go to New York.

MP: How often did you visit the site, and how much time do you think you've spent there?

EG: In the first two years after 9/11, I visited the site nearly every week, with breaks during holidays and exam periods. There was so much going on, and change was happening so quickly; every time I went I saw new things. As the years passed, I was there every month or so, and then it became a few times a year. I have no idea how much time I've been there, except to say that it has been a lot of time. More than I probably realize.

MP: You compare the negative reaction to the Islam Center [which is now open two blocks north of the World Trade Center site to an earlier rejection of a proposed Freedom Center. What kinds of proposals at ground zero were most problematic?

EG: I think the projects that most explicitly grappled with the meaning and politics of 9/11 were the most heated and controversial. The freedom Center aimed to contextualize 9/11 within a broader historical understanding of freedom, including what freedom means and how it has been contested in different times and places. The museum planned to document American slavery as part of this story, as well as the War on Terror, and was going to create room for debate and criticism, which upset a lot of people, including victims' families, who didn't want to bring explicit politics to the site. Overall, I think it is still very difficult for the country to have open, public discussions about 9/11. We still don't really talk about it. The Memorial Museum that is opening this spring will tell the story of the day and the aftermath, so it will be important to see how people react and respond to its exhibition.

MP: The struggle over the future of ground zero involved so many partiesâ€”families and neighbors and politics and business interests. Who ultimately was most successful in influencing and rebuilding?

EG: There are no clear“winners” and“losers”, which is one of the ways in which the project is interesting and revealing. But business interests definitely succeeded in influencing the rebuilding. The rebuilt site will include 10 million square feet of office space, the amount that was destroyed in the attacks. This is one of the very few areas in which there was no compromise: 10 million square feet was destroyed and 10 million square feet is being rebuilt. But it is being rebuilt on half of the amount of space, to make room for a large memorial plaza, which is open today. The memorial occupies eight acres, which is quite a bit of new public space in Lower Manhattan. I think the success of the rebuilding is the fact that so much land was devoted to public space, and that is really a reflection of advocacy by victims' families and survivors as well as the civic architectural community.

MP: Can you imagine a better wayâ€”a way that the site could have been rebuilt faster and more smoothly?

EG: There were a few critical decisions, like rebuilding all of the destroyed commercial space, that were never open to public debate, and I think the process would have been smoother had architects and city planners been able to consider other options. Likewise, leaders needed to draw clearer boundaries between what the public had a voice in and what would be decided by experts and politicians. In addition, I think the intense and immediate pleasure to make the rebuilding happen quickly actually had the opposite effect, generating more conflict that likely prolonged constructionâ€¦The rebuilding was always going to be charged and complicated, and take some time.

MP: When you look at the site now, do you think the torturous process led to a good outcome?

EG: After 9/11, so many people were calling for something completely transformative and innovative at the site, and I am not sure the outcome will ever reach that level of achievement. But the outcome is looking much better now than it did even a year or two ago. I like the memorial plazaâ€”seeing the victims' names surrounding the waterfalls, which fill the footprints of the Twin Towers, is powerful. I hope that plaza becomes more accessibleâ€”right now you have to go through a long security line to gain access. Once construction on the buildings is completed, in another four or five years, we will be bale to see how it all works together. So I am hopeful, and I think the ugly process has been more successful than it would have seemed when it was unfolding.

This interview originally appeared in the Fall 2013 issue of Haverford magazine.