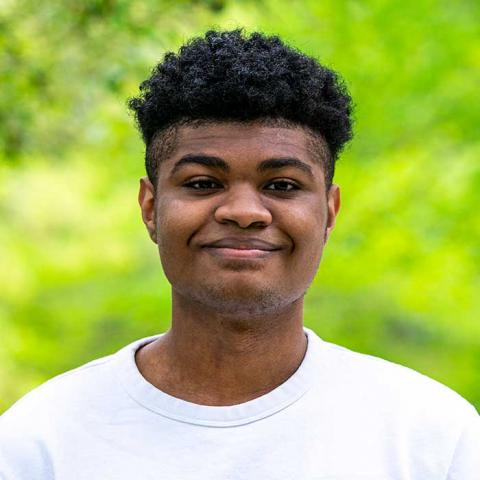 Sophie Schleifer ‘22, Liana Wilson-Graff ‘23, and Hilda Delgado ‘22 are shining the spotlight on unseen student videographers around the world. The team of close friends is developing a new online content platform as one of two teams in this summer’s Haverford Innovation Program’s (HIP) Incubator. SLOP, which stands for Student-Led Online Programming, gives opportunity and video production accessibility to college students attending institutions lacking academic film programs. For their first major event, SLOP is planning a film festival in October, which they hope will showcase a collection of projects produced by student directors from non-film schools.

Schleifer, Wilson-Graff, and Delgado hope to work in film and production in the future, but worried they wouldn’t be seen as competitive applicants for such jobs coming from a school like Haverford, which doesn’t have a film department. “In response, I decided to create a network and platform that would allow me to channel all the opportunities that I knew existed around campus directly to me,” said Schleifer, founder and co-general manager of SLOP. “Immediately, I discovered that many students felt the same and that creative projects existed in the community and needed production help.” Thus, SLOP was born last year.

Initially, it was an independent project with a Haverford focus. Then, the team learned of the Innovations Program from Shayna Nickel, the associate director of HIP, who recommended they apply to the Summer Incubator. “It was an empowering feeling that a member of Haverford’s [staff] sees potential in our concept,” the team said. In applying to HIP, the team took time to reflect on their motivations and goals for SLOP.

“I personally was drawn to this opportunity, because I have always been curious about entrepreneurship,” said Schleifer, an economics major and visual studies minor. “I have worked in and with several startups through my perusal of economics, and so when presented with an opportunity to build my own organization, I was excited to apply what I had learned along the way [and was] intrigued about what new skills I could develop.”

“As part of the SLOP team, I thought it would be a great idea to expand on the concept and really see if SLOP had the potential to be something beyond Haverford’s campus,” said Delgado, a growth and structures of cities major at Bryn Mawr. “The program really lets the teams have agency over their projects, and I was interested in having this kind of freedom to work on SLOP.”

Each member has a role in preparing for the film festival. Schleifer handles tasks such as contacting mentors and professionals in the entertainment industry, while also delegating the responsibilities. “I enjoy acting as the team manager, because I sort of have my hands in every pot,” she said. “However, I am also learning how to delegate more effectively for optimal efficiency as a team. I especially love our daily team meetings on Zoom, during which we discuss and show our work from the day before and then brainstorm tasks for the day ahead. We are very collaborative in all aspects and fortunately have really strong team chemistry that has allowed us to work together on sometimes difficult group projects, such as design.”

Wilson-Graff, an English major and dance and film studies double minor, is a co-general manager for SLOP. Delago is the marketing manager, which means her work includes getting the word out about the platform and assisting with general planning for the festival. “Right now, I am taking the lead on reaching out to local businesses in hopes of having sponsors for our film festival,” she said.

Participating in the Summer Incubator has been a pleasurable learning experience for SLOP. Creating a new online platform and networking with other creatives has helped the team's members develop communication and project management skills. They have also learned more about the nuances of event planning, legal rules around creative content, and marketing strategies. The team thinks the program has given them a good foundation on which to build in the coming year as they hope to lead a Haverford arts revolution.

“I am so grateful to all the mentors, sponsors, and faculty that make this program possible,” said Schleifer. “I have learned so much and felt so empowered as a young female entrepreneur. Through this program, I have been able to work with some of my closest friends to create something that I am deeply passionate about and proud of.”

“I definitely feel like this is a very unique summer experience and is unlike any other summer job I’ve had,” said Delgado. “It feels really nice to be able to produce work because you want to and not because somebody is telling you to do so. I would recommend any self-starting student to look into the program!”