Duane Kight Gets Animated About French 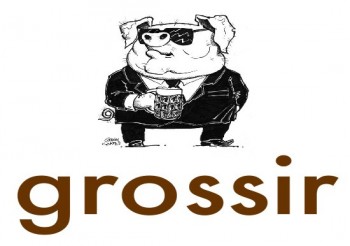 Published
Share
The assistant professor has created a series of short films designed to help students with their vocabulary, conversational, and listening-comprehension skills.

Assistant Professor of French Duane Kight believes that there must be a more interactive way for students to learn languages than reading textbooks and listening to lectures.

That's why he's created a series of short Adobe Flash-animated films to help his students practice their grammar, vocabulary, and conversational skills.“They're supplements to the textbook, another way to learn the material,” says Kight.“They are also set up to review class concepts in the same way I teach them.”

With funding from five Haverford Teaching with Technology grants (administered by Academic Computing) and two subsidies from the Hurford Humanities Center, Kight's films are linked directly to his multimedia syllabus (which includes sound files and video clips); are accessible from any type of computer; and are narrated by Kight himself, resulting in a valuable listening comprehension exercise. And, according to what Kight has gleaned from his colleagues at other colleges, no one else is creating materials like these for their classes.

In Kight's films, words change color to emphasize placements of nouns and verbs, float through the air, and appear and disappear into the background. Visuals and clip art have starring roles; in one film, Kight uses cartoon images of a pig and a giraffe to illustrate the difference between grossir (to gain weight) and grandir (to grow taller). The films' Quicktime format allows viewers to stop, rewind, and repeat sequences as often as they'd like.

The professor came up with the idea for the films six years ago, when he received his first Mellon grant and wanted to find a way to effectively use technology in his language classes.“Students today are so visually oriented,” he says,“that you need something dynamic to show them outside of class.” It took another five years to create the films, with Kight writing scripts and recording narrations and some of his students (including Keith Weissglass '05, Laura Perlberger '06, Duncan Cooper '09 and, most recently, Inez Suhardjo '10) attending to the animation.

“It took me a few weeks to get used to the program, and it was sometimes tricky to match everything to the words, but it was overall a good setup,” says Duncan Cooper of the painstaking animation process.“I liked making the films because I got to learn new software and because Professor Kight let me play around with different ideas so that I could be creative. So it was like half technology experiment, and half art project.”

Kight's students have responded positively to the films, which he thinks are especially beneficial for novice French speakers.“Our textbook presents material in an order which doesn't provide [beginner] students with what they need,” he says. Kight is confident that his beginners can learn to ask questions and handle difficult vocabulary early on, regardless of what the books say.“The films help shape language acquisition in a way more in line with natural language use.”

Kight would like his films to serve as templates for other languagesâ€”â€œThey'd be easy to adapt to Spanish or German.” He also hopes to develop other films on verb conjugation and French culture, eventually amassing a whole library of basic films.“I still don't think I've explored all of the possibilities,” he says.“There's much more to do.”