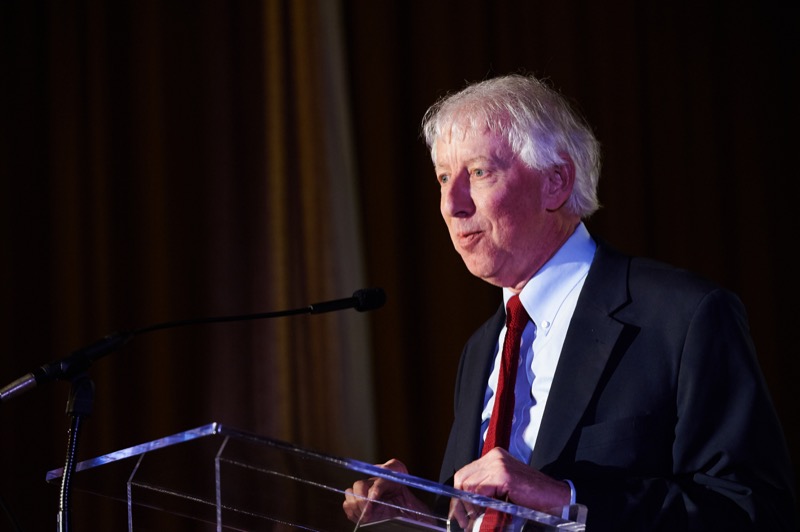 The co-founder of Philadelphia's Juvenile Law Center was celebrated by Mayor Michael Nutter, actor/singer Gloria Rueben, and CNN's Jeffrey Toobin on the occasion of his retirement.

Philadelphia’s Juvenile Law Center (JLC) is celebrating 40 years of service to the community, and more than 800 friends of the non-profit gathered Tuesday night to both commemorate the organization and its honor co-founder, Executive Director Bob Schwartz ’71, who is retiring.

The oldest such agency in the country, the JLC works at multiple levels to safeguard the rights of children. From courts and legislatures to government service agencies, the JLC has adopted as its mission ensuring "that laws, policies, and practices affecting youth are rooted in research, consistent with children’s unique developmental characteristics, as well as reflective of international human rights values."

Tuesday’s event at the Hyatt at the Bellevue in Philadelphia took place on the day that JLC lawyers argued a case before the U.S. Supreme Court that is concerned with life-without-parole sentences for juveniles. It is just the latest in four decades’ worth of activism, such as eliminating the death penalty for juveniles and exposing the "kids for cash" judicial scandal in northeastern Pennsylvania. 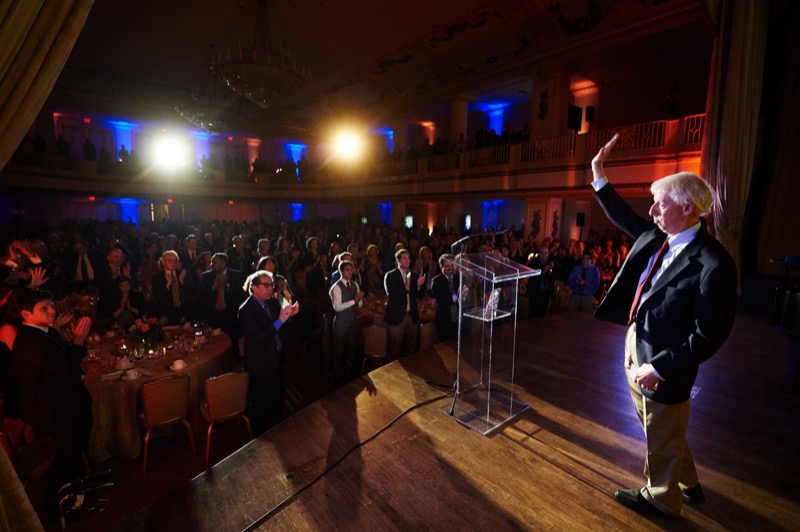 Schwartz received an honorary degree from Haverford in 2011. At that commencement ceremony, he spoke of the need to address society's "level of inequality that would make a stoic weep," and encouraged the newest Haverford alumni to continue the work he began. "Moral progress, the kind that narrows opportunity gaps, is hard," he said. "It depends on you. … You are the policy makers of the future and I’m confident your Haverford experience in and out of the classroom will serve you well."