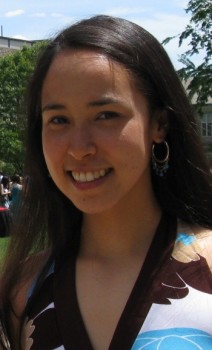 Published
Share
The former English major has earned an English Teaching Assistantship grant and will run an after-school theater program in India.

It was an anthropology class at Bryn Mawr College that first ignited Abigail Wacker's interest in India. The fire was then stoked by a junior year spent studying abroad in Hyderabad. But even after graduating from Haverford in 2010 and presenting a thesis on the work of Indian author Kiran Desai, Wacker still felt there was so much of the world's second most populous country that she wanted to explore. So the young alum is thrilled to be returning this summer as a winner of a 2011/2012 Fulbright English Teaching Assistantship (ETA) grant.

Though she saw much of the country during her travel-intensive junior year abroadâ€”in just a single two-week trip, she made it to eight different citiesâ€”Wacker still felt she hadn't experienced as much of the country as she wanted to.“I tended to scratch the surface,” she says,“and I want to get below that surface.” She hopes her Fulbright award will allow her this opportunity.

The details of her assignment haven't been finalized yet, but in early July Wacker will report to her designated city (most likely Delhi) for a couple of weeks of language and culture orientation. Then the former English major will be teaching English to middle and high school students from August through March of next year.“This timeâ€¦ I would like to become immersed in Indian culture in a deeper way,” she says.“Rather than rushing from city to city in a quest to see all the sights, I would like to become more deeply involved in the community in which I am living.”

To that end, Wacker, who has spent the year since her graduation in the Headlong Performance Institute post-baccalaureate theater program and as a literary intern for Philadelphia's Wilma Theater, has proposed starting an after-school and weekend drama program for her students. Most ETA recipients are required to undertake an independent academic, vocational or community service project in addition to their classroom duties, and this will be Wacker's.

Wacker, whose current volunteer work with the South Philadelphia Literacy Partnership is preparing her for her year as a teacher, is especially looking forward to the opportunity to practice her Hindi, a language she first studied during her junior year abroad.“I was able to converse pretty well while I was there,” she says.“And I'm hoping to get back in practice when I go back, because you do lose a lot of it when you're not practicing all the time.” The Fulbright program was established in 1946 by Congress and is run by the U.S. State Department. It is the largest U.S. international exchange program offering opportunities for students, scholars and professionals to undertake international graduate study, advanced research, university teaching, and teaching in elementary and secondary schools worldwide.

Read about more Fords who have won fellowships, scholarships or grants.