Imagining Abolitionist Futures is a year-long Hurford Center initiative exploring the role of the arts and humanities in the struggle to dismantle the carceral state and build reparative practices and institutions in the place of a system driven by racism, retribution, and violence.

The series will include: talks and panel discussions with scholars, activists, and artists; performances; film screenings; a reading group; a major art exhibition; a two-day symposium; and more.

What is the role of the arts and humanities in the struggles against carceral logic, against policing and police violence, and in cultivating abolitionist movements–now, historically, and in the future? What is the role of cultural institutions? Universities and colleges? How do/have these institutions reinforce(d) carceral/policing logics and what are their obligations to do better? How might they be reimagined? What is the relationship between the liberal arts and activist struggles for justice? Where and how can they inform one another? Who benefits from collaborations between the incarcerated and non-incarcerated, what Nicole Fleetwood calls “fraught imaginaries”? How can these relationships be structured (liberal arts/activist, incarcerated/non-incarcerated) in ways that are equitable and non-exploitative?

What is abolitionism as a concept, orientation, philosophy, aesthetic, identity, subjectivity–what beliefs does it reflect and what does it make possible to imagine, or do? What does it make possible to no longer see or do? How might we imagine, to borrow Dylan Rodriguez’s adaptation of a phrase from Sylvia Wynter, “abolition as a praxis of human being”? Angela Davis writes that “the prison has become a key ingredient of our common sense.” How can we disorient that sense of the carceral as normal in substantive, foundational, and lasting ways?

How do various media, genres, and artforms frame and stage abolitionist concerns? [music, painting, memoir, fiction, philosophy, poetry, cultural theory, historical narrative, archives, testimony, “prison writing,” letters…etc.] What roles do they play in activist work? In solidarity and community building specifically? What is the history of these forms, going back at least to the early nineteenth century, which saw both the birth of the anti-slavery movement and the development of modern prisons and policing? In what ways is this history being told? What narrative practices are necessary for telling these stories, and which must be scrutinized?

What is the history of Haverford’s relationship with its surroundings, in particular the Black working class communities of Ardmore and Philadelphia? What is the history of Haverford’s safety and security department? How have students, faculty, staff, and administrators responded to crucial events in the white supremacist history of Philadelphia such as the MOVE bombing and the Rizzo administration?

Currently is a participatory exhibition organized by artist Mark Menjívar that looks deeply at capital punishment in the United States. The exhibit runs January 20 - March 3, 2023. 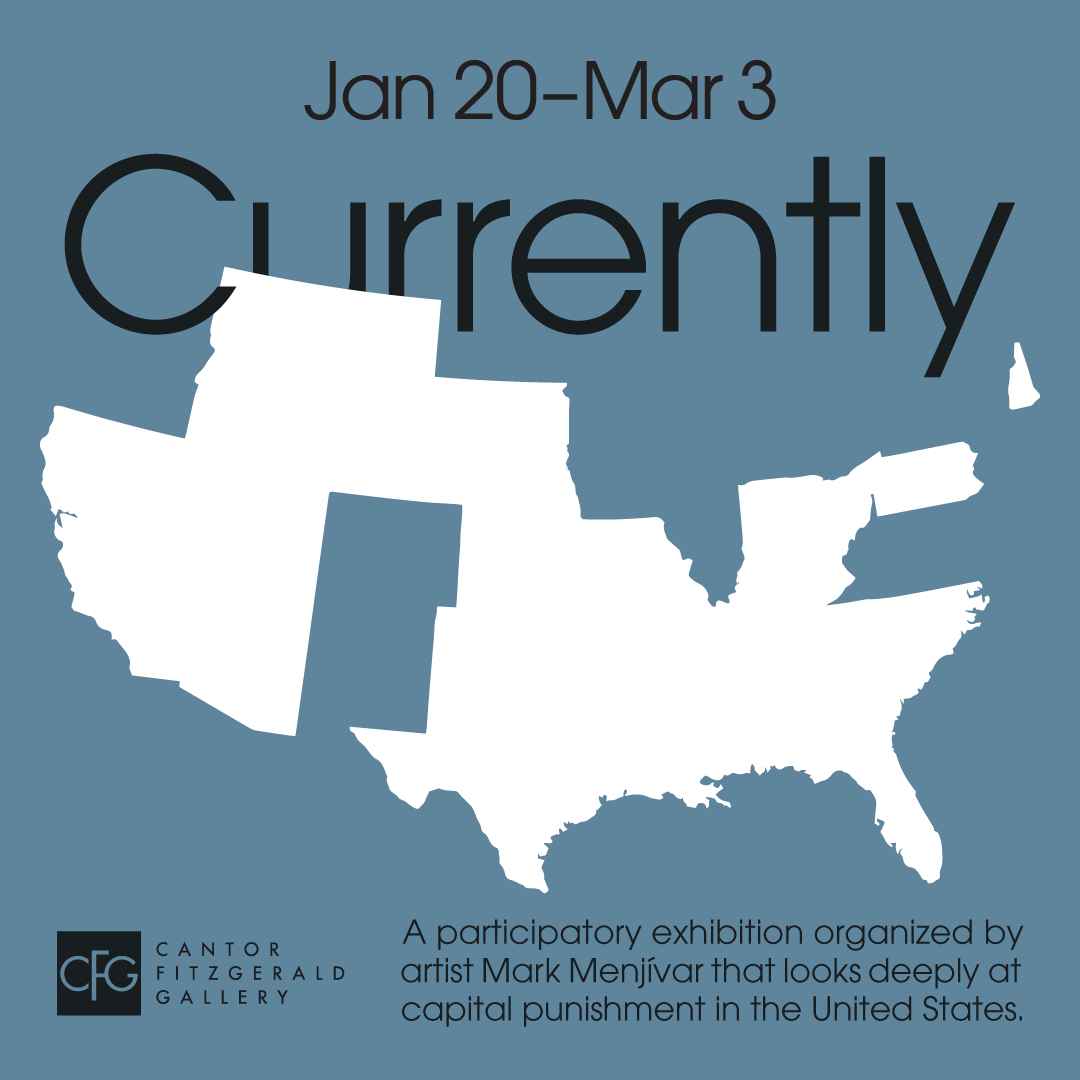 Join us on Friday, January 27th from 4:30pm - 7:00pm for the Artist Talk & Opening Reception of Currently, featuring the work of artist Mark Menjívar. 4:30pm Artist Talk with Reception to follow.

Mark Menjívar is a San Antonio based artist and Associate Professor in the School of Art and Design at Texas State University. His art practice primarily consists of creating participatory projects while being rooted in photography, oral history, archives, and social action.

Currently is a participatory exhibition organized by artist Mark Menjívar that looks deeply at capital punishment in the United States. Through maps, signs, collaborative timelines, a reading table and spaces for imagination, visitors are invited to reflect on the complicated nature of state-sanctioned violence. Visitors will be invited to participate in ongoing collective research and leave reflections directly on the gallery walls, which will then become a publication at the close of the exhibition.

Currently is part of Imagining Abolitionist Futures. Support for the exhibition has been provided by Haverford College’s John B. Hurford ’60 Center for the Arts and Humanities, Office of the President, Office of the Provost, and English Department.

This symposium gathers scholars, artists, activists, and educators who share a common goal: dismantling the carceral state and ending the direct and indirect violence it inflicts every day, especially on our most vulnerable communities. 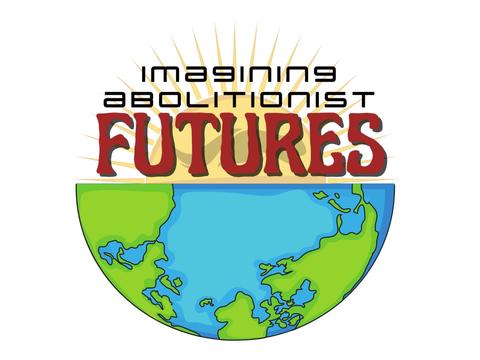 This symposium gathers scholars, artists, activists, and educators who share a common goal: dismantling the carceral state and ending the direct and indirect violence it inflicts every day, especially on our most vulnerable communities. Over the course of a day and a half, they will prompt both one another and symposium attendees to consider the roles that the arts and humanities can play in this ongoing struggle. Discussion topics will include: art and music by and about incarcerated and formerly incarcerated people; historical and archival research, Black study, counter memory, and the meaning of abolition; feminist and LGBTQ anticarceral expression and movements; cultural institutions and the distribution of resources that maintain or disrupt the carceral state; and the COVID pandemic’s ongoing disparate effects on incarcerated people.

The inaugural event for the Hurford Center’s Imagining Abolitionist Futures series! Join us for a performance by artist, producer, and record label director BL Shirelle, followed by a conversation facilitated by series co-organizer Stephanie D. Keene and Naren Roy '23. A catered dinner will be provided.

BL Shirelle is the Co-Executive Director of Die Jim Crow Records, the first non-profit record label for currently and formerly incarcerated artists in United States history. She is also a phenomenal songwriter/rapper, producer and justice-impacted artist herself, raising up her community and sharing her art and activism with the world.

BL Shirelle has been a guest speaker at Augustana University, Stockton University, Goucher University, and Susquehanna University and is a teacher assistant at Yale Divinity School of Music and Wesleyan University. She has performed at MoMA PS 1 and at DJC virtual performances during the height of the COVID-19 pandemic to raise funds for PPE Into Prisons alongside such acts as DIIV, Eve 6, Hurray For The Riff Raff and Shamir, among others.

Collaboration in the Belly of the Beast: Ethics, Challenges, and Relationship

Think Tank Discussion on the Ethics of Working Together Across Barriers

The Think Tank is grounded in a true intergroup process that brings together people across profound social difference and distance to engage in focused and ongoing dialogue within and outside of carceral spaces. Employing practices rooted in liberatory pedagogy, the Think Tank works in deep community, modeling relationships that bridge social distance while working to interrogate and dismantle the things that are designed to keep us apart. In this public conversation, let's explore together how to engage in radical relationship and the practice of abolition in higher ed and beyond.

Open Letters is an ongoing project that engages communities in dialogue around capital punishment.

Participants will be invited to respond to a letter written by someone on death row that speaks about their experiences and the trauma they and their families have faced post-conviction.

Mark Menjívar is a San Antonio based artist and Associate Professor in the School of Art and Design at Texas State University. His work explores diverse subjects through photography, archives, oral history and participatory project structures. He holds a BA in Social Work from Baylor University and an MFA in Social Practice from Portland State University. He has engaged in projects at venues including the Rothko Chapel, Eastern State Penitentiary, the Bemis Center for Contemporary Art, the University of Arizona Art Museum, The Puerto Rican Museum of Art and Culture, Blue Star Contemporary Art Museum and the Krannert Art Museum.

Mark is the artist-in-residence with the Texas After Violence Project, a community-based archive and documentary project cultivating deeper understandings of the impacts of state-sanctioned violence on individuals, families, and communities. He is also a member of Borderland Collective, which utilizes collaborations between artists, educators, youth, and community members to engage complex issues and build space for diverse perspectives, meaningful dialogue, and modes of creation around border issues.

Organized by Lindsay Reckson, Associate Professor of English, Haverford College. Sponsored by the Department of English as part of Imagining Abolitionist Futures.

The Prison in Twelve Landscapes

A film about the prison and its life in the American landscape.
Film screening & presentation

More people are imprisoned in the United States at this moment than in any other time or place in history, yet the prison itself has never felt further away or more out of sight. The Prison in Twelve Landscapes is a film about the prison in which we never see a penitentiary. Instead, the film unfolds as a cinematic journey through a series of landscapes across the USA where prisons do work and affect lives, from a California mountainside where female prisoners fight raging wildfires, to a Bronx warehouse full of goods destined for the state correctional system, to an Appalachian coal town betting its future on the promise of prison jobs.

Co-presented with Lightbox Film Center as cinéSPEAK as part of this year's STRANGE TRUTH 2022-23 Film Series.

Brett Story is a non-fiction filmmaker, writer and geographer based out of Toronto. Her films have screened in theatres and festivals widely, including at CPH-DOX, SXSW, Sheffield Doc Fest, and other international festivals. She is the director of the award-winning films The Prison in Twelve Landscapes (2016) and The Hottest August (2019), and author of the book Prison Land: Mapping Carceral Power Across Neoliberal America. Brett holds a PhD in human geography and her work has received support from the Sundance Institute and the Guggenheim Foundation. She is currently an Assistant Professor of Cinema Studies at the University of Toronto. 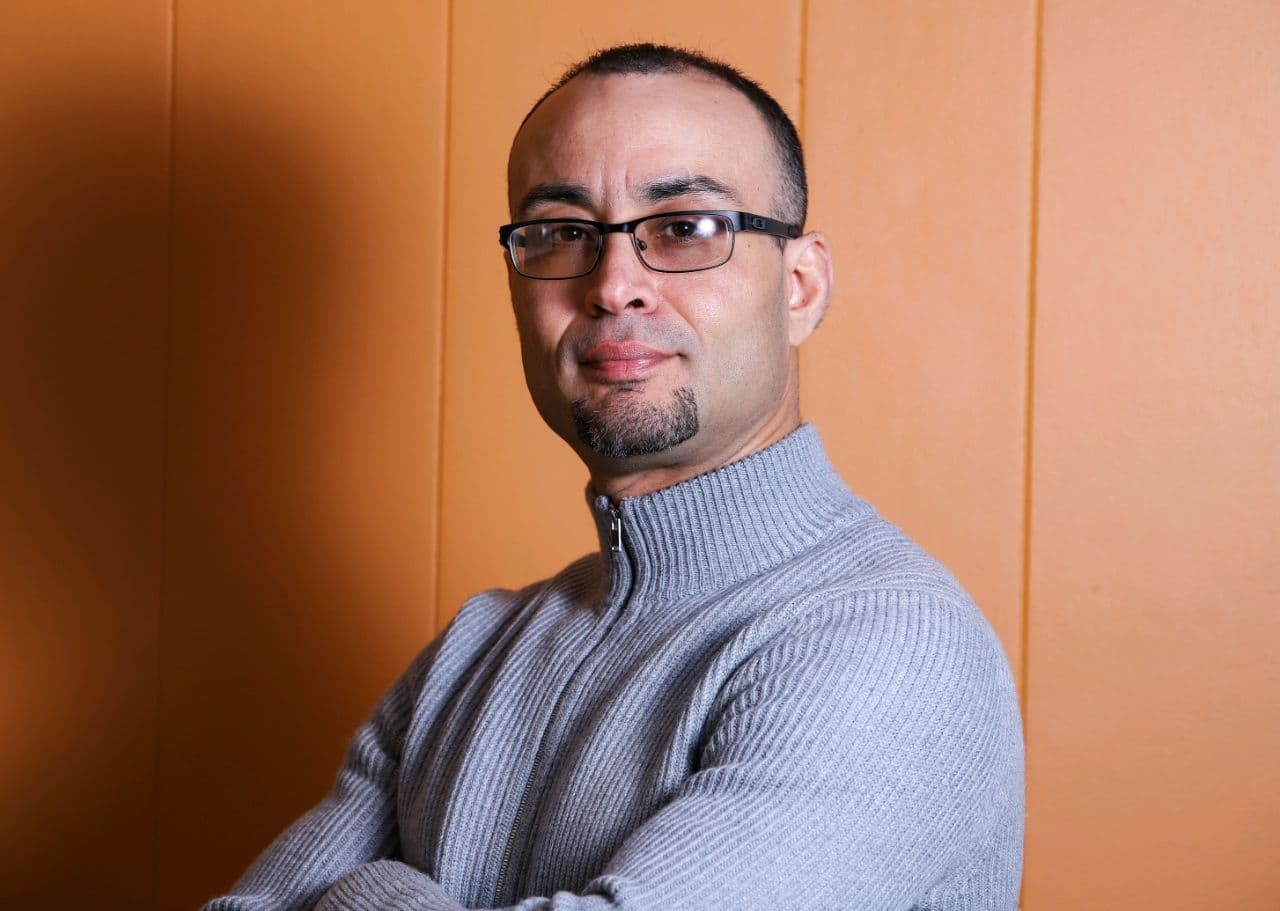 Robert Saleem Holbrook is the Executive Director of the Abolitionist Law Center, a law project dedicated to ending race and class based discrimination in the criminal justice system and all forms of state violence.

Prior to being named Executive Director of ALC he was its Director of Community Organizing responsible for expanding ALC into Philadelphia. He also led ALC’s campaigns against Death By Incarceration (Life Without Parole), Solitary Confinement and State Violence. He has worked with the Center for Constitutional Rights to end Death By Incarceration sentences in the United States and the National Unlock The Box Campaign to End Solitary Confinement.

He is a co-founder of the Human Rights Coalition, an organization with chapters in Philadelphia and Pittsburgh that is composed of family members of prisoners. HRC advocates on behalf of the civil and human rights of prisoners. He is also a co-founder of the Coalition to Abolish Death By Incarceration in Pennsylvania, an advocacy group fighting to end Life without Parole Sentences. He sits on the advisory boards of the Amistad Law Project and Youth Arts and Empowerment Project.

While incarcerated, Saleem wrote extensively on prison abuse, social injustice, state violence and juveniles charged and sentenced as adults. His writings were featured in Truthout, The Appeal, San Francisco Bay View, and Solitary Watch. He was released from prison in 2018 after spending over two decades incarcerated for an offense he was convicted of as a child offender.

Stephanie D. Keene is a Philadelphia-based educator, creator, and organizer. Her justice work focuses on abolition (including but not limited to the prison industrial complex). A proud graduate of the first HBCU, Lincoln University, she is working for the freedom of all people.

Gustavus Stadler is William R. Kenan Professor of English and Director of the Hurford Center for the Arts and Humanities at Haverford College. His writing and research are concerned with the cultural history of the U. S. left.