The professor of economics gives us a tour of her office.

Professor of Economics Anne Preston, who began teaching at Haverford in 1999, is a labor economist whose research has looked at compensation patterns in the nonprofit sector, women in the labor market, and the trajectory of scientific careers. For the last six years, Preston, who teaches courses on econometrics and empirical microeconomics, has been collaborating with Santa Clara University economist Linda Kamas on an experimental research project focused on college seniors nearing graduation and their subsequent careers. The project involves putting the test subjects through a series of tasks, challenges, and surveys in order to measure their competitiveness, confidence, and capacity for risk-taking. The objective: to see how those measures affect later success in the job market for men and for women.

Preston also teaches courses in sports economics and has done research in that area. Most recently, she was the co-author of a working paper on the connection between player performance in the NCAA Division 1 men’s basketball tournament, known as March Madness, and decision-making by pro teams participating in the NBA draft. “What we find,” says Preston, “ is that players who do better than you would expect in March Madness, and whose team shines more than you would expect, are the ones who get a boost in the NBA draft, and that their playing [in March Madness] is also predictive of how they will go on to perform.” 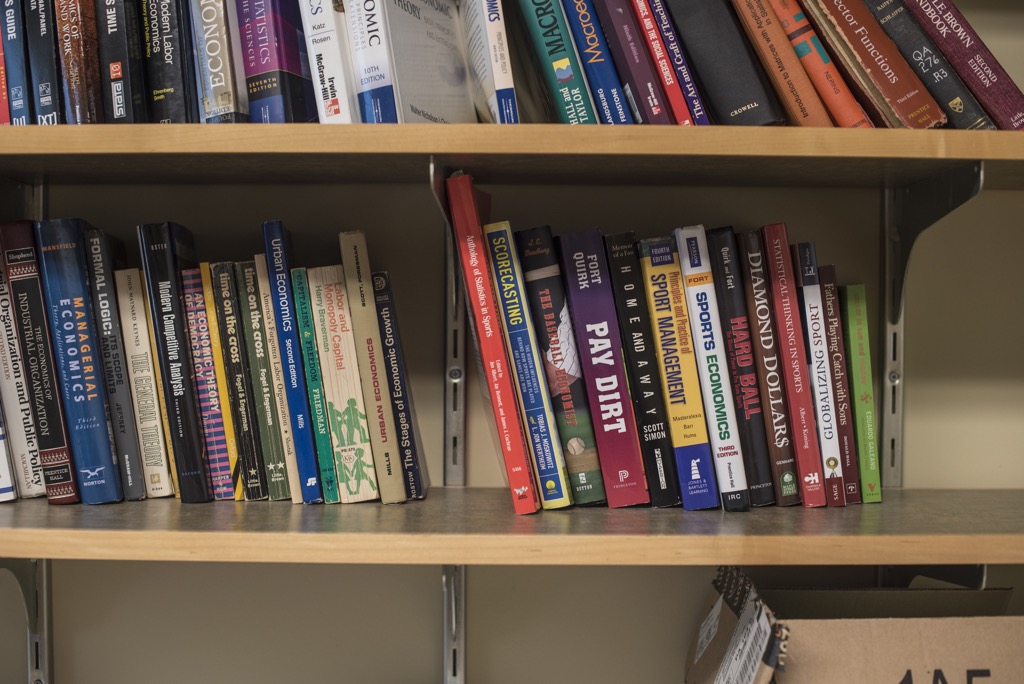 1 Part of her collection of sports economics books: Sports is a great area to do research in for a labor economist because a lot of the questions that we ask require us to know not only how people are being compensated but how productive they are. In sports you know the stats—the stats are endless. We can measure so much about players’ productivity over time, so it’s just a great space to look at these labor-market questions.

I started working on sports with my husband, Casey Ichniowski, who died in 2014. He was also an economist and taught in the business school at Columbia University. He was a real sports nut, and he wanted to prepare a sports economics class. Somehow I was the guinea pig. I started teaching a course here first to see how things worked out. I think I’ve taught the sports economics class three times, and I’ve also taught a junior research seminar on sports topics. 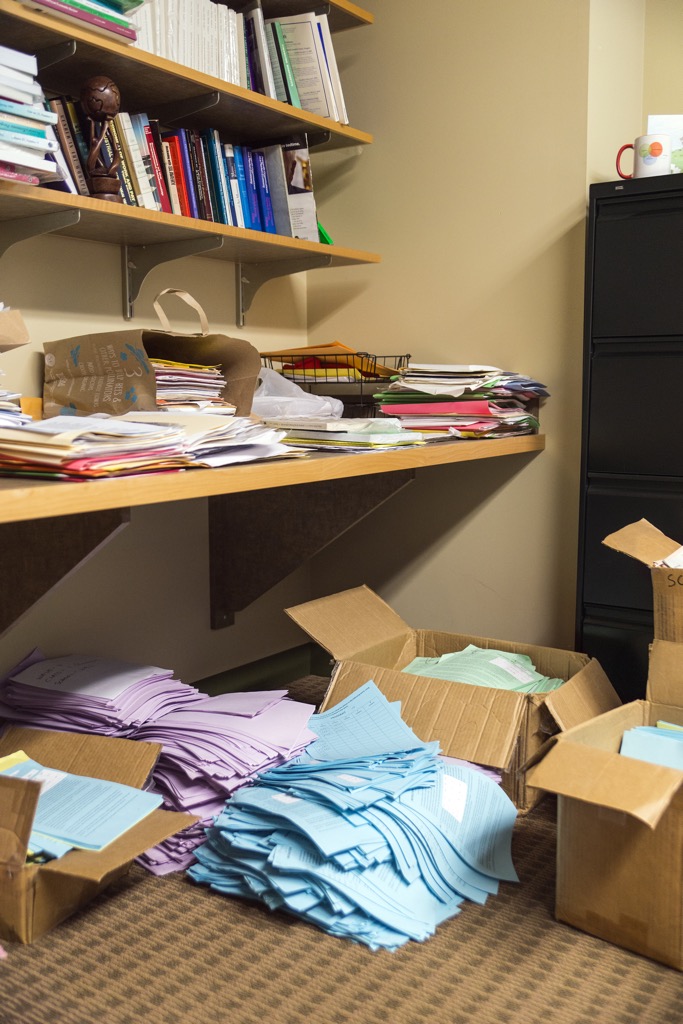 2 Multicolor forms used in her experimental research project: We started with a group of Haverford and Santa Clara seniors six years ago. Then we added two more colleges— Wellesley and Mills—because we are also interested in whether women who go to all-female schools are different in the areas we’re measuring. A lot of the experiments we do with the students are done by computer, but when we went into the two schools that we are not a part of we had to run the experiments on this paper. So we have different colors for different schools and different years. We have three waves of [test subjects] we’re following. For the first wave we’re already seeing their labormarket experiences and successes. It’s interesting. We’ve been focusing mainly on competition and confidence, and we find that the women who are very confident that they’ll win [in some of the experimental competitions we’ve set up] are the group that does the best in the labor market in terms of earning high wages. 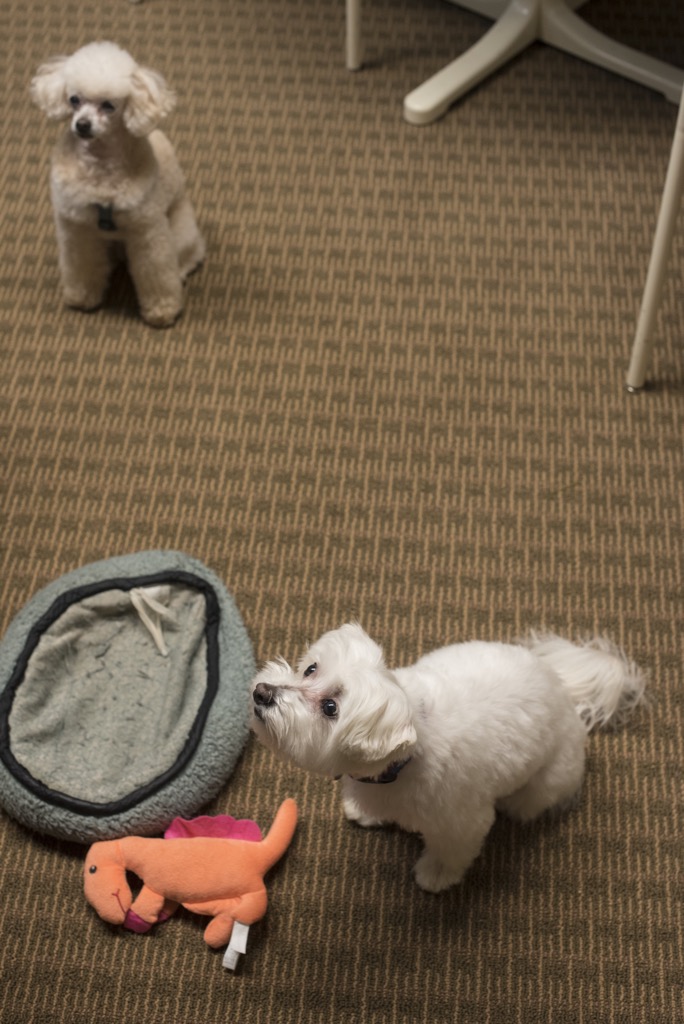 3 Her dogs—Kiwi, a toy poodle, age 11; and Buddy Glass (named for a character in a J.D. Salinger short story), a Maltipoo, age 6: I started bringing Kiwi in when she was a puppy, after I had house-trained her. Buddy, who was initially my daughter’s dog, started coming in when he was 9 months old. They pretty much hang out during office hours. I encourage the students to pet them or play with them, and many do. It reminds them of home, and I think it is a de-stressor for them. The dogs come in most days with me. They love the attention of the students. 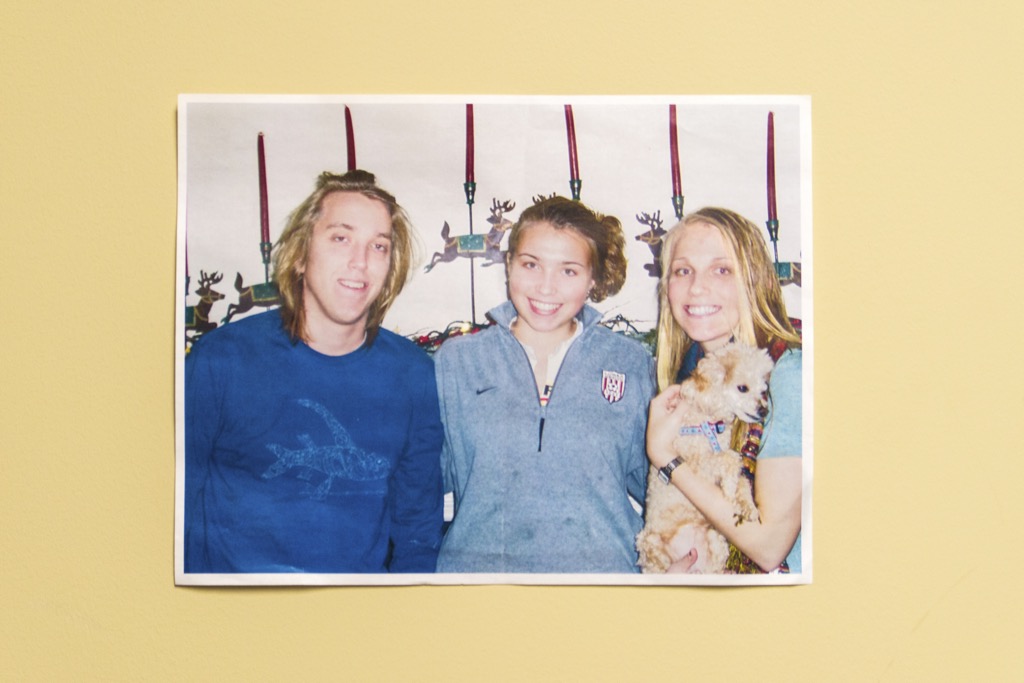 4 Photo of Preston’s children: That photo was taken probably six years ago. That’s Tim on the left. He’s 28 now and works as a consultant for Ernst and Young. Carly is in the middle. She was 15 when the picture was taken. She’s 21 now and is working toward an architecture degree at Columbia University. She has one more year to go. On the right is Elizabeth, who’s 30. She works on economic strategy for Penguin Random House. 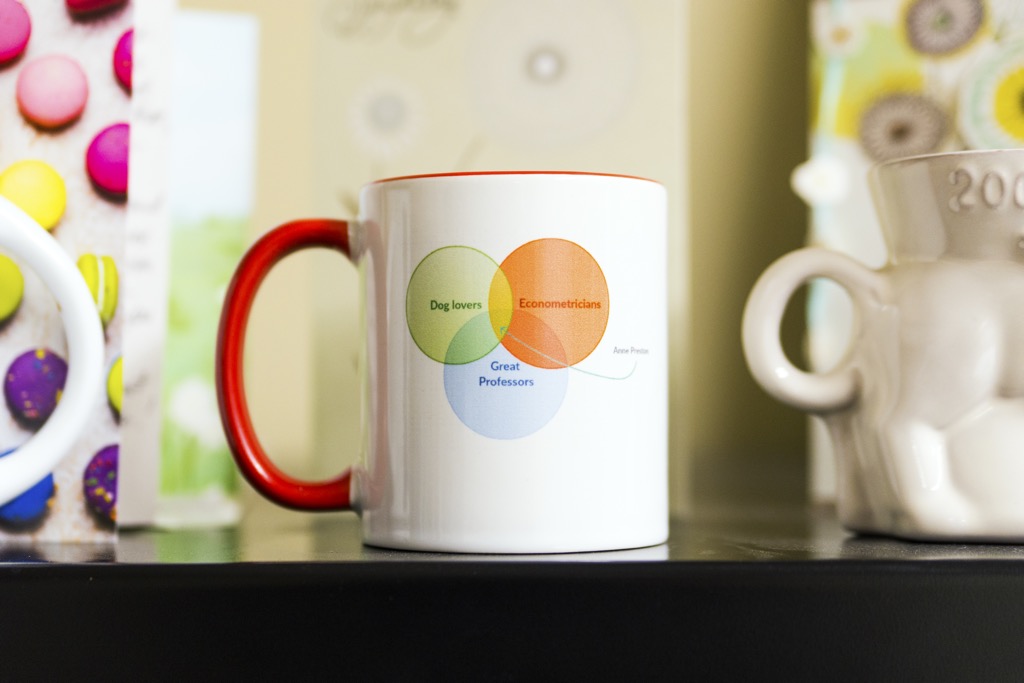 5 Favorite mug in her economics themed mug collection: One of my students had this one made. It’s a Venn diagram. I love to use Venn diagrams when I teach. In this one he has “dog lovers,” “econometricians,” and “great professors.” He said I’m the intersection of all three. It’s very sweet.

6 Preston’s 2004 book Leaving Science: At the time I did the research, there was a very high exit rate for people working in the sciences, and it was twice as large for women as men. I found very clear differences. The men left because they wanted to earn more money, or wanted careers that had more promise. Women left for family reasons, or because they found the work not very fulfilling, or because they did not have any mentors helping them through. Of the women who stayed, the percentage that had a mentor was almost 100 percent—and also they tended not to have children. 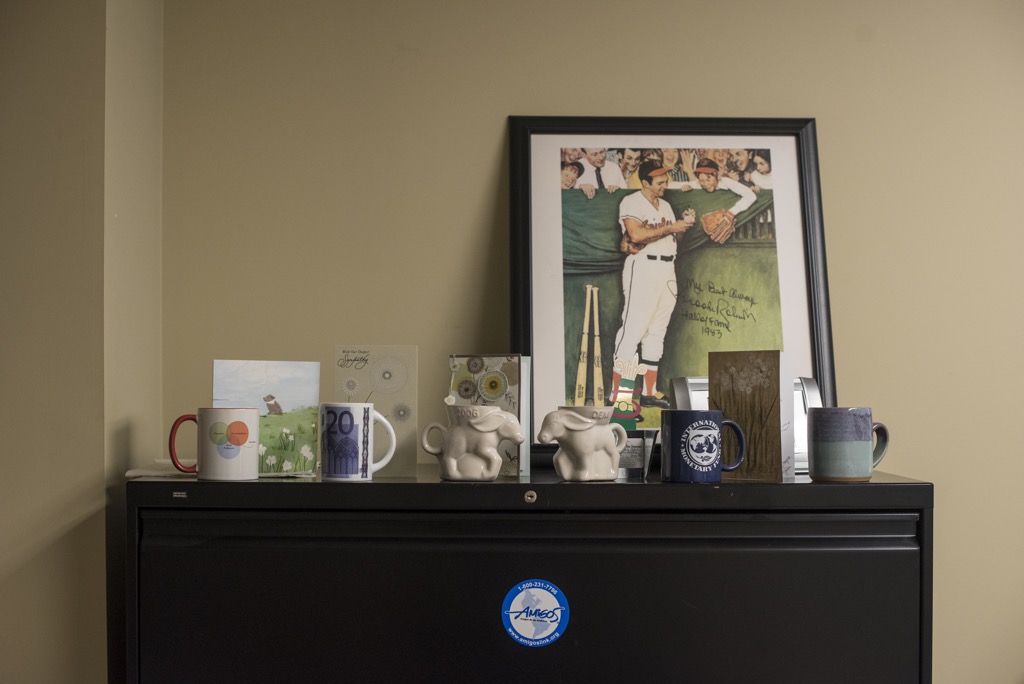 7 Print of Norman Rockwell’s painting of Baltimore Orioles third baseman Brooks Robinson: My husband was a big baseball fan, and Brooks Robinson was his hero growing up. The Christmas before Casey died, I gave this to him—it was signed by Brooks Robinson. A lot of students come in here, and quite a few have done their senior thesis on an economics topic in baseball, so it’s an inspiration for them.