DocuLab is a donor-funded five-year program that will develop student-faculty documentary work in VCAM.

Students will spend ten weeks both on campus and in the field developing documentary projects, working with faculty, visiting filmmakers, and technicians. Taking advantage of the new filmmaking spaces and equipment in VCAM, the initiative builds on the College’s successful Interdisciplinary Documentary Media Fellows Program (WAKE, Capitalish) and the Hurford Center’s Tuttle Summer Arts Lab (The Pool Movie Project).

In projects proposed by faculty, student-faculty teams will work within the field and on campus with visiting filmmakers, and other collaborators. If the proposing faculty member needs assistance in finding a filmmaker, the Hurford Center staff can help to identify one prior to application due date. Note: the application must include specific option(s) for filmmaker collaborator, even if this has not been finalized. Students will apply to join the approved project in the fall, with the project taking place during the following summer, where four-five students from multiple disciplines will spend ten weeks working together with a faculty member and the visiting artist.

Summer DocuLab projects may also involve curricular components for student participants the semester prior to the actual filming. Faculty members leading the project may work on a variety of levels, from co-teaching a course, to co-designing/hosting workshops and events, to co-advising the student fellows over the summer on campus or in the field.

Groups will produce ambitious documentary work, guided both by the faculty member, filmmaker, and college staff. The form of the work produced will also be dynamic: In any given summer, the result could be a traditional single-channel documentary, a web documentary, a site-specific public video installation, or a locative media project accessed through smart phones and experienced on a walking tour – the lab-style design of the institute and the diverse resources of the VCAM building will permit this freedom to explore.

Note: This call is for Summer 2021 proposals only. If a proposal is accepted, the successful candidate commits to pursuing the project for Summer 2021. All proposals will be reviewed by the HCAH Steering Committee, and applicants will be notified by May 1, 2020. The proposal cannot be deferred to future summers, and if the applicant can no longer commit to this summer, then the Hurford Center must be notified by May 15, 2020. The applicant must then reapply during the next application cycle. 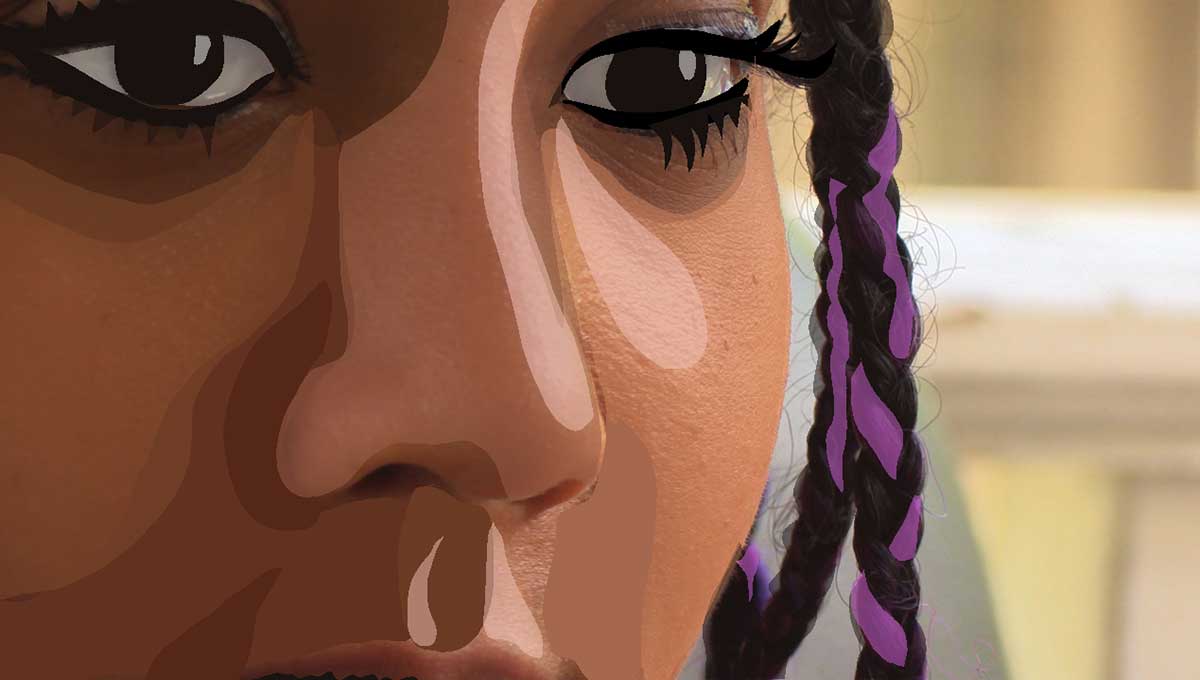 For ten weeks during summer 2020, five students will participate in the production of the experimental documentary film Smile4Kime. Fellows will conceptualize, develop, and create animated scenes for the film in collaboration with local Philadelphia artists. Through a series of workshops and lab exercises, students will each complete original short animated scenes, as well as a collaboratively designed exhibition. Throughout the project, participants will consider how contemporary film has dealt with mental health and grief for women of color; how feminist theory, such as intersectionality, can help guide our praxis with filmmaking and provide new tools to represent women of color in filmmaking; and how grief can be visualized in ways that take into account the intersectionality of race, gender, and disability. Participants should be aware that the subject matter of this project involves engaging with topics such as suicide, death, mental illness, sexual assault, and trauma.

The Summer DocuLab will be led by the film’s director, Mellon Post-Doctoral Fellow and Visiting Assistant Professor of Anthropology and Visual Studies Elena Guzman, and animator/filmmaker Cybee Bloss.

In New Orleans, when a beloved member of the community dies, Second Line bands with trumpets, dancers, and performers, take to the streets to celebrate life and honor a life passed. In inner city neighborhoods where police brutality takes the lives of Black youth, the flickering light of a candle on the sidewalk holds the memory of a lost future. In much of Latin America, altars are filled with pictures, food, and other mementos to represent the love and ongoing relationship between the living and the dead during Dia de Los Muertos. These performative and material rituals, provide a framework for navigating the immaterial and internal: death and grief. After death catapults those left behind into a state of disassociation and fragmentation, the creative work of culturally-specific rituals is a guide for putting the pieces together in a new form. Grieving rituals also posit multiple, inter-layered worlds; both discovering and co-creating way of “decolonizing reality”; a term coined by feminist theorist Gloria Anzaldua. Yet how these experiences are represented in documentary film are limited. Documentary conventions rarely represent realities and emotions that can not be easily seen or captured by a camera lens. How can documentary film represent the spiritual, ritual, and performative realms of grief, mourning, and loss? How might animation allow for dialogues with those who have passed? What do other genres, such as animation, allow for that video capture may not?

Smile4Kime is a collaborative documentary portrait that explores friendship and intimacy across mental illness, considering important themes of race, gender, and mental health. Kime, the original focus of the documentary, shares her experiences living with mental illness while exchanging care and joy with Elena. They cook meals, write each other letters, and show up for each other in moments of crisis. Their connection transforms after Kime’s passing, taking the form of dreams, memories and apparitions. Elena then refigures the portrait, reciprocating Kime’s initial vulnerability by sharing her own mental health struggles and experiences to honor her friend and their collaboration.

The Animating Grief DocuLab is organized in connection with the spring 2020 course Feminist Filmmaking Studio, taught by Elena Guzman and Emily Hong. DocuLab Fellows are strongly encouraged to take this course in preparation for the summer project. Fellows who are unable to take the class will be asked to complete a reading list and set of reflections before the beginning of the summer. All Fellows will participate in a series of required pre-production meetings and workshops during the spring semester to prepare for the lab, which runs for ten weeks, May 26-July 31, 2020 in VCAM. While it is not required, interested Fellows will have the opportunity to help with additional filming for the documentary during the spring 2020 semester.

During the lab’s ten weeks, students will learn the basics concepts of analogue stop-motion animation as well as digital animation, including flip books, cell animation, and rotoscoping. These workshops and exercises will cover analogue production skills as well as the digital compositing and software tools for rotoscoping, cut out animation, and hand drawn cell animation. Fellows will then design and animate a scene based on a memory, a poem, and a piece of writing on grief in a particular animation style in collaboration with a local Philadelphia artist.

Working with Elena, Cybee, and three guest animators, students will conceptualize and storyboard animated visuals based on their assigned scene. They will develop a production plan and then record the video footage which will transition into and guide their animated scene. Next, they will create a short animation (30 seconds to 1 minute) which will be used in the final film. Finally, students will work curate an interactive exhibition featuring the project’s video and animation content, either on-campus or at a local Philadelphia gallery.

The program is open to Haverford students, including graduating seniors, as well as Bryn Mawr and Swarthmore students majoring at Haverford or those who have otherwise completed significant film-focused coursework in the Tri-Co. Student Fellows will each receive a $5000 stipend to cover room, board, and other expenses.

Note: Students are strongly urged to take the course Feminist Filmmaking Studio during the Spring 2020 semester. DocuLab Fellows who are unable to take the class will be asked to complete a reading list and set of reflections before the beginning of the summer program. Preference will be given to students who have not yet participated in the DocuLab Program.

This year’s DocuLab Fellows should have a background and training in one or more of the following areas: Feminist theory; race, gender, and sexuality studies; editing in Adobe Premiere software; drawing, painting, collaging, or other 2d art practice; Adobe Photoshop, Illustrator, or After Effects; video production (camera operation and sound capture); programming, particularly C# or Python (for Unity3D).