Based in the College’s VCAM Artist Residency Studio, these artists will engage with the campus through curricular collaborations, workshops, exhibitions, trips to Philadelphia cultural sites, and other projects. The VCAM Philadelphia Artist-in-Residence Program is supported by the Malcolm Baldwin 1962 Fund. 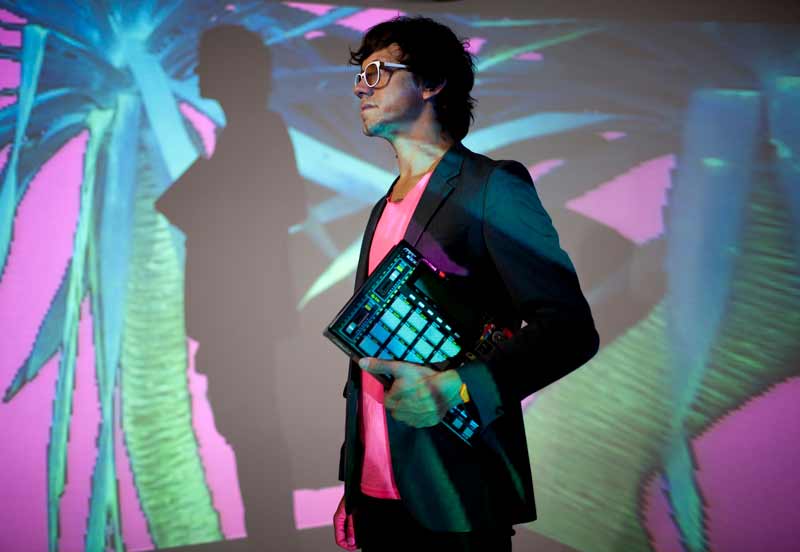 Chris Powell (aka Pow Pow) is a self-taught rhythm scholar, producer, and electronic music-maker living in Philadelphia, PA. As a main contributor in the Philadelphia art and sound collective Need New Body, which fused improvisation with popular song structures, Powell began a career of international recording and performance, creating music at the nexus of art and entertainment. Since 1999, he has collaborated, recorded, and toured worldwide with a diverse spectrum of artists and musicians, including the Sun Ra Arkestra, Yoko Ono, and the Boredoms. Powell’s work in the eclectic and high energy Philadelphia band Man Man has helped focus his talent as a leader in the live performance context. Powell’s body of work has most recently expanded to creating instruments for NYC/Philly based synthesizer company Critter & Guitari’s Organelle keyboard. 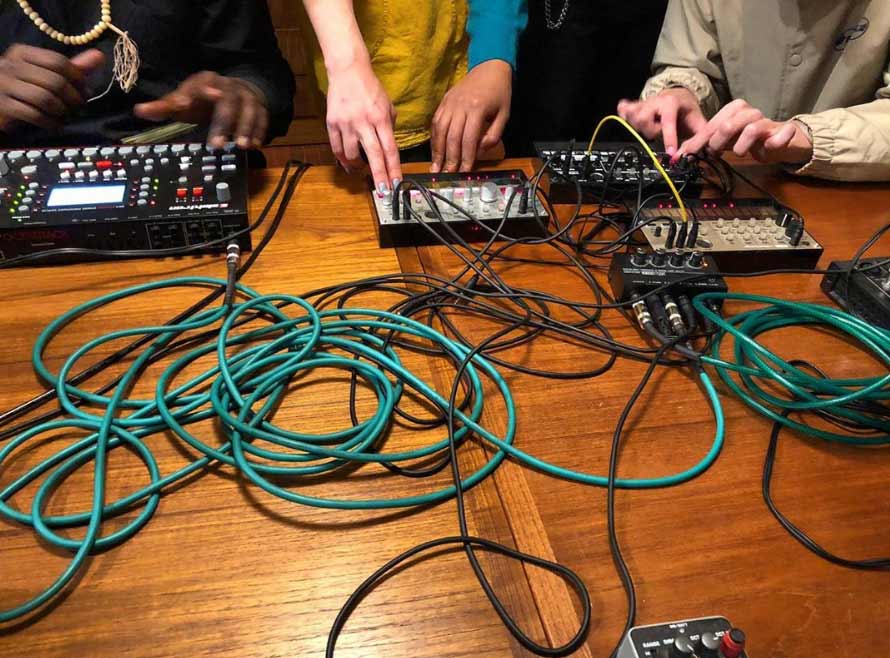 Sound Museum Collective holds space to reconstruct our relationships to sound by creating a platform for women, nonbinary and trans sound artists and engineers. Through accessible workshops and skill shares, creative team projects and community partnerships, SMC demystifies audio engineering while sharing in the resounding nature of sound. Elissa Fredeen and Jackie Milestone will talk about how SMC got started, our past workshops, some current projects and our long term goals. Following, Gladys Harlow (Street Rat) will perform with their circuit bent theremins and the talk will wrap up with a Q & A.

The Sound Museum Collective (SMC) of Philadelphia is an evolving nonmember collective that holds space to reconstruct our relationships to sounds. Through accessible workshops and skill shares, creative team projects and community partnerships, SMC celebrates trans, nonbinary and women sound artists and technicians. We demystify audio engineering and share in the resounding nature of sound. Our goals are right in our name. Someday, we hope to have a space that will not only operate as a workshop and free library, but will also be a place where we can curate and hold sound artists. We are always in need of people who are interested in core leadership support and want to build and experiment with sounds. Read more. 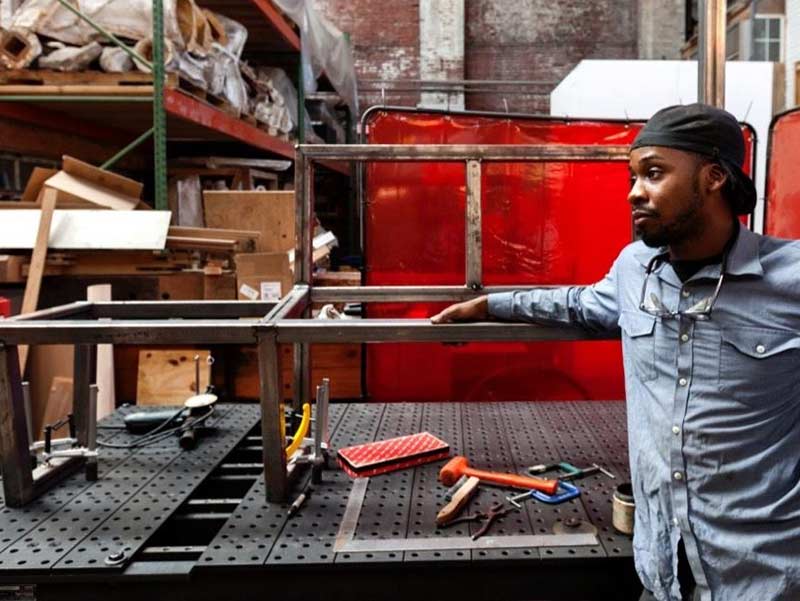 Steven Dailey is an artist/craftsman whose work draws inspiration from his training as a fine artist as well as traditional wood and metal worker. Steven is a graduate of PAFA with a focus in sculpture and has worked professionally as an apprentice woodworker and as a foundry metalsmith. Combining disciplines, Steven works out of his West Philadelphia studio to produce unique pieces for the interior design and architectural fields. Steven’s work involves partnership with designers to develop concepts into bespoke furniture often using brass, bronze and steel as primary materials. 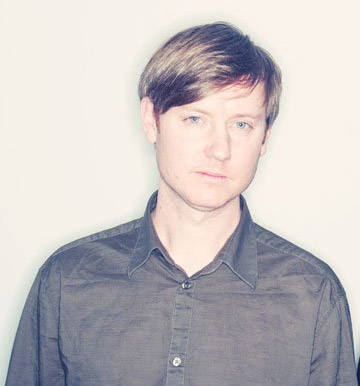 Artist Justin Geller will be teaching a four-part Ableton Live workshop in the VCAM Maker Arts Space every Monday this October, open to students, staff, and faculty. Space is limited!

This four-part workshop is an introduction to the music production software Ableton Live. Participants will gain experience recording audio and learning the basics of editing, mixing, and sampling. We’ll also cover musical concepts like time signatures, basic composition strategies, and rhythm. We’ll make SONGS. Participants will also get an introduction to using MIDI keyboards and microphones. As each session builds on the previous one, participants are strongly encouraged to attend all four sessions.

Justin Geller is a Philadelphia-based music producer/engineer. Since the early 90s, he has been involved in a diverse group of projects and collaborations, producing music for film, video, and as well as sound and light installations. Most recently he has produced releases from R3DLTTR and Remote Places and in the past has worked with longtime collaborator, Julian Grefe, in the genre-hopping electronic music collective, Pink Skull. Geller is also the Music and Sound Director for Monument Lab, a public art and history project. As part of this, he helped create a 36 speaker audio installation (for Emeka Ogboh feat Ursula Rucker - Logan Squared), solar-powered outdoor listening stations, and an interactive drum machine interface in Franklin Square (Kara Crombie’s Sample Philly).