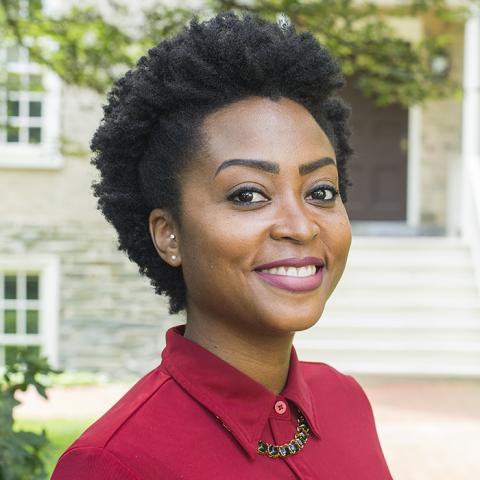 This series focuses on the ethics of technological adoption and adaptations, inviting technologists, academics, activists, and artists to examine issues from algorithmic decision-making in the criminal justice system to the near constant surveillance of our actions to the future of work in an automated world.

Sponsored by the President’s Initiative on Ethical Engagement and Leadership

The Age of Surveillance Capitalism: The Fight for a Human Future at the New Frontier of Power
Talk by Shoshana Zuboff

Reception and book-signing to follow in the KINSC Rotunda.

As we attempt to grasp the consequences of our digital era, Shoshana Zuboff’s The Age of Surveillance Capitalism is “an epoch-defining international bestseller” (Guardian) that “shines a searing light on how this latest revolution is transforming our economy, politics, society—and lives” (Financial Times). In talks drawing from her landmark book—named one of TIME’s 100 Must-Read Books of 2019, and one of Barack Obama’s Favorite Books of 2019—she outlines the cost of putting a price on private data, and urges leaders to pay attention, resist habituation, and come up with novel responses to a new era.

Keynote: Vulnerabilities: How Social Media and Data Infrastructure are Exploited for Fun, Profit, and Politics

danah boyd is a Principal Researcher at Microsoft Research, the founder and president of Data & Society, and a Visiting Professor at New York University. Her research is focused on addressing social and cultural inequities by understanding the relationship between technology and society.

Roundtable: Criminal In/Justice and Data Use

Ruha Benjamin is Associate Professor of African American Studies at Princeton University, founder of the JUST DATA Lab, and author of Race After Technology: Abolitionist Tools for the New Jim Code (Polity 2019) and editor of Captivating Technology: Reimagining Race, Carceral Technoscience, and Liberatory Imagination in Everyday Life (Duke 2019) among many other publications. Ruha’s work investigates the social dimensions of science, medicine, and technology with a focus on the relationship between innovation and inequity, health and justice, knowledge and power. She is the recipient of numerous awards and fellowships including from the American Council of Learned Societies, National Science Foundation, Institute for Advanced Study and, in 2017, she received the President’s Award for Distinguished Teaching at Princeton. For more info, please visit ruhabenjamin.com

danah boyd is a Partner Researcher at Microsoft Research, the founder and president of Data & Society, and a Visiting Professor at ITP at New York University. Dr. boyd is a 2011 Young Global Leader of the World Economic Forum and a member of the Council on Foreign Relations. She is a Director of both Crisis Text Line and Social Science Research Council, and a Trustee of the National Museum of the American Indian. She sits on advisory boards for Electronic Privacy Information Center and the Brown University Department of Computer Science.

Dr. boyd's research focuses on the intersection of technology, society, and policy. She is currently doing work on questions related to bias in "big data" and artificial intelligence, how people negotiate privacy and publicity, media manipulation, and the 2020 census implementation of differential privacy. For over a decade, she examined how American youth incorporate social media into their daily practices. She has researched a plethora of teen issues, ranging from privacy to bullying, racial inequality to sexual identity. Her early findings were published in "Hanging Out, Messing Around, and Geeking Out: Kids Living and Learning with New Media." Her 2014 monograph "It's Complicated: The Social Lives of Networked Teens" has received widespread praise from scholars, parents, and journalists and has been translated into 7 languages. In her most recent collaborative book project - "Participatory Culture in a Networked Era" - she worked with Mimi Ito and Henry Jenkins to reflect on how digital participations has shaped different parts of society.

Dr. boyd was selected by the Electronic Frontier Foundation to receive a 2019 Pioneer/Barlow Award. In 2010, Dr. boyd won the CITASA Award for Public Sociology. The Financial Times dubbed Dr. boyd "The High Priestess of Internet Friendship" while Fortune Magazine identified her as the smartest academic in tech. She was identified as one of Technology Review's 2010 Young Innovators under 35 (TR35). Her work has been profiled by numerous publications, including the New York Times, Fast Company, the Boston Globe, and Forbes Magazine.

Dr. boyd received a bachelor's degree in computer science from Brown University (under Andy van Dam), a master's degree in sociable media from MIT Media Lab (under Judith Donath), and a Ph.D in Information from the University of California, Berkeley in 2008 (under Peter Lyman and Mimi Ito). She has worked as an ethnographer and social media researcher for various corporations, including Intel, Tribe.net, Google, and Yahoo! She also created and managed a large online community for V-Day, a non-profit organization working to end violence against women and girls worldwide. She has advised numerous other companies, sits on corporate, education, conference, and non-profit advisory boards, and regularly speaks at a wide variety of conferences and events.

Dr. boyd has published dozens of articles in a wide range of scholarly venues, blogs at http://www.zephoria.org/thoughts/ and tweets at @zephoria. 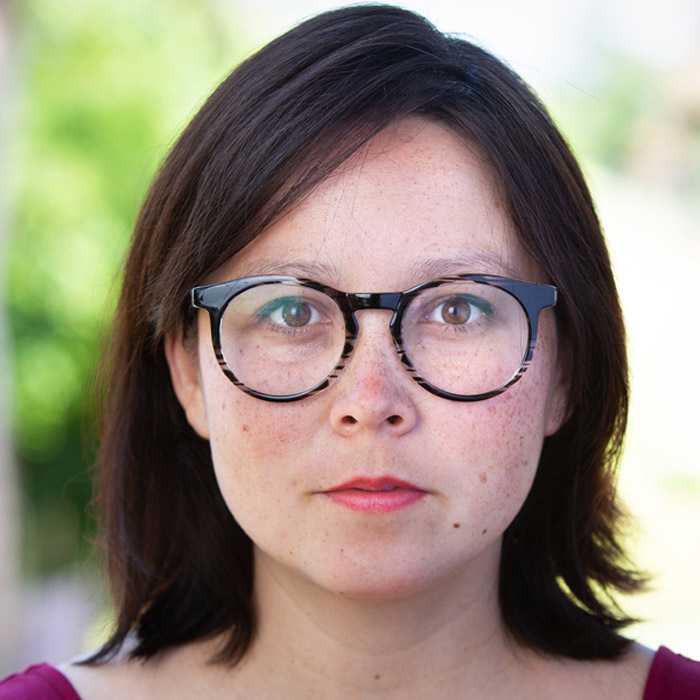 Kristian Lum is the Lead Statistician at the Human Rights Data Analysis Group (HRDAG), where she leads the HRDAG project on criminal justice in the United States. Previously, Kristian worked as a research assistant professor in the Virginia Bioinformatics Institute at Virginia Tech and as a data scientist at DataPad, a small technology start-up.

Kristian’s research primarily focuses on examining the uses of machine learning in the criminal justice system and has concretely demonstrated the potential for machine learning-based predictive policing models to reinforce and, in some cases, amplify historical racial biases in law enforcement. She has also applied a diverse set of methodologies to better understand the criminal justice system: causal inference methods to explore the causal impact of setting bail on the likelihood of pleading or being found guilty; and agent-based modeling methods derived from epidemiology to study the disease-like spread of incarceration through a social influence network. Additionally, Kristian’s work encompasses the development of new statistical methods that explicitly incorporate fairness considerations and advancing HRDAG’s core statistical methodology—record-linkage and capture-recapture methods for estimating the number of undocumented conflict casualties.

She is the primary author of the dga package, open source software for population estimation for the R computing environment.

Kristian received an MS and PhD from the Department of Statistical Science at Duke University and a BA in Mathematics and Statistics from Rice University. 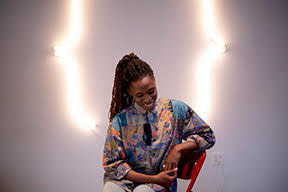 Mimi Onuoha is a Nigerian-American artist and researcher whose work highlights the social relationships and power dynamics behind data collection. Her multimedia practice uses print, code, installation and video to call attention to the ways in which people are differently abstracted, represented, and missed by digital systems.

Onuoha has been in residence at Eyebeam Center for Art & Technology, Studio XX, Data & Society Research Institute, Columbia University, and the Royal College of Art. Her exhibition and speaking credits include venues like La Gaitê Lyrique (France), FIBER Festival (Netherlands), Mao Jihong Arts Foundation (China), Le Centre Pompidou (France) and B4BEL4B Gallery (San Francisco). Her writing has appeared in Quartz, Nichons-nous Dans L'Internet, FiveThirtyEight, and K. Verlag. In 2014 she was selected to be in the inaugural class of Fulbright-National Geographic Digital Storytelling Fellows, and in 2017 she was nominated as a Technical.ly Brooklyn Artist of the Year.

Onuoha earned her MPS from NYU Tisch’s Interactive Telecommunications Program. In 2018-19 she served as Creative-in-Residence at Olin College for Engineering. She is an Assistant Arts Professor at NYU Tisch. 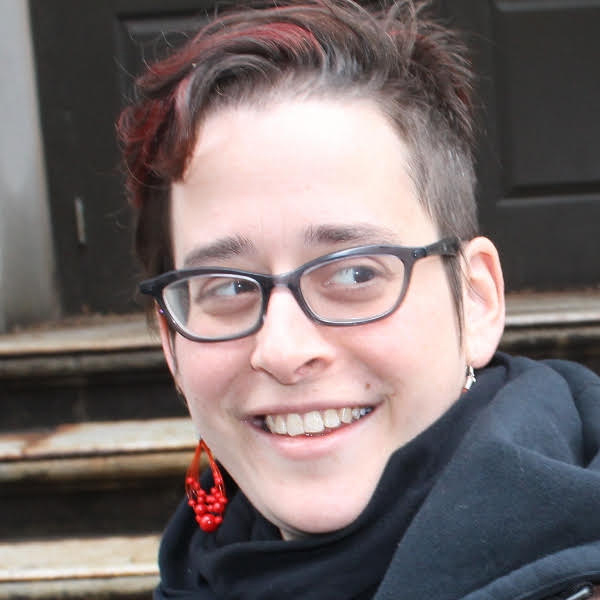 Hannah came to MMP as a volunteer, working on grassroots fundraising, and now serves as the Policy Director of the organization. As the Campaign Director at the Prometheus Radio Project, Hannah helped lead the grassroots organizing and legislative strategy that resulted in the passage of the Local Community Radio Act–a bill that opened up the FM dial to thousands more community radio stations nationwide.

Hannah led the CAP Comcast campaign–focused on holding Comcast accountable to poor and working people in Philadelphia and beyond. Hannah helped to build the Coalition for a Just District Attorney, a groundbreaking coalition helping to co-govern policy reform to end mass incarceration with Philadelphia District Attorney Larry Krasner.

She is a recent Soros Justice Fellow focused on risk assessment algorithms in pretrial decision-making, and a nationally recognized speaker and author on these issues. Hannah helped lead the process to design and release the Statement of Concern on Pretrial Risk Assessment with over 100 national civil rights, community, and data justice organizations. Hannah is a member of the Board of Directors of Allied Media Projects and at Fight for the Future; she is a trustee at the Valentine Foundation, the mom of two great kids and the partner to a brilliant community programmer. 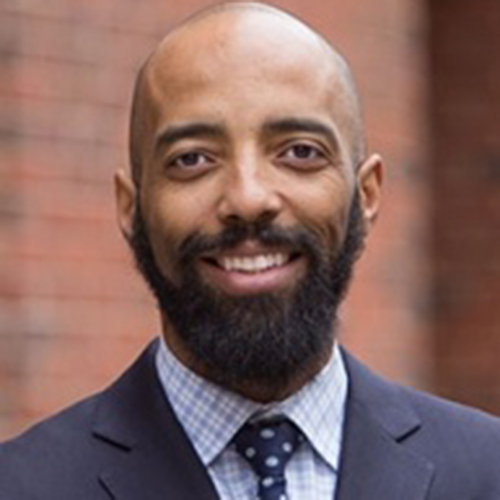 Vincent M. Southerland joined NYU Law’s Center on Race, Inequality, and the Law as its inaugural Executive Director in February 2017. He has dedicated his career to advancing racial justice and civil rights. Vincent comes to NYU Law after serving as an Assistant Federal Public Defender with the Federal Defenders for the Southern District of New York since 2015. Prior to his time at the Federal Defenders, Vincent spent seven years at the NAACP Legal Defense and Educational Fund, Inc. (LDF), where he was a Senior Counsel. While at LDF, he engaged in litigation and advocacy at the intersection of race and criminal justice, including the successful representation of death-sentenced prisoners across the American South and juveniles sentenced to life imprisonment without parole. He also led LDF’s advocacy efforts around race and policing, and was lead counsel in school desegregation and employment discrimination matters. Vincent previously served as a staff attorney at The Bronx Defenders, and an E. Barrett Prettyman Fellow at Georgetown University Law Center. He began his career as a law clerk to the Honorable Theodore McKee, Judge of the United States Court of Appeals for the Third Circuit, and the Honorable Louis H. Pollak, of the United States District Court for the Eastern District of Pennsylvania. Vincent holds an LLM from Georgetown University Law Center, received his JD from Temple University School of Law and his BA from the University of Connecticut.

Shoshana Zuboff is the author of three books, each of which signaled the start of a new epoch in technological society. In the late 1980s her decade-in-the-making In the Age of the Smart Machine became an instant classic that foresaw how computers would revolutionize the modern workplace. At the dawn of the twenty-first century her influential The Support Economy (with James Maxmin), written before the invention of the iPod or Uber, predicted the rise of digitally-mediated products and services tailored to the individual. It warned of the individual and societal risks if companies failed to alter their approach to capitalism. Now her masterwork, The Age of Surveillance Capitalism, synthesizes years of research and thinking in order to reveal a world in which technology users are neither customers, employees, nor products. Instead they are the raw material for new procedures of manufacturing and sales that define an entirely new economic order: a surveillance economy. She is the Charles Edward Wilson Professor Emerita at Harvard Business School and a former Faculty Associate at the Berkman Klein Center for Internet and Society at Harvard Law School.