Sponsored by the VCAM Media and Makers Initiative, Haverford College

Haverford College’s VCAM Media and Makers Initiative seeks two feminist ethnographic filmmakers to participate in a joint one-week residency at Haverford College, March 18-24, 2020. The residency’s goal is to support two underrepresented artists to claim the time, space, and a critically engaged community to move the needle forward on works-in-progress that engage in critical questions on ethnographic filmmaking. We seek applications from groups underrepresented in the film industry, including but not limited to women and gender non-conforming folks, people of color, LGBTQ, and people with disabilities. The residency is a collaboration between Haverford’s VCAM (Visual Culture, Arts, and Media) facility and Ethnocine Collective, a group of visual anthropologists & filmmakers who push the boundaries of documentary storytelling through decolonial & intersectional feminist practice. The residency is organized by Haverford Visual Studies and Anthropology faculty Emily Hong and Elena Guzman, who are both members of the Ethnocine Collective. VCAM is a state-of-the-art media facility that features a host of flexible spaces for teaching and making, including a film/media editing lab, a maker space, exhibition venues, an artist residency studio, a community kitchen, media classrooms, and more.

The program seeks underrepresented artists/filmmakers who have a current film or video project (inclusive of fiction, non-fiction, hybrid, immersive, and installation). We are interested in filmmakers working at the intersection of ethnographic approaches (broadly defined, inclusive of observational, cinema verite, sensory ethnography, etc) and intersectional feminist methodologies or concepts. In particular, we are looking for filmmakers whose work in feminist ethnographic filmmaking engages with one or more of the following themes: collaboration, movement-building, feminist phenomenology and aesthetics, affect and emotion, sensorial and immersive film and video, creative/experimental documentary, and alternative distribution. Work-in-progress may be at any stage (development, production, or post-production) at which a residency could prove instrumental.

In addition to the critical time and space to move their projects forward, artists will have the opportunity to share a work sample or rough cut in a tailored feedback session. Guided by the artists’ needs, we will invite five artists and visual studies scholars from Philadelphia and the local Quaker Consortium (Haverford College, Bryn Mawr College, Swarthmore College, and the University of Pennsylvania) to participate in the feedback session, followed by a dinner/social gathering.

This residency will engage with the students of the course Feminist Filmmaking Studio, co-taught by Guzman and Hong. As a part of the course, the two artists-in-residence will be asked to offer a master class (aimed at the class and open to the public) and hold limited artist office hours to meet with students. Artists will also have the opportunity to be featured on the Bad Feminists Making Films podcast (produced by Ethnocine and Rhiza Collectives), as part of a course assignment where students produce an episode for the podcast.

Applications will be juried by the six members of Ethnocine, with decisions announced in early February, 2020. 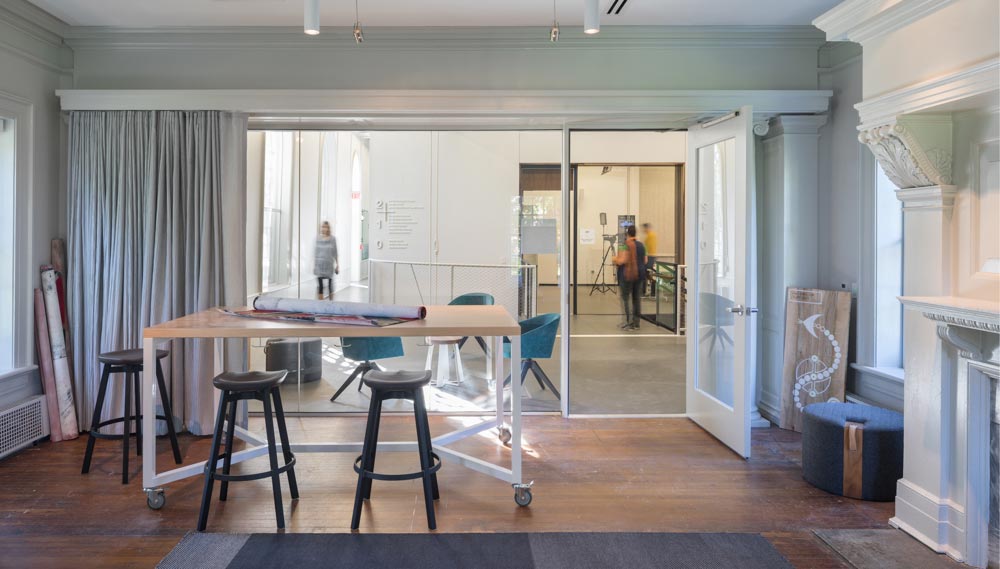 Elena H. Guzman is a documentary filmmaker, educator, and anthropologist. She earned her Ph.D. in Anthropology from Cornell University. Her research focuses on the performative imaginings of the nation, state, and cross border communities on the southern border of Haiti and the Dominican Republic. Currently, she is working on revising her dissertation into a book manuscript entitled Entangled Borders: Performance on the Edge of Nations in Haiti and the Dominican Republic. In addition to her work as a scholar, Elena is also a documentary filmmaker. She co-directed a film entitled Bronx Lives (2014) that explores homelessness for Latinx and African Americans in New York. She is also the director and executive producer of the film Smile4Kime, currently in post-production, that explores the intersections of race, gender, and mental health. As a part of her work in film, she co-founded a feminist filmmaking collective called Ethnocine and is a producer of the podcast Bad Feminists Making Films.

Emily Hong is a Seoul-born and New York-raised visual anthropologist and filmmaker. Her research interests include indigenous media, sensory ethnography, law and society studies, feminist epistemology, and the anthropology of collaboration. Emily’s research, films, and activist engagements are largely rooted in Thailand and Myanmar, where she has spent a decade, first as a human rights campaigner and trainer, and later as a filmmaker and researcher. Emily’s non-fiction film and video work combines feminist, decolonial and ethnographic approaches with impact-oriented storytelling. Her films GET BY (2014), NOBEL NOK DAH (2015), and FOR MY ART (2016), have explored solidarity and labor, womanhood and identity in the refugee experience, and the gendered spectatorship of performance art, respectively. Her current project ABOVE AND BELOW THE GROUND features indigenous women and punk rock pastors leading an environmental movement in Myanmar’s North. Emily is the co-founder of Ethnocine and Rhiza Collectives, co-host and producer of the Bad Feminists Making Films podcast, and a core member of the Asian American Documentary Network (A-DOC). She has screened and exhibited her work at the San José Museum of Art, Johnson Museum of Art, and at international film festivals. Her research and films have been supported by the National Science Foundation, Wenner-Gren Foundation, Center for Asian American Media, Bertha Foundation, and the Tribeca Film Institute.