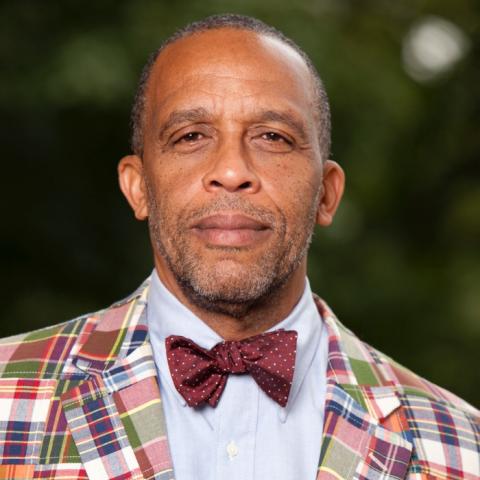 "Something happened here," you might say to yourself as you look at William Williams's photographs. Somehow, the sun soaked porch in his 1995 photo of the Harriet Beecher Stowe House is haunted by the echo of creaking floorboards where the author walked. Pictures of the Orantange River or springs in Delaware where once soldiers camped seem pregnant with stories. The viewer is obliged to re-examine the influence of terrain and architecture on the course of history when looking at Mr. Williams's photograph of Abraham Lincoln's boyhood room. Did Lincoln dream of becoming President after putting out a lamp after some late night reading? Is greatness stuck in the space between those rough beams? How could so much change be contained within such a tiny structure? Did Lincoln have any idea of the journey he was setting out on when he last passed through that sliver of a door? Mr. Williams's photos ask these questions, and in so doing bring ordinary life to larger-than-life history. Curiously, this transaction does not diminish the heroes, on which it focuses, but instead makes their achievements all the more remarkable. We can see how similar to us they were in the matter of fact aspects of life. And we can begin to wonder about what greatness, what capacity for change, and what power to pursue justice we may contain. The Esther Klein Gallery and the Samuel S. Fleisher Art Memorial in Philadelphia, Smith College, the Cleveland Museum of Art, and the Butler Institute of American Art in Ohio have all mounted solo exhibitions of Mr. Williams's work. His photographs have also been included in exhibitions at Historic Yellow Springs in Pennsylvania, the Baltimore Art Museum, the Philadelphia Museum of Art, the Pennsylvania Academy of the Fine Arts, the Tampa Museum in Florida and the Princeton University Museum. Mr. Williams's photographs are on permanent exhibition at the Pennsylvania Convention Center. His photographs are in the permanent collections of the Metropolitan Museum, the Cleveland Museum of Art, Philadelphia Museum of Art, the National Gallery of Art Washington among others. He has been honored with a grant from the Ford Foundation and fellowships from the John Simon Guggenheim Memorial Foundation, the Pew Fellowships in the Arts, the Pennsylvania Council on the Arts and the Massachusetts Council on the Arts. Mr. Williams has also received numerous faculty research grants from Haverford College, where he has been a professor of Fine Arts since 1978 and Curator of Photography since 1981.