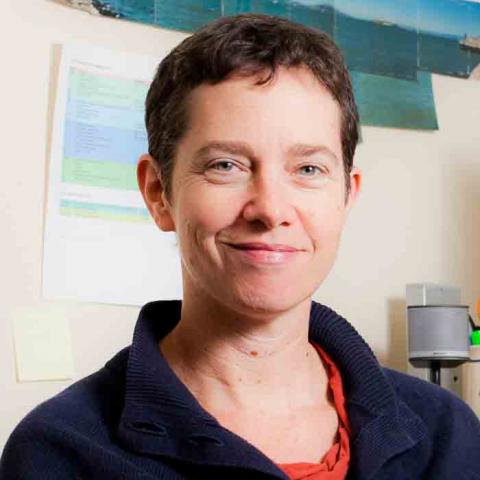 Vicky Funari is a documentary filmmaker, editor, and teacher. She produced, directed, and edited the feature documentaries MAQUILÁPOLIS (2006) and Paulina (1998); and she directed and edited Live Nude Girls Unite! (2000). These award-winning, critically acclaimed films have screened in many of the world's most respected film festivals, including Sundance, Locarno, Havana, Rotterdam, SXSW, and Tribeca. Her films have won numerous awards, including Grand Jury Prize and Audience Awards at the San Francisco International Film Festival; Lifetime Television's Vision Award at the Hamptons Film Festival; and Audience Award for Best Documentary at the Women’s International Film Festival of Barcelona.  Her films have aired on PBS, HBO, and the Sundance Channel. From 2006-2009, Funari directed the MAQUILÁPOLIS binational Community Outreach Campaign, using that film in conjunction with activist organizations and factory workers to promote public dialogue and social change. Funari has edited a wide range of projects, most recently the documentary Strong!, directed by Julie Wyman, which aired on the PBS strand Independent Lens in 2012. Funari is a Creative Capital grantee, a Guggenheim Fellow and a MacDowell Colony Fellow. She is currently directing two documentaries about water bodies:  one, currently in post-production, tells a story of healthy aging, community, and ladies in a pool; while the other, in development, is about American rivers and their environmental and human histories.
More at: www.vickyfunari.com