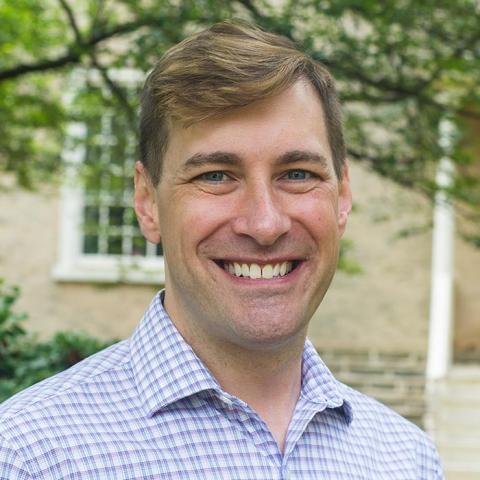 Nathan Zullinger is an Assistant Professor at Haverford College, where he conducts the Chorale, the Chamber Singers, supervises private vocal study, and teaches courses in the Department of Music. Through the Bi-College Partnership, he also teaches students from Bryn Mawr College. During his tenure he has premiered six new compositions, conducted numerous performances of lesser-known choral masterpieces, and led concert tours to Boston and Quebec. He has also initiated several tours and redeveloped the curriculum during the 2020-21 academic year due to the pandemic. He was presented with the Innovation in Teaching award by Haverford College in 2021 and served as a Faculty Marshall for the Class of 2022. In addition, Dr. Zullinger is the Associate Conductor and Director of Community Engagement for Singing City of Philadelphia.

In 2020, Dr. Zullinger formed Viva Voce, a professional choral ensemble to perform and record Curt Cacioppo’s Women of Ancient Greek Myth for Albany Records. The recording was balloted for a Grammy award and won the Ernest Bacon Prize for American Choral Music Performance in 2021. Viva Voce will return to the concert stage in September 2022 with music by Hugo Distler and Heinrich Schutz.

From 2014 until 2018, Dr. Zullinger was a member of the faculty at the University of North Carolina School of the Arts. At UNCSA, he taught courses in conducting and aural skills and conducted the Cantata Singers, an ensemble of vocal performance majors. The Cantata Singers performed many significant choral works under his baton, including J. S. Bach’s Magnificat and Ein feste Burg, Duruflé’s Requiem, Corigliano’s Fern Hill, Vaughan Williams’s Serenade to Music, and Respighi’s Laud to the Nativity. In addition, he prepared the ensemble for performances of Carmina Burana and Beethoven’s Symphony No. 9 and supervised collaborations with the UNCSA Schools of Film and Dance.

In addition, Dr. Zullinger taught for three years at the University of Rhode Island. At URI he conducted the University Chorus, taught aural skills and music appreciation, accompanied voice students, and served as conductor of the Opera Orchestra for performances of Die Fledermaus and Die Zauberflöte. He was also honored to conduct an ensemble of faculty singers and Rhode Island Philharmonic musicians in the world premiere of Eliane Aberdam’s full-length opera, Tamar. In 2006, Dr. Zullinger was invited to conduct Menotti’s opera The Medium at Brown University, and in 2009, he conducted the Boston University Concert Choir in a performance of Luciano Berio’s rarely-heard Magnificat.

For nearly six years, Dr. Zullinger served as Director of Music at Highland Presbyterian Church in Winston-Salem, North Carolina, where he directed ensembles for all ages and served as the organist for weekly services. He led Highland’s Chancel Choir in multiple concerts, including a celebration of the Benjamin Britten centennial, Duruflé’s Requiem, J. S. Bach’s Christ lag in Todesbanden, and the southeastern U. S. premiere of Scott Perkins’s A New England Requiem. Prior to accepting his appointment at Highland, he served in a similar role at the United Church in Walpole, Massachusetts, for eight years.

Dr. Zullinger graduated from Chambersburg (PA) Area Senior High School and received a Bachelor of Science degree in music education from Messiah College. While at Messiah, he studied conducting and voice with Linda Tedford and founded the Messiah College Student Chapter of the American Choral Directors Association. Dr. Zullinger received his Masters and Doctoral degrees in conducting from Boston University, where he studied with Ann Howard Jones, Dennis Shrock, and David Hoose.

Dr. Zullinger studied with Eduardo Navega at the Bard College Conductor’s Institute and with Joseph Gifford at the New Pathways in Conducting workshop in Nashua, New Hampshire. Selected as a Conducting Fellow at the Chorus America a cappella conducting workshop, he worked with Anton Armstrong Ronald Staheli, and Sigrid Johnson.

In Delightful Company, a recording featuring the Connecticut Choral Artists conducted by Dr. Zullinger, was released in 2012. Previous guest conducting engagements include the 80th annual performance of Handel’s Messiah with the Winston-Salem Mozart Club and a subscription concert with the Connecticut Choral Artists. He also performs frequently as a collaborative pianist and organist. His choral editions and arrangements are published by Morningstar and Colla Voce. His current areas of interest include the music of Charles Fussell; programming and best practices for liberal arts choral ensembles; conducting pedagogy; and mental health issues in today’s performers.