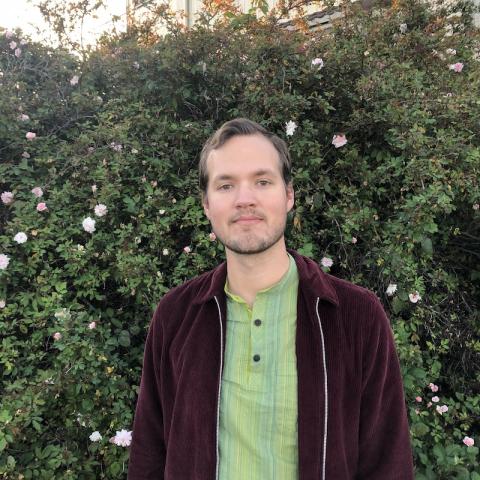 Luis Rodriguez-Rincon
he / him / his
Assistant Professor of Spanish
Hall 206
Make an Appointment
lrodrigue1 [at] haverford.edu

My research and teaching focus on medieval to early modern Spanish literature and culture from a transatlantic perspective. A comparatist by training, I teach students the importance of putting Spanish-language writers from nonmodern times into dialogue with their contemporaries in Europe (particularly England, France, Portugal, and Italy) as well as the Americas, Asia, and Africa. What emerges from this comparative dialogue is both the commonalities that unit these disparate parts of the world around shared literary forms and themes as well as an enriched understanding of the differences that make each tradition unique. As a migrant and native-Spanish speaker raised in the USA, I was taught the early modern period (or Renaissance) began and ended with Shakespeare. I am committed in my teaching to fixing that commonplace misconception by fostering knowledge of the Spanish language and its literary tradition.

In my research, I explore the shifting relations between nature and art in transatlantic literature and culture. My book project, Pagan Nature: Rivers, Sea Gods, and the Natural Order in the Early Modern Transatlantic World, explores the depiction of rulers in the sixteenth and seventeenth centuries as pagan river and sea gods in poetry and visual art. I argue the pagan gods stood at the point of intersection of nature with art for poets and created a conceptual channel through which human values were imposed on the natural world. This transfer worked to both naturalize and question the political and social hierarchies of Europe and the early Americas. I situate this interdisciplinary project at the intersection between literary studies, art history, and the history of science with a special interest in adapting the insights of the environmental humanities to the early modern period.

I am committed to creating an equitable and inclusive learning environment for all students at Haverford College. My own background makes me especially concerned with ensuring the needs of students of color, first-generation, LGBTQ, and international students are fully met. Likewise in my classes, I foreground issues of race, class, gender and sexuality as they relate to the medieval and early modern periods as well as to the more general topics of Spanish language and culture.