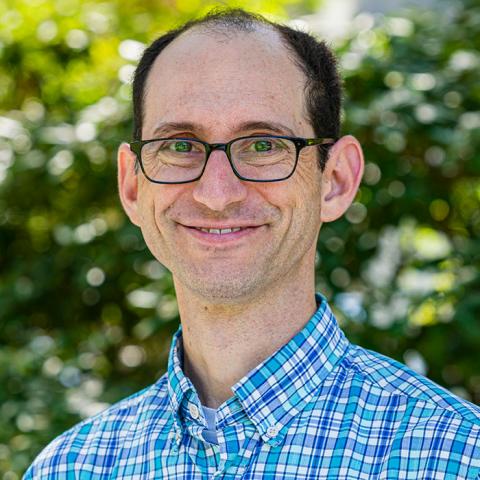 Though I flirted with physics and history as an undergraduate at Harvard, I became enamored with mathematics (and topology in particular) and graduated with an A.B. in mathematics in 1996. I then spent a year abroad in Cambridge, taking Part III of the Mathematical Tripos, on a Churchill Scholarship. I returned to this side of the Atlantic for graduate school at Stanford, where I earned my PhD in Mathematics in 2002. After a year as a postdoctoral lecturer at the University of Pennsylvania, I have been teaching at Haverford since 2003.

I am primarily interested in knots (yes, the things you use to tie your shoes) and surfaces, mostly in the context of contact and symplectic topology (which, as far as I know, cannot be used to tie your shoes). To a mathematician, a knot is like the knots you use to tie your shoes, with two differences: first, a mathematical knot has no ends, that is, it is a knotted up circle. Second, a mathematical knot has no thickness. Two knots are defined to be equivalent if one can be deformed into the other without cutting the string. Some natural questions --- at least for a mathematician --- include: does there exist a general and effective method for determining if two knots are, or are not, equivalent? How do we understand the set of all knots?  How do we measure the complexity of a knot?