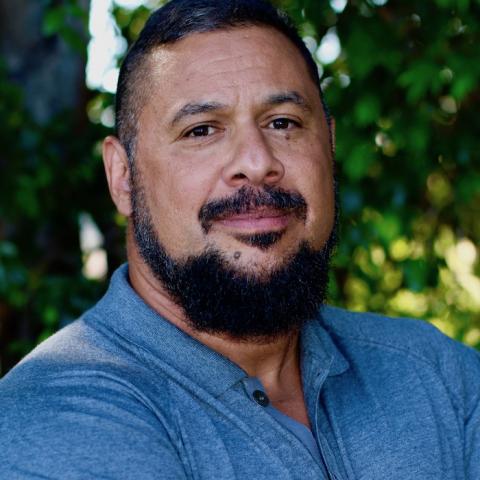 J. Reid Miller specializes in metaethics and the philosophy of race, with a focus on structural histories of language, subjectivity, and embodiment. His areas of interdisciplinary research and teaching include black studies, structuralism/poststructuralism, visual and literary theory, postcolonial philosophy and ethics, and queer theory. His book, Stain Removal: Ethics and Race (Oxford University Press, 2016; paperback 2019), traces the parallel, historical conception of ethics and race as parasitic “stains” upon an originally value-neutral and unraced personhood. Proposing that all perception is evaluative perception, it contends instead that subjects originate as differentiated and recognizable through inheritances like race. Other essays on philosophy, film, semiotics, and racial embodiment have appeared in journals such as Philosophy and Social Criticism, Critical Inquiry, Diacritics, and Sensibilia.

His current book project, Immortal Transits: A Theory of Inheritance, extends his examination of inheritance as a primary yet undertheorized idiom of passage. His essay “What Would a Philosophy of Inheritance Look Like?,” forthcoming in The Journal of World Philosophy, proposes the field of Inheritance Studies as a cross-disciplinary inquiry into the historically mobilizing conveyance of knowledges, qualities, and belongings that endows subjects as points of transfer. He is also a producer and writer for the award-winning documentary film 80 Years Later (2022) on Japanese American racial inheritance.

Miller received his Ph.D. in the History of Consciousness from UC Santa Cruz with an emphasis in philosophy, his M.A. in Media Theory and Experimental Film Production from the University of Iowa, and his B.A. in Film Theory and Psychology from Yale University. He is a UC President’s Postdoctoral Fellow and a Ford Foundation Dissertation Fellow. In 2018, he was a Visiting Scholar at the Center for Comparative Studies of Race and Ethnicity at Stanford University. He is currently an Associate Editor for the journal GLQ: A Journal of Lesbian and Gay Studies.