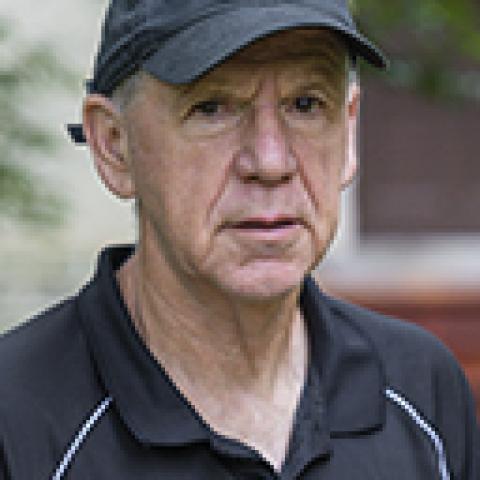 Fran Rizzo, who begins his 30th year as Haverford College’s women’s cross country and track & field coach during the 2019-20 academic year, has guided the Fords to 14 Centennial Conference titles in cross country and track & field. Rizzo is a two-time NCAA Division III Mideast Coach of the Year as he swept the 2004 honors in both indoor and outdoor track & field. He is seven-time Centennial Conference Coach of the Year and has coached student-athletes to a total of 47 All-American honors.

Rizzo’s cross country squads have qualified for the NCAA Championships as a team 17 different times during his tenure. On top of that, the Fords have sent individuals to the national meet on seven other occasions, making it 24 seasons in which Haverford has been represented at the NCAA Cross Championships under Rizzo. The Fords’ leader is a three-time Centennial Conference Coach of the Year in cross country (2009, 12, 13).

Entering the 2019 season, Haverford had qualified for the national meet as a team in seven of the last nine seasons. His squads have posted six different top 15 finishes at the NCAA Championships, including a program-best 10th-place finish during 1993 Centennial Conference Championship season. His most recent top 15 finish came during the fall of 2012 when the Fords placed 12th overall.

Women’s cross country has earned 13 All-American certificates in Rizzo’s coaching tenure. This list includes five individuals that have been two-time cross country All-Americans. The most recent addition to that All-America list came with Emily Lipman ’12. Jane Steinemann ’04, Rachel Mosher ’99, Meredith Unger ’97, and Jen Maranzano ’94 were two-time All-Americans under Rizzo, while Annick Lamar ’08 and Fiona Hendry ’16 have also earned All-America status. Maranzano was a three-time Centennial Conference Champion in cross country, recording a pair of top 10 finishes at the NCAA meet.

As the 2009-10, 2014-15, and 2015-16 Centennial Conference Indoor Track & Field Coach of the Year, Rizzo has led Haverford to 17 All-America honors during the indoor season. This list of All-America performances includes three individuals that were earned All-America status on multiple occasions.

Headlining this list of indoor All-Americans is four-time All-American Aislinn Sowash ’07. Sowash earned each of her All-American honors in the 55-meter hurdles. Maranzano and Mosher were each two-time All-Americans in the 5,000 meters during their careers. Katie Sullivan ’18 was the latest individual to add her name to that list. Sullivan was a part of Haverford’s first All-America relay team (DMR) which placed third overall in 2016 and followed that up with All-American status in the mile during her junior season. The Fords have also had two runners, Emily Dorean ’97 and Unger, earn All-America status in the 1,500 meters. More recently, Jessie Belden ’09 (Pentathlon) and Lamar (Mile) have gone on to become an All-Americans.

The holder of a Bachelor of Science degree in elementary education from West Chester University, Rizzo has extensive teaching and coaching experience in the Philadelphia area. He guided the cross country and track teams at Devon Preparatory School to several league championships in the 17 years he spent there prior to his arrival at Haverford. He has also coached at the Main Line Day School and in the Philadelphia Recreation Department.