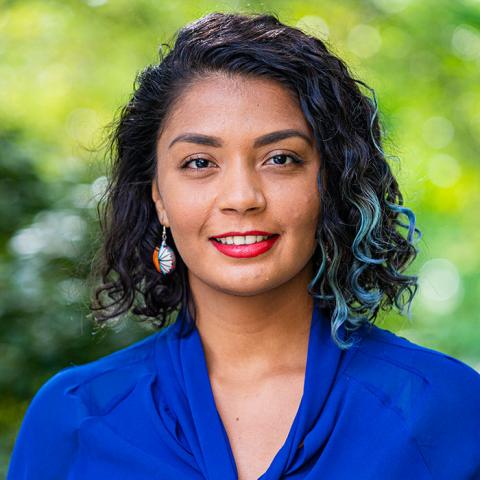 Elena H. Guzman is a documentary filmmaker, educator, and anthropologist. She earned her Ph.D. in Anthropology from Cornell University. Her research focuses on the performative imaginings of the nation, state, and cross border communities on the southern border of Haiti and the Dominican Republic. Currently, she is working on revising her dissertation into a book manuscript entitled Entangled Borders: Performance on the Edge of Nations in Haiti and the Dominican Republic. In addition to her work as a scholar, Elena is also a documentary filmmaker. She co-directed a film entitled Bronx Lives (2014) that explores homelessness for Latinx and African Americans in New York. She is also the director and executive producer of the film Smile4Kime, currently in post-production, that explores the intersections of race, gender, and mental health. As a part of her work in film, she co-founded a feminist filmmaking collective called Ethnocine and is a producer of the podcast Bad Feminists Making Films.