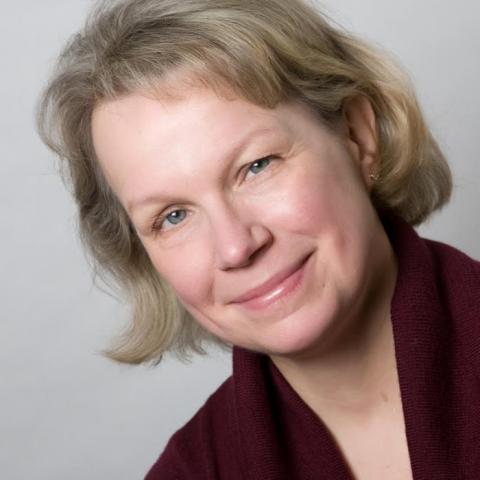 Christine Carlson Cacioppo holds a Bachelor of Music in piano performance from Kent State University, where she studied piano with Margaret Baxtresser and harpsichord with Ruth Nurmi. She was a graduate fellowship recipient at New York University, where she earned a Master of Arts in musicology, researching medieval and renaissance music under Gustave Reese, and writing her thesis on Masonic symbolism in Mozart's opera The Magic Flute. She then followed a curriculum of self-directed study, working on motet literature with Nino Pirrotta at Harvard University, and embarking on a piano teaching career as an affiliate of the Harvard/Radcliffe Office for the Arts. During that time she was a member of Libramentum, a chamber ensemble which performed in various venues throughout the Cambridge/Boston area. With her move to Haverford and the birth of her two sons, she took a leave from teaching and playing, spent a sabbatical year in Europe with her family, and then began to build a private studio in the Haverford area. In addition to teaching Haverford and Bryn Mawr College students within the Music Department's private study program, she has taught piano at the Rosemont School, the Shipley School, and continues to teach at the Haverford School. She was a visiting instructor in music appreciation at Eastern College, and an interim music faculty member at Haverford College in 1990-91 and in the spring of 1998. Since the fall of '98, Mrs. Cacioppo has been visiting instructor in music at the College, having developed Music 107, Introduction to Piano, into a unique course which serves as both music appreciation and as a foundation for building basic theory and piano skills.