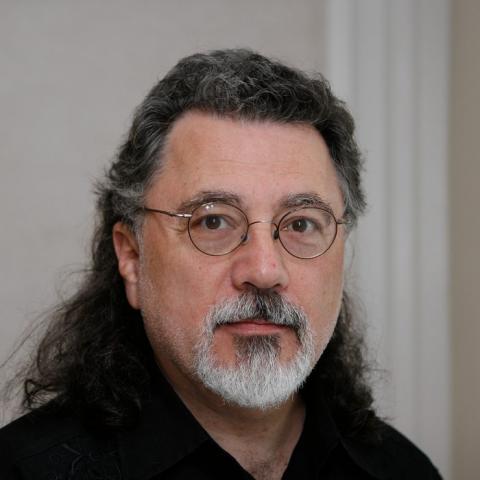 Curt Cacioppo was born in 1951 in Ravenna, Ohio. His paternal lineage is Sicilian and maternal lineage Anglo-Saxon. He began his first piano lessons at age 9 under the guidance of his mother. His first recital was at age 11 at Kent State University's School of Music, where he received his baccalaureate degree a decade later, studying composition and majoring in piano. He participated in master classes led by Arthur Loesser, John Browning, Ruth Laredo, Robert de Gaetano, and others. At the Blossom Festival School he coached chamber music under principal members of The Cleveland Orchestra, including oboist John Mack and violinist Josef Gingold, and pianist Tung Kwong Kwong, a disciple of Schnabel. From Ohio he went to New York University and earned a Master of Arts degree (1976) in musicology under Gustave Reese. His thesis dealt with music of the liégeois composer Johannes Ciconia, who flourished in Padua in the late trecento/early quattrocento. During his time in NYC, Cacioppo won an American Society of University Composers award for his Klavierstück, which was premiered at the ASUC national conference. From New York, Cacioppo went on to Harvard University. As a graduate student he received the Variell Scholarship and won the Frances Boott composition prize. Under Leon Kirchner, Earl Kim (both protégés of Arnold Schoenberg) and Ivan Tcherepnin, he took his MA (1979) and Ph.D. (1980) in composition, and was appointed to the faculty for a four year period. During this time, his music was premiered by the Bach Society Orchestra, the Akron Symphony under Louis Lane, on the Fromm Contemporary Music Series, and on the Bösendorfer Concert Series in New York. In 1983 he moved from Cambridge to Philadelphia to join the faculty of Haverford College, where he is Ruth Marshall Magill Professor of Music.